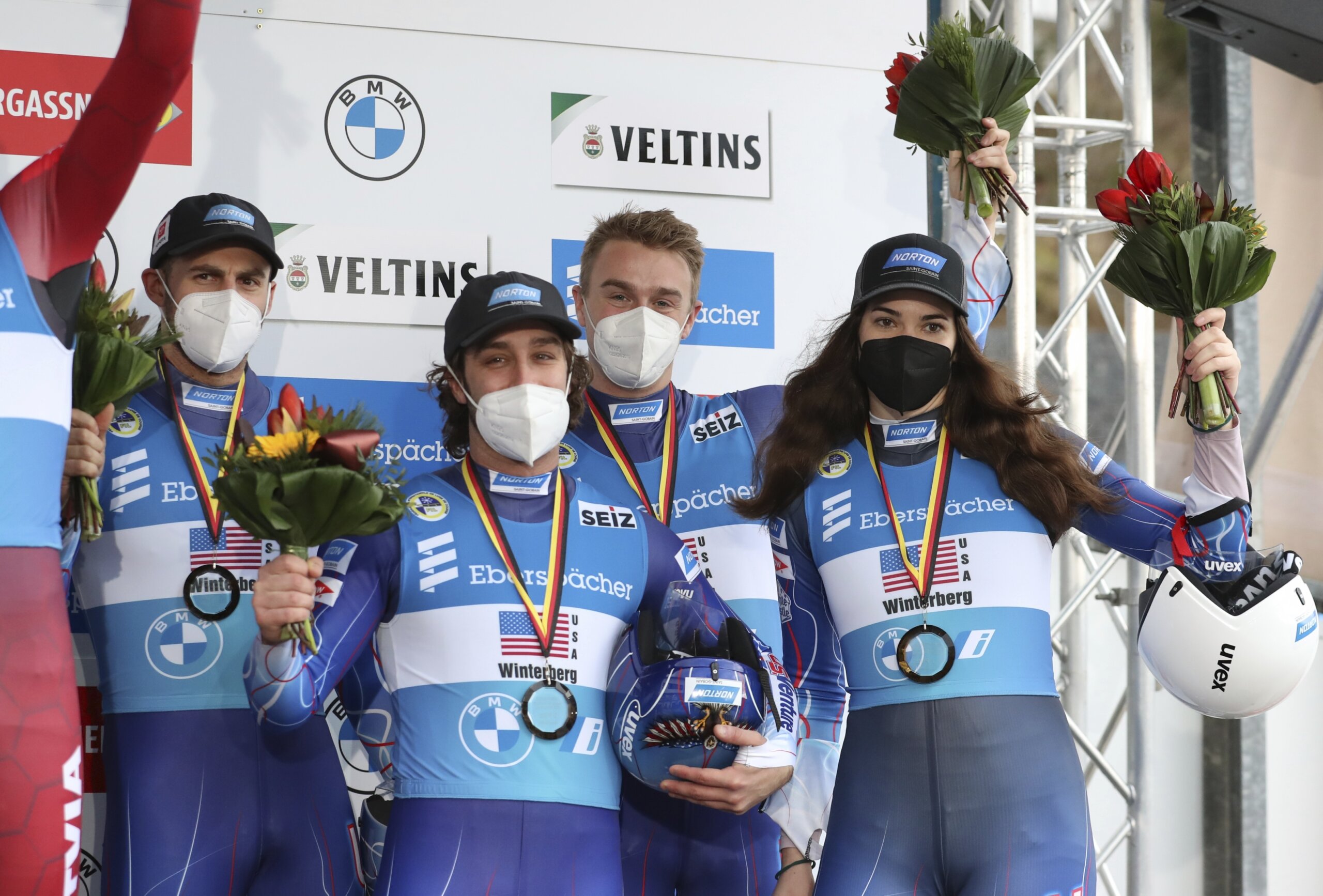 Olympic veterans Chris Mazdzer and Jayson Terdiman crashed out of a World Cup qualifying race on Friday, ending their hopes…

Olympic veterans Chris Mazdzer and Jayson Terdiman crashed out of a World Cup qualifying race on Friday, ending their hopes of being the doubles sled that represents USA Luge at next month’s Beijing Games.

That spot will now go to either Zach Di Gregorio and Sean Hollander, or Dana Kellogg and Duncan Segger. The Di Gregorio-Hollander sled has the edge going into Saturday’s World Cup doubles race, after finishing ahead of the Kellogg-Segger sled in the qualifying race Friday in Sigulda, Latvia.

The rest of the U.S. Olympic luge team for the Beijing Games is now basically set, pending formal nomination on Monday: Summer Britcher, Emily Sweeney and Ashley Farquharson will be the team in women’s singles, while Mazdzer — the 2018 Olympic silver medalist — along with Tucker West and Jonny Gustafson are the likely selections in men’s singles.

It would be the first Olympics for Farquharson, Gustafson and whichever U.S. doubles sled advances.

Terdiman has said he’s retiring after this season. He was bidding to make a third consecutive Olympic team with a third different doubles partner, something that hasn’t been done in USA Luge history.

“It has been an absolute pleasure to compete for the U.S.,” Terdiman said. “There is no greater honor.”

The rules within USA Luge’s selection process are complicated, but the bottom line is fairly simple — the better World Cup results a sled has, the better its Olympic chances become. A top-five finish in a World Cup race goes a very long way toward securing a nomination to the U.S. Olympic team.

But there were no races again this season on the tracks the Americans know best in North America. The International Luge Federation pulled races out of Whistler, Canada, and Lake Placid, New York, this season, citing concerns about how Russian athletes would get visas to enter North America, and rescheduled both of those events for the 2014 Sochi Olympic track in Russia.

And that move didn’t help the cause for Mazdzer and Terdiman, since they didn’t have any weekends with a home-ice edge. Their best finish in a full-field doubles race was an 11th-place showing at Sochi, and no doubles sled got the top-five finish that would have moved it much closer to Olympic qualification.

That meant the competition to earn the U.S. doubles spot came down to this weekend, the final racing stop before the Olympic team is nominated. Di Gregorio and Hollander were eighth in the qualifying race, one spot ahead of Kellogg and Segger — the difference being just 0.069 seconds.

Mazdzer and Terdiman had the fastest times midway through the qualifying race but lost control not long afterward and failed to finish, sealing their fate.