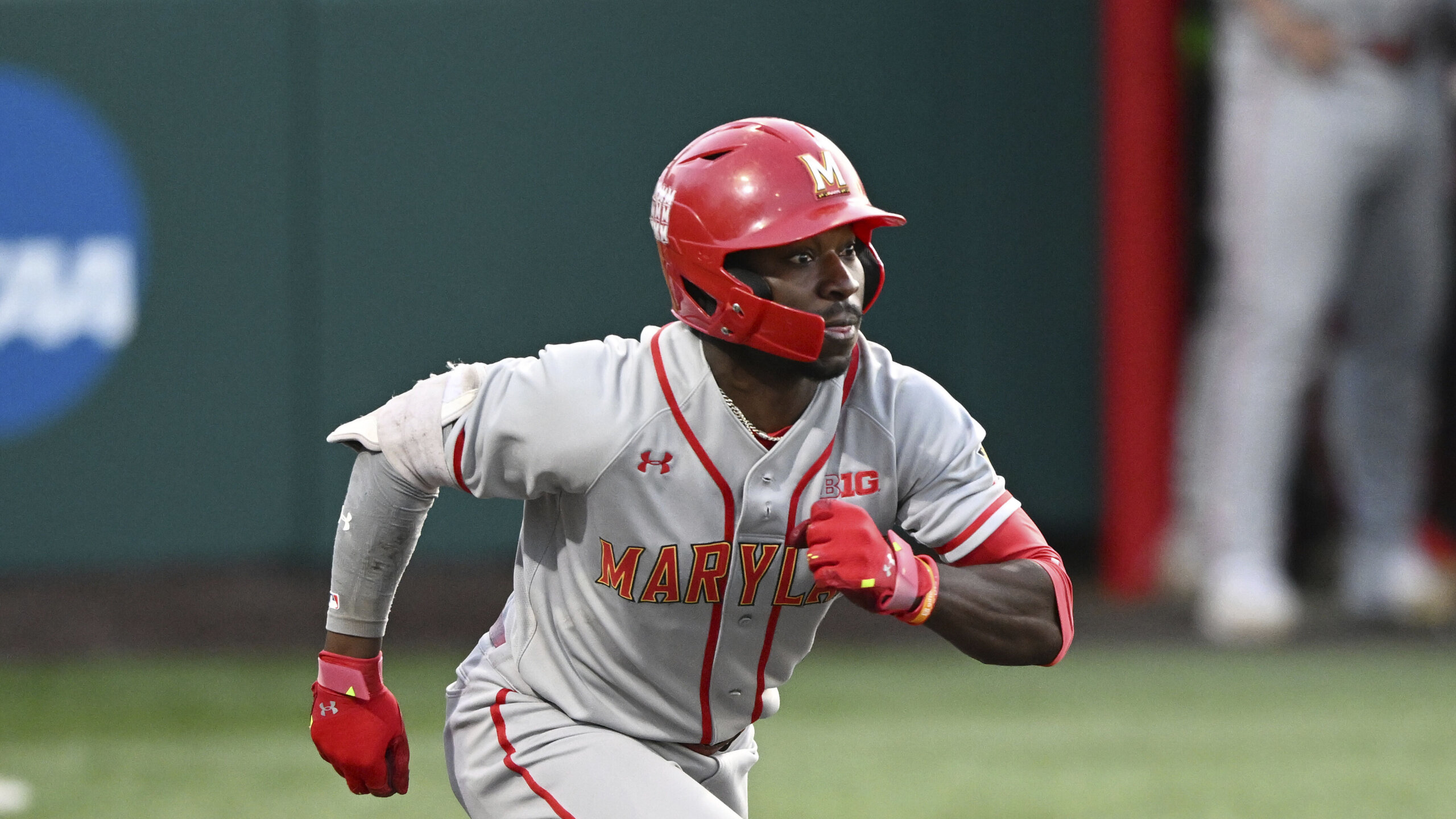 Amid a late controversial call at first base and a near-rally from an eight-run deficit, Maryland baseball fell to Connecticut 11-8 in the College Park Regional championship game Monday night.

Amid a late controversial call at first base and a near-rally from an eight-run deficit, Maryland baseball fell to Connecticut 11-8 in the College Park Regional championship game Monday night.

How the hell do you call the runner out? pic.twitter.com/vnUYPB70LT

No. 15 overall seed Maryland opened with a Luke Shliger leadoff home run to take an early lead but Matt Donlan capped a six-run bottom of the first inning with a grand slam that gave UConn (49-14), the region’s third seed behind the Terrapins and Wake Forest, early control after Maryland (48-14) forced Monday’s game by beating the Huskies 7-6 in 11 innings on Sunday.

All the first-inning damage to Maryland and starter Andrew Johnson (2-1) occurred with the bases empty and two outs. Johnson lost the strike zone, walking four straight batters to force in the first run. Sean Heine replaced Johnson and hit T.C. Simmons with his first pitch to plate another run. Donlan followed with his slam to right-center field on a 0-2 count.

The Huskies led 9-1 after four innings, but Troy Schreffler and Kevin Keister had RBI singles in a four-run fifth as Maryland took advantage of an error by Huskies’ right fielder Casey Dana to score three unearned runs and pull within 9-5.

Chris Alleyne hit a two-run homer in the seventh and Keister added a RBI double in the eighth for the Terps, pulling them within two runs until a momentum-changing play at first base.

On a bloop infield single, Alleyne collided with UConn first baseman Ben Huber after the throw to the base was dropped. Alleyne was called out, negating a run that would have cut the deficit to one run with only one out and a potential tying run on base.

Alleyne ran straight down the baseline. He collided with the UConn first baseman, who was in fair territory. But there was nowhere for him to go. Would have been the tying run aboard with 1 out in the 8th AND they put the runner back at 3rd base. Awful call.

A Bryan Padilla RBI single in the bottom of the eighth would cap the scoring as UConn closer Justin Willis pitched two perfect innings for his 15th save, striking out a pair.

Connecticut advances to the Super Regional for the first time since 2011.

The Associated Press contributed to this report.