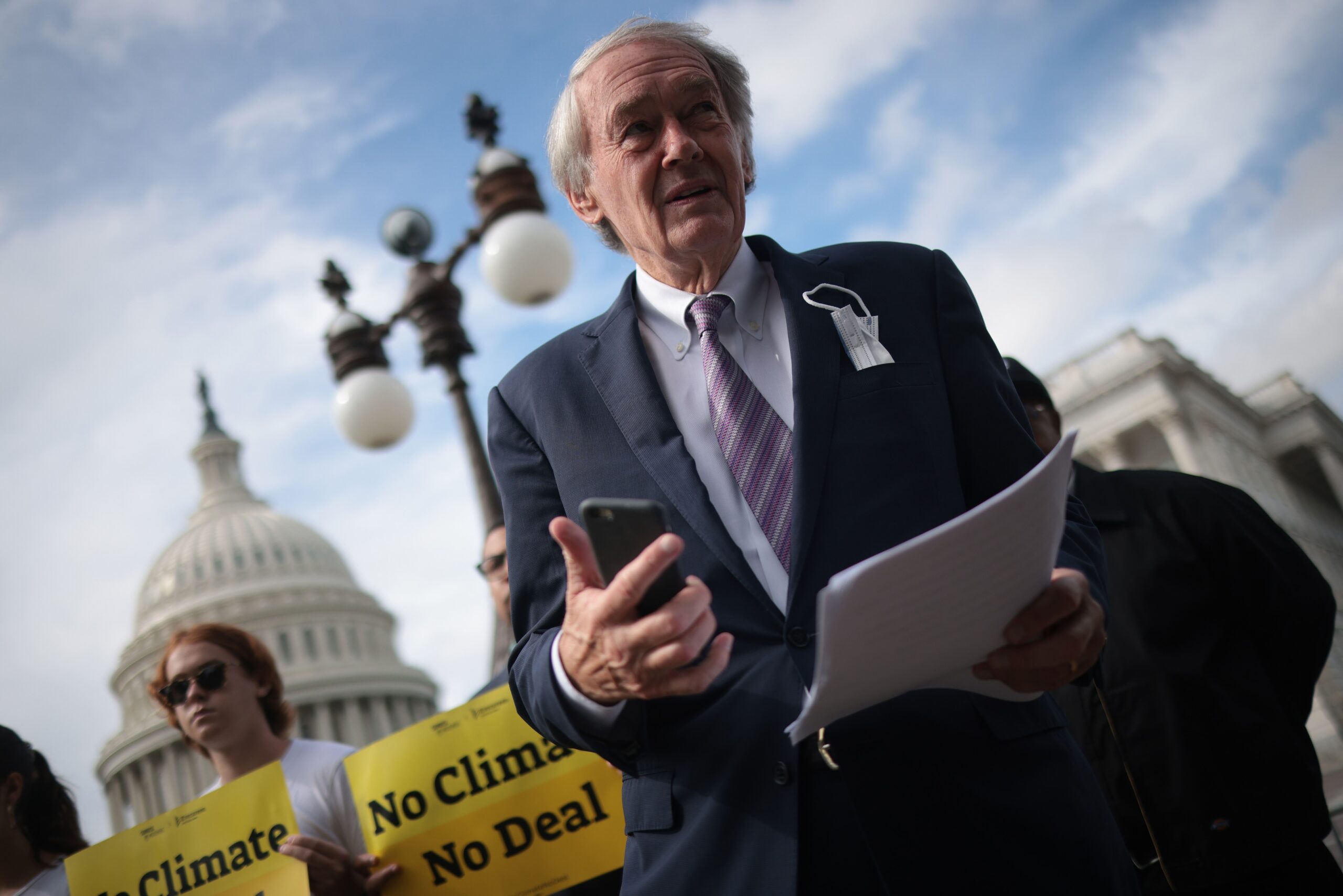 Massachusetts Sen. Ed Markey introduced a bill in Congress Tuesday that would cut off an estimated $20 billion in revenue for Russia this year by stopping American purchasing of Russian oil.

The bill, aptly named the “Severing Putin’s Immense Gains from Oil Transfers” (SPIGOT) Act, would primarily accomplish this by prohibiting all imports of Russian crude oil and petroleum products into the U.S., effective immediately, unless given a national security waiver from the President.

It would also order a report identifying entities involved in importing Russian oil into the U.S., would have the President impose sanctions on those entities, and demand the creation of a strategy that prioritizes green energy as an alternative to Russian oil.

The SPIGOT Act is meant to further punish Russia economically for its invasion of Ukraine, on top of the American and European sanctions that are already in place, and help wean the country off of carbon-polluting fuels.

A pamphlet about the act alleges that in 2021, the U.S. private sector imported 245,194,000 barrels of oil from Russia, which provided Russia an estimated $17.5 billion in revenue.

It also says that while many politicians are aware of Russian companies’ and individuals’ direct ties to the Putin Administration and Russia’s human rights abuses, there is currently no government-led investigation or reporting in the U.S. that analyzes the links between energy sector profits, corruption, and human rights abuses in Russia.

The pamphlet says that the act would ensure that “American consumers aren’t subsidizing the costs of Putin’s war of illegal aggression against Ukraine or human rights abuses in Russia.”

The bill comes at a time when more and more companies and individuals are boycotting Russian products. At the same time, many consumers are lamenting skyrocketing gas prices.