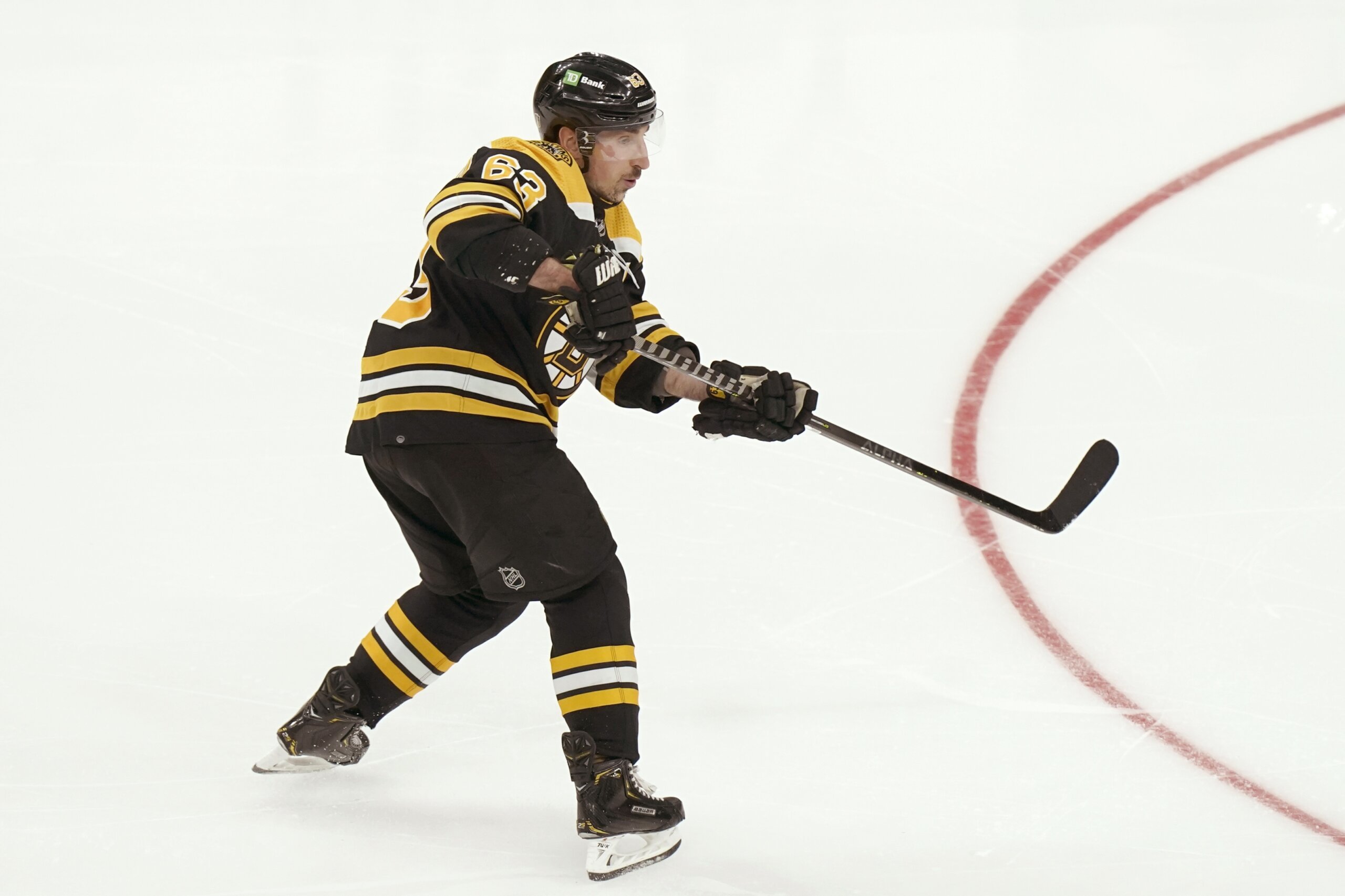 BOSTON (AP) — Brad Marchand had two goals and three assists, including the tiebreaker early in the third period, and…

BOSTON (AP) — Brad Marchand had two goals and three assists, including the tiebreaker early in the third period, and the Boston Bruins beat the Carolina Hurricanes 5-2 on Sunday to even their first-round playoff series at two games apiece.

Boston was playing without its top two defenseman after Charlie McAvoy was a last-minute scratch and joined Hampus Lindholm on the sideline, but the Bruins twice rallied for their second straight playoff win.

Patrice Bergeron had a goal and two assists, and David Pastrnak had one of each for the Bruins. Rookie Jeremy Swayman made 23 saves.

Brett Pesce and Jordan Staal scored for Carolina, and Antti Raanta returned to stop 23 shots for the Metropolitan Division champions.

Game 5 of the best-of-seven series is Tuesday night in Carolina, and Game 6 will be in Boston on Thursday.

Ryan O’Reilly added a goal and two assists, and Perron also had an assist for the Blues.

Game 5 is Tuesday night at St. Paul, Minnesota, before returning to St. Louis for Game 6 on Thursday.