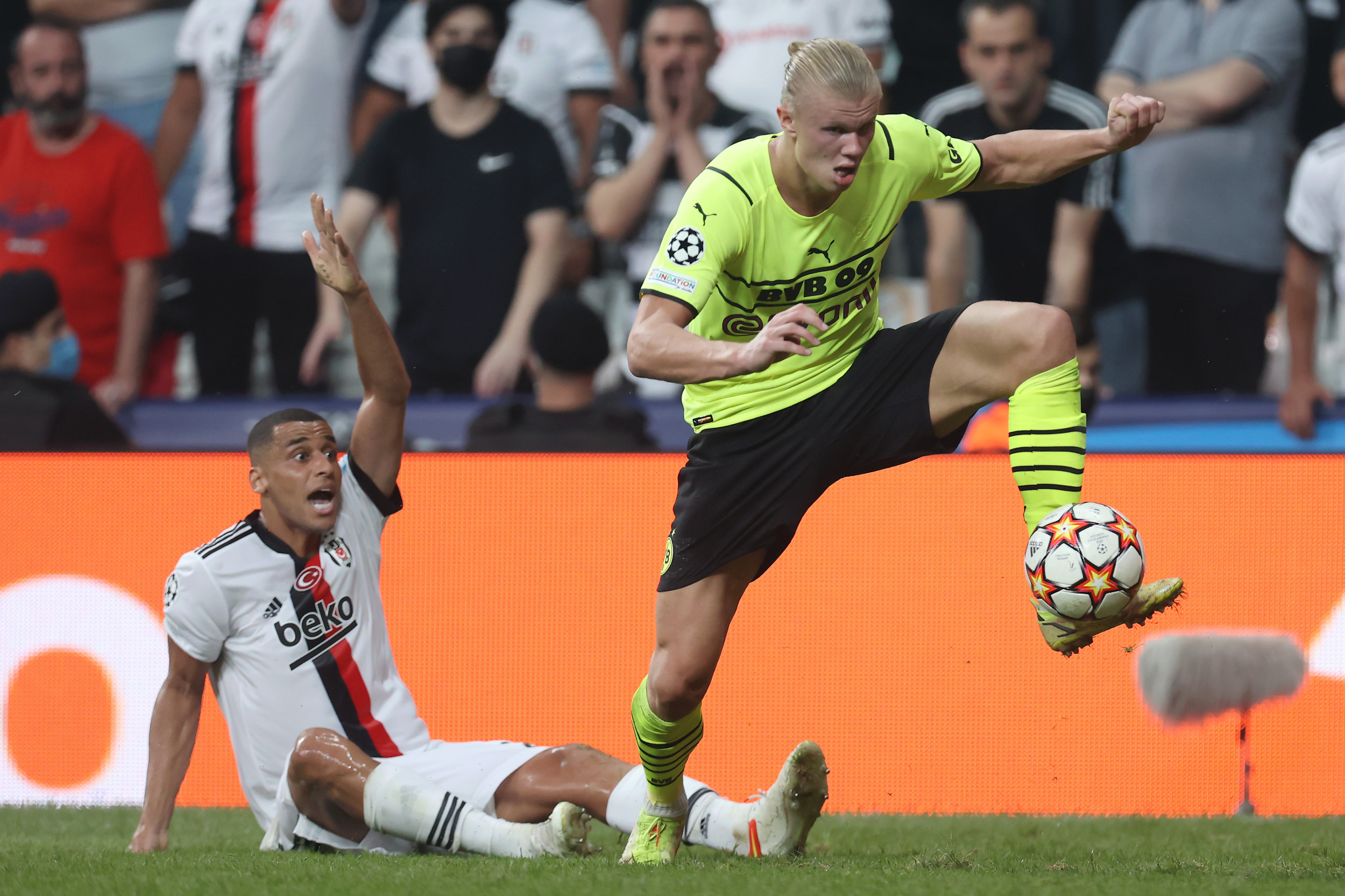 Spanish media outlets have been claiming for the past several months that Borussia Dortmund striker Erling Haaland is leaning towards joining a Spanish club this summer. However, the story in Germany is entirely different, with Premier League champions Manchester City believed to be frontrunners for the Norwegian’s signature.

Contrary to numerous other reports, German publication Bild says that Haaland is not as inclined to join either Real Madrid or Barcelona as previously thought. With Barcelona’s financial issues, Los Blancos were thought to be in the front foot when it comes to landing the in-demand striker.

However, Manchester City are leading the race if the German reports are true. The claim is not entirely far-fetched, owing to the fact that the Sky Blues can certainly challenge anyone else if it comes down to a bidding war.

It may be remembered that Pep Guardiola’s side failed in their bid to lure Harry Kane away from Tottenham Hotspur last year, and they are still keen to fill the void left behind by Sergio Aguero’s departure.

At 21-years-old, The Dortmund star is a mouth-watering prospect for a club that is looking for a long-term signing.

This summer is also a prime opportunity for interested suitors, with a 75 million euro release clause set to be activated. It will be a bargain for interested clubs, who would have been required to shell out easily twice as much according to Dortmund’s valuation of the player.

Real Madrid have also been open about their interest in signing Paris Saint-Germain forward Kylian Mbappe. It would be an ambitious but plausible project to bring both forwards to the Santiago Bernabeu in the same transfer window. However, Florentino Perez is an ambitious man, making the move a real possibility.

Mbappe reportedly approved the double move, saying that he is versatile enough to play alongside the number nine. However, the player himself has claimed in recent interviews that his own future is not yet decided, despite rejecting all of PSG’s renewal offers to date.

It will be a game of musical chairs this summer, with a number of high profile names expected to change hands. Haaland is one of the hottest players on the market, and it is expected for his name to be attached to most of the world’s biggest clubs leading up to the transfer window.