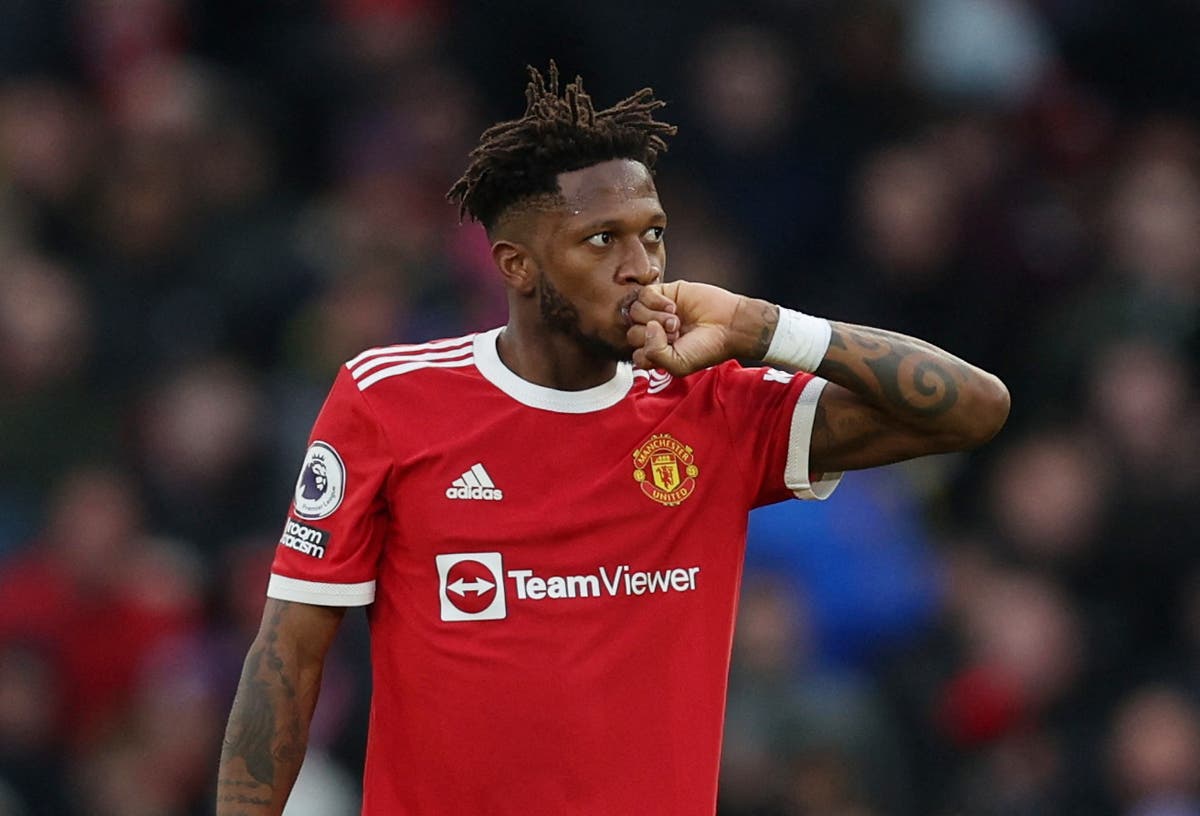 Maddison with the perfect delivery, Fofana flicks it on to the far corner but De Gea somehow gets across to tip it behind.

This is not looking like a match that is going to finish 1-1.

72 mins: Leicester should be in front!

Iheanacho gets in behind, it’s a tight angle and he goes for something clever. Tries to scoop it over De Gea… he does that, but it’s also over the bar.

69 mins: Maguire has to flick the ball away at the back post, after another dangerous cross from Maddison.

Corner swung in, Maguire again in the right place. Game has finally burst into life!

That didn’t take long. Fred flicks the ball throught to Fernandes, he works it into space on the edge of the box and his shot is palmed away by Schmeichel.

It’s straight into the path of Fred, who lifts the rebound into the roof of the net.

65 mins: Leicester haven’t been as dangerous since the break, but that was a brilliant goal. So, so good from Maddison.

Over to United. You feel even a draw would be seriously damaging to their top-four hopes.

LEICESTER HAVE THE LEAD!

Initial corner is cleared, United look to counter through Fred but it breaks down and Leicester can go back on the attack themselves.

Wonderful cross in from Maddison, Iheanacho is there at the back post to stoop down and head past De Gea.

62 mins: Barnes has his sixth shot of the match… still yet to hit the target.

It’s brilliant from the winger though, nutmegs Dalot as he cuts inside into the box. Goes for goal, Maguire is across to block.

Corner for the Foxes.

59 mins: Telles takes, doesn’t beat the first man. That’s one way to kill the mood among the home fans.

Pogba then tries to clip a pass through to Maguire, it sails over his head and out of play for a goal kick.

57 mins: First Leicester break for a while, Iheanacho tries to flick it to a teammate… there’s no teammate there.

Pogba floats a ball over the top, Rashford runs onto it and wins a corner for his side. Noise inside Old Trafford goes up a level.