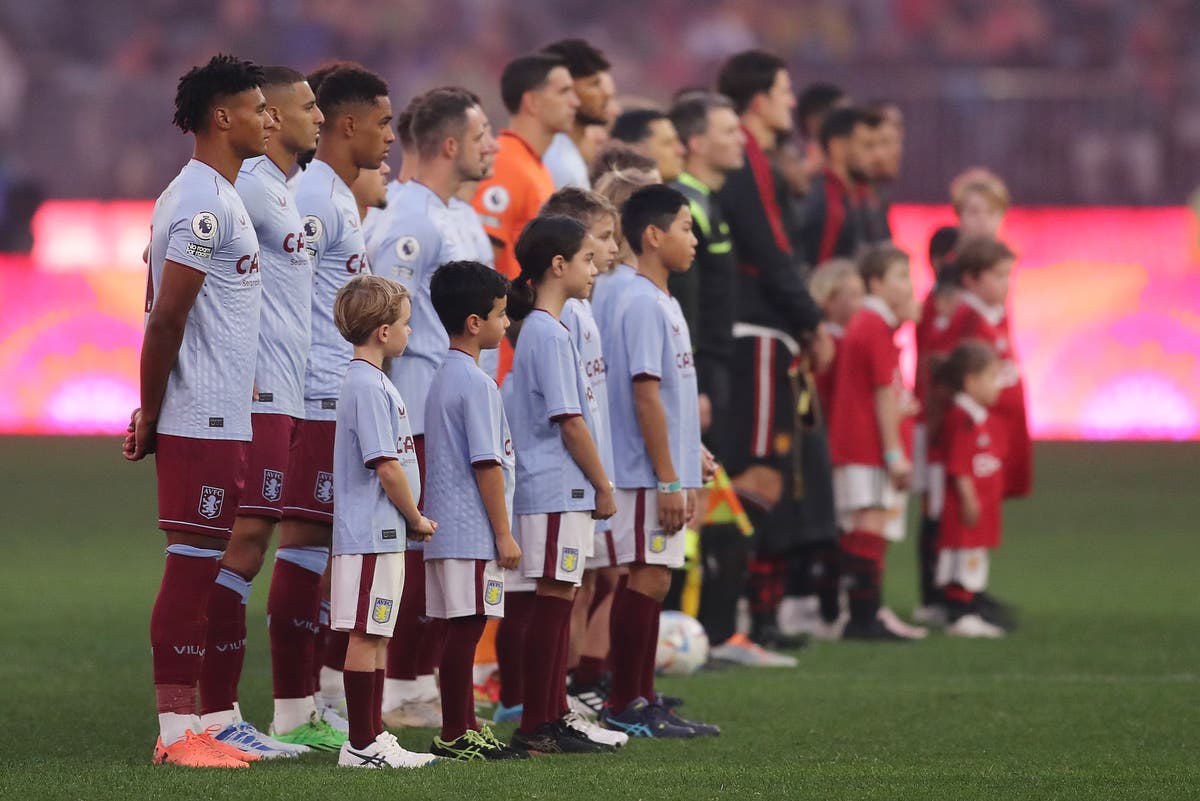 We are this morning treated to another all-Premier League affair as Erik ten Hag will look to continue his fine start to life in his new job against Steven Gerrard, who will no doubt like to take the manager down a peg or two in Perth. United have played three and won three during pre-season so far, including convincing wins over Liverpool and Crystal Palace.

Ten Hag appears to be having an instant impact on the squad, and especially Anthony Martial who has scored in every game to earn him a spot in the first team for the coming season, having last term being shipped out on loan. A number of other players have also stood out, but face a Villa team who have also impressed Down Under by beating both Leeds United and Brisbane Roar.

Follow the pre-season friendly LIVE with Standard Sport below!

10min: Cash involved again, this time back in defence as he prevents Rashford running onto the ball and into the area.

The pitch is in all sorts of disarray.

8min: Lovely strike from Cash, who has De Gea panicking with a low drive across goal from around 22 yards.

6min: Superb save from Martinez to keep out a Maguire header! No boos that time.

2min: Two minutes in and the pitch is already playing havoc with players slipping.

Not what you need two weeks ahead of a new Premier League season.

1min: First thing to immediately point out is the literally patched together pitch. There are big lighter shades of green turf across the pitch, which is already cutting up.

We’re underway in a sold out Optus Stadium in Perth.

A first start to Donny van de Beek under Erik ten Hag today. Scott McTominay is missing after the boss decided not to risk his fitness.

Harry Maguire’s name is subjected to boos again, this time just for the appearance of his name on the stadium board.

A mixture of cheers and boos.

Kick off is just over 10 minutes away.