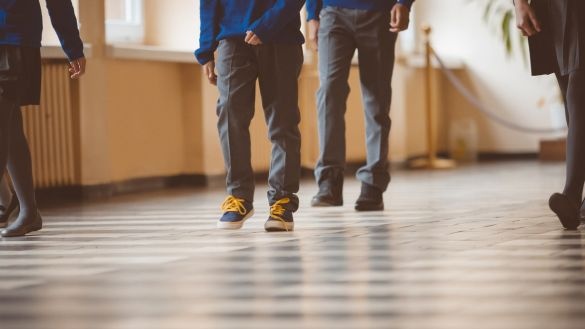 Fine Gael Senator Regina Doherty has said a culture of toxic masculinity is stopping female students taking up subjects which are usually the preserve of their male counterparts.

Senator Doherty said her teenage daughters are the only ones in their mixed school who are doing woodwork and metalwork.

They will not be doing the subjects for the Leaving Certificate because of a “male toxic” environment, she said.

Senator Doherty was speaking at the Joint Committee on Gender Equality which is examining the recommendations of the Citizens’ Assembly on norms and stereotypes in education.

“If I had a magic wand, every school would have to have both sexes and it would be a gender empowering environment.

“Though we need to make classes available to both sexes, what are we going to do about the culture that does exist when we do make them available?”

She said relationship and sexual health education (RSE) is the most important subject that pupils should be taught in school. “It is not being taken as seriously as it should be. It should be fundamental and mandatory.”

Irish Second-Level Students Union (ISSU) president Emer Neville said she did woodwork for Junior Certificate, but not for the Leaving Certificate level because she found it to be an “uncomfortable environment”.

She said gender stereotypes are enforced by the fact that you rarely see a woodwork class in a girls’ school or a home economics class in a boys’ school.

She suggested that such absences “significantly reduces” the career opportunities for people.

ISSU equality officer Saoirse Exton said it was not good enough to teach girls how to put up with toxic masculinity “you need to teach your sons to change. The way to combat harmful culture is education.”

Expert witness David Byrne, a PhD candidate at the Technological University Dublin, suggested changing male behaviour in schools will be a “very long road” but it can only be dealt with through appropriate education from primary.

“We need to teach boys not to be that way. It would be very difficult to break that mould because it is such an ingrained habit.”

Mr Byrne suggested there should be an end to single-sex schools. He said there is no context outside the school environment where educational establishments or workplaces are single-sex.

He urged the committee to support a bill proposed by Labour TD Aodhán Ó Ríordáin to phase out single-sex schools.

Fine Gael TD Jennifer Carroll-MacNeill said she was “so done with toxic masculinity”.

She suggested that boys should be raised “in the richness of life not in the traditional way which is ascribing value to being top of the class in football and all of those things.”

She also recalled a discussion with a primary school teacher who said that young girls were not being taught about menstruation and she was not allowed to teach them about tampons because of the religious ethos in the school.

“I just don’t understand that. It’s a matter of functionality.”