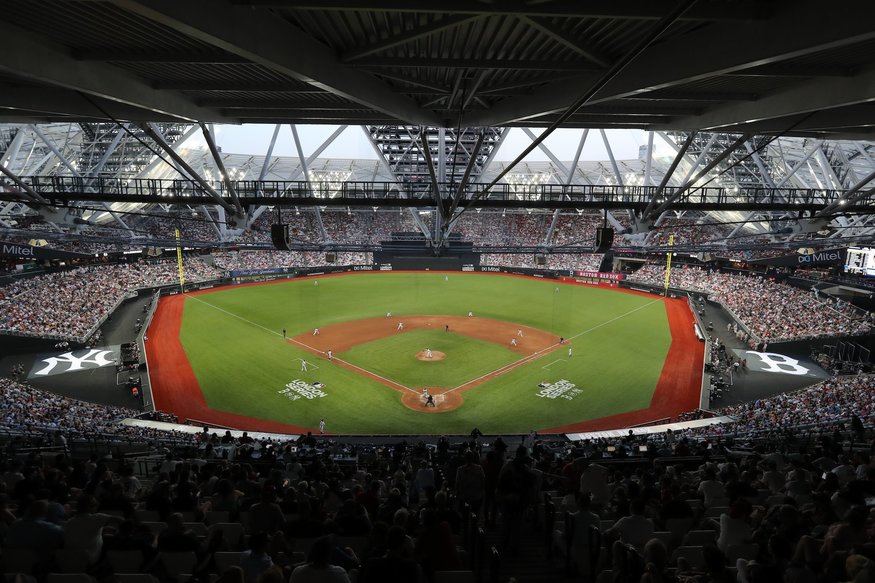 Major League Baseball Games Are Coming To London Next Year

Major League Baseball (MLB) comes to London next year — as part of a long-term partnership between the US sports league and the UK capital.

Regular baseball season games will be played in London in 2023, as well as in 2024 and 2026, announced MLB Commissioner Rob Manfred and Mayor of London Sadiq Khan (who is currently Stateside drumming up enthusiasm for London).

Khan — who hailed the announcement as a “historic day for London and baseball” — said that London’s long-term partnership with MLB will include regular-season games, as well as a legacy programme designed to grow the number of Londoners watching and playing baseball at a grassroots level.

It’s not yet known which teams will play in London next year, or where, although in 2019, Europe’s first ever MLB game was fought between the New York Yankees and the Boston Red Sox at the London Stadium in Stratford. (The Yankees won the first game 17-13, and the second of 12-8.)

Said Manfred about those games: “All aspects of the inaugural MLB games in London were an overwhelming success… It was clear that sports fans in London had a great appetite for baseball.”

Sports popularly played in the US have made their mark in London over the past decade or so. Three 2022 NFL fixtures have been announced for Tottenham Hotspur and Wembley stadiums, while there’s also a thriving ice hockey scene.