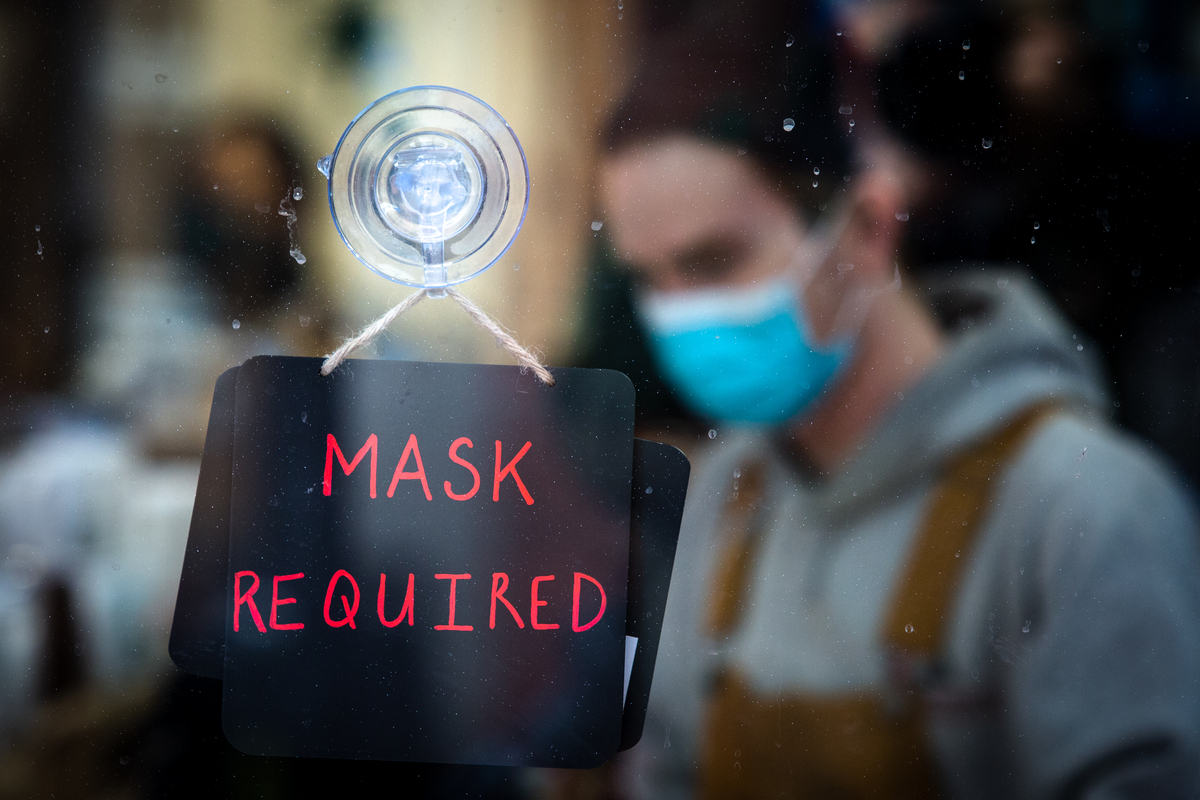 Higher-than-average COVID-19 cases and hospitalizations, not the state’s recent backlog of virus tests, are driving continued recommendations that people in most of Maine keep masking.

The U.S. Centers for Disease Control and Prevention updated its guidance on use of face coverings last week, with mask-wearing recommended for fewer Americans. The new guidelines come as Maine has seen a steady drop in hospitalizations in recent weeks, with wastewater testing in many locations suggesting infections are similarly declining.

But Maine is still seeing a smaller share of its counties in the lower-risk categories than most U.S. states. That designation is driven by both higher case levels and hospitalizations, the data show, suggesting the state’s backlog of positive tests — which has mostly been cleared — is not the reason masks are still recommended for most Mainers.

On “Maine Calling” Tuesday, Maine Center for Disease Control and Prevention Director Nirav Shah called recent trends “encouraging” but said his agency still planned to wait for more “stability” in the data before updating its own recommendations on mask use, including in schools.

In counties classified as low-risk, the U.S. CDC says that mask-wearing is a personal preference. In medium-risk counties, people with medical conditions are advised to consult with a doctor, while their close contacts are advised to mask or get tested for COVID-19. In high-risk counties, everyone should wear masks, the agency says.

As of Tuesday, every Maine county is reporting more than 200 cases per 100,000 people in the past week, according to Maine CDC data, with several counties reporting infections more than three times that threshold. The backlog of positive tests was down to a few thousand as of Tuesday, Shah said. Maine had already narrowed the backlog — which once neared nearly 60,000 positive tests — to 6,000 tests as of a week ago, suggesting its impact on recent case counts has been relatively small.

“When we take a look at the number of new cases that are coming in every single day still in Maine, they’re still at a fairly high level,” Shah said Tuesday. “So for a while here, there might be a little bit of a skewing because of that backlog. We anticipate that it would be very short-lived.”

The hospitalization component of the federal guidance looks at the current strain on hospitals and trends in new hospitalizations. Although Maine has continued to see a decline in COVID-19 hospitalizations, most counties here remain above the lowest thresholds for both of those metrics.

The lowest-risk threshold for hospitalizations requires counties to have less than 10 percent of hospital beds occupied by COVID-19 patients and observe less than 10 new hospitalizations per 100,000 residents within the past week. Only three Maine counties — Kennebec, Somerset and Waldo — are below the threshold on both those metrics, federal data show. Those three counties are still classified as medium-risk due to high case levels.

Shah said the federal guidance should be only a starting point for decisions on mask-wearing, noting that people should consider other aspects of risk even if they live in lower-risk counties.