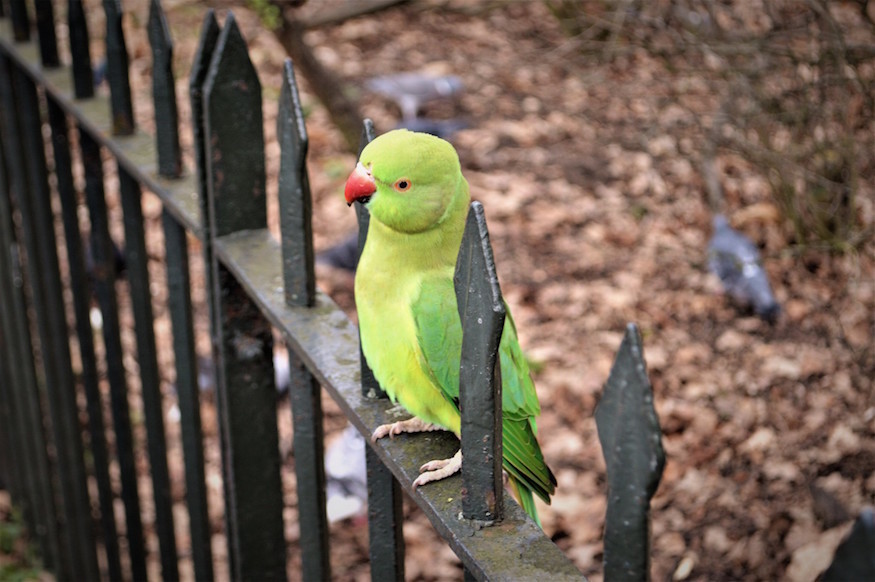 London’s Parakeets: How Far Have They Spread?

It’s no secret that London is home to a population of wild parakeets.

Entire books have been written about them, and people flock to the Royal Parks to get up close (though this article refers to Hyde Park, we’ve seen similar scenes in St James’s Park on multiple occasions).

The bright green birds’ origins are hotly-debated, their numbers are unknown (though it’s in the tens, if not hundreds, of thousands), and their future is uncertain. But for the time being, they’re here to stay — and not only that, they’re spreading out. They’ve been spotted in all London boroughs, though they seem to have a preference for the south of the capital, with hundreds descending on Grove Park in January 2022. Barnes is also a parakeet hotspot.

Parakeets also venture beyond the capital. We first spotted them in Sevenoaks in Kent in around 2018, but in lockdown in May 2020 we saw them even further out, in fields close to Tonbridge. We’ve also spotted them in Borehamwood to the north-west of the capital, and comments on our 2017 article suggest sightings in Windsor and Staines. Which got us thinking — exactly how far out have these birds reached? Have they dipped their wings in Essex, Surrey, Hertfordshire?

If you’ve seen a green ring-necked parakeet on the edges of the capital, or even beyond, let us know, either in the comments of this article, or on Twitter. We’d love to know where you saw them (town is fine, street or postcode preferred for precision) and when. Why? If we get enough responses, we’ll attempt to map the parakeets’ spread beyond London. Also because we’re nosy.