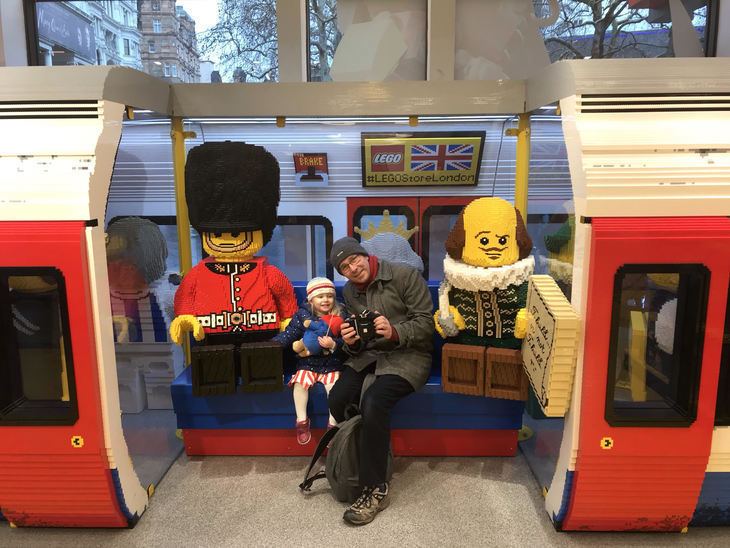 London will become the world’s largest Lego Store, when the existing Leicester Square attraction is extended later this year.

The store opened in November 2016, and often see queues forming outside at weekends and in the summer months. They’ll be needing more than a few bricks to build the 330m² extension to the existing store, which is currently “more London-y than the Artful Dodger’s Oyster wallet“, complete with its own Lego tube station and carriage, and a bricky replica of Big Ben.

We’re awaiting confirmation on whether these London landmarks will still be there after the revamp — but you might want to get your Lego tube selfies now, just in case.

Expect to see plenty of new additions to the revamped store, the centrepiece of which will be an 880,000 piece ‘Tree of Discovery’, with a rainbow trunk, which visitors can peer inside.

The Brick Lab will be an experience which ushers visitors into an immersive bricky world, while the Personalisation Studio will let you see what you’d look like in brick form.

Fans of Lego Minifigures can play around with versions that mimic their own facial expressions, while the Minifigure Tower will allow you to customise your plastic person using a selection of bottoms, tops, heads, hair pieces and accessories.

For serious Lego enthusiasts who are all about the build, the Lego Pick a Brick Wall is a chance to handpick the pieces you need for your next project.

The works do mean there will be a few changes to the store over the coming months. From 17 April, the first floor will close, and only the ground floor will remain open until 26 June, when the store will be completely closed until the relaunch, sometime in the summer holidays.

The excitement is, ahem, building already.