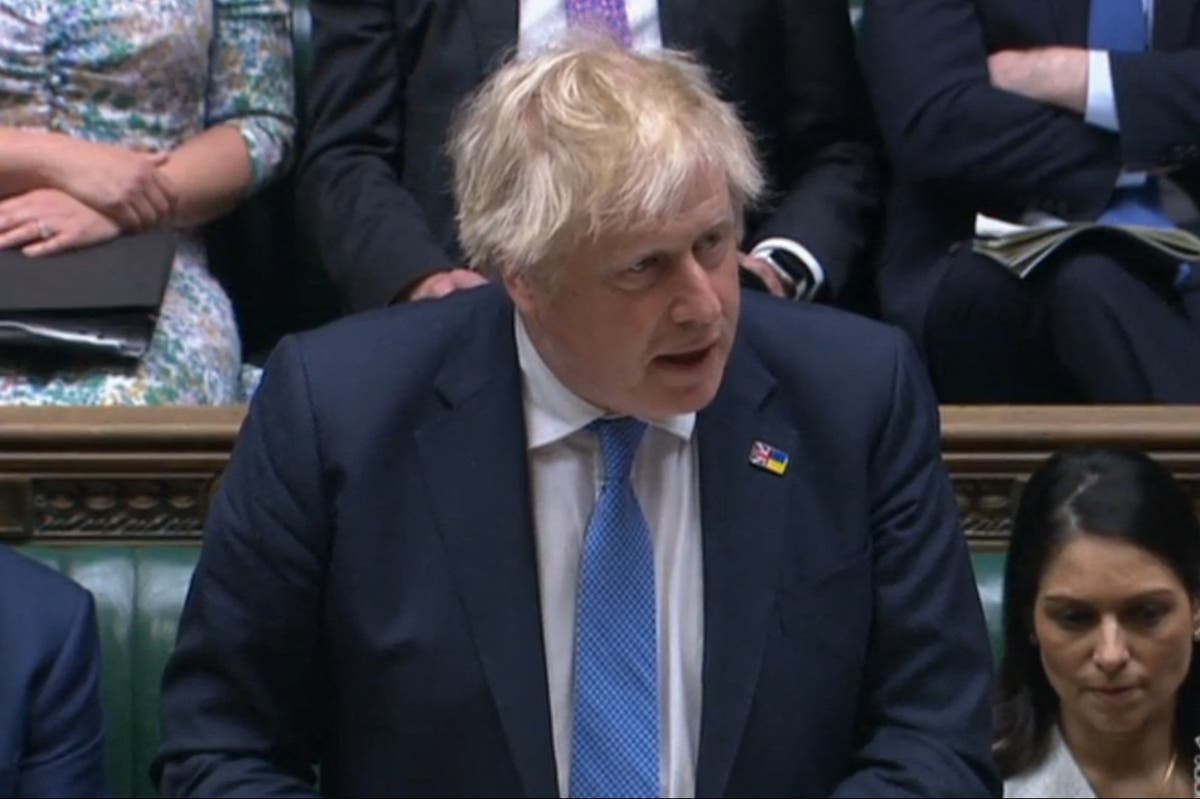 Boris gets friendly welcome as he meets Tory MPs at meeting

Boris Johnson has been met by sustained banging ‘and ‘the odd whoop’ as he arrived to address Tory politicians in a private meeting in Parliament, according to reports.

The Covid-19 Bereaved Families for Justice group said Boris Johnson will need to leave office before grieving families “move on from partygate”.

She said: “Today’s apology from the Prime Minister was the words of someone who is sorry they’ve been caught, not someone who regrets the harm they’ve done.

“There are already over 50 partygate fines issued aside from his own, and many more parties to be investigated, including in his own flat.

“His claim that he didn’t realise rules were being broken is just laughable, and shows he still takes us for idiots.”

He told LBC’s Andrew Marr Show: “This whole furore has been appalling. It reflects badly on our politics.

“When this was first raised, the PM said there was no parties and then we found out that there were.

“What sets this apart from another PM is that he not only broke the rules that he wrote… he then lied about it.”

A Conservative MP asked the PM if he would consider putting Britain “at the forefront of a new Marshall plan to rebuild Ukraine after Putin has been defeated”.

Rossendale and Darwen MP Jake Berry said: “I wonder if he would consider putting Britain at the forefront of a new Marshall plan to rebuild Ukraine after Putin has been defeated and fund this in part by assets confiscated by the British state from Russian oligarchs?”

Boris Johnson replied: “Can I thank my right honourable friend for his excellent suggestion? It’s one indeed that the UK Government is already pursuing.”

Mr Johnson did not say whether he will authorise Sue Gray to publish her final report in full.

Conservative MP Julian Lewis (New Forest East) asked: “Does my right honourable friend have the power to authorise Sue Gray to publish her report in full? And if so, will he use that power in order to put an end to this matter, so that we do not get diverted away as we are being from such crucial questions as supplying armaments to Ukrainian democrats.”

Mr Johnson replied: “I thank my right honourable friend very much, but I think it’s very important that the Met should conclude their investigation before Sue Gray’s final report.”

“My right honourable friend could not have made a more humble apology.

“Justice leading into mercy relies on an old fashioned concept – that is repentance.

“But what assurance can he give us that nothing of this kind will ever happen again?”

The PM responds: “I wish this hadn’t happened. What I’ve already done is take steps to change the way we do things in No10.”

Mr Johnson is asked directly by Conservative MP Peter Bone, “Did you deliberately mislead the House?”

Mr Harper has posted his letter to Sir Graham Brady expressing no confidence in the prime minister here.

“Integrity is about doing the right thing, even when no one is looking,” he writes.