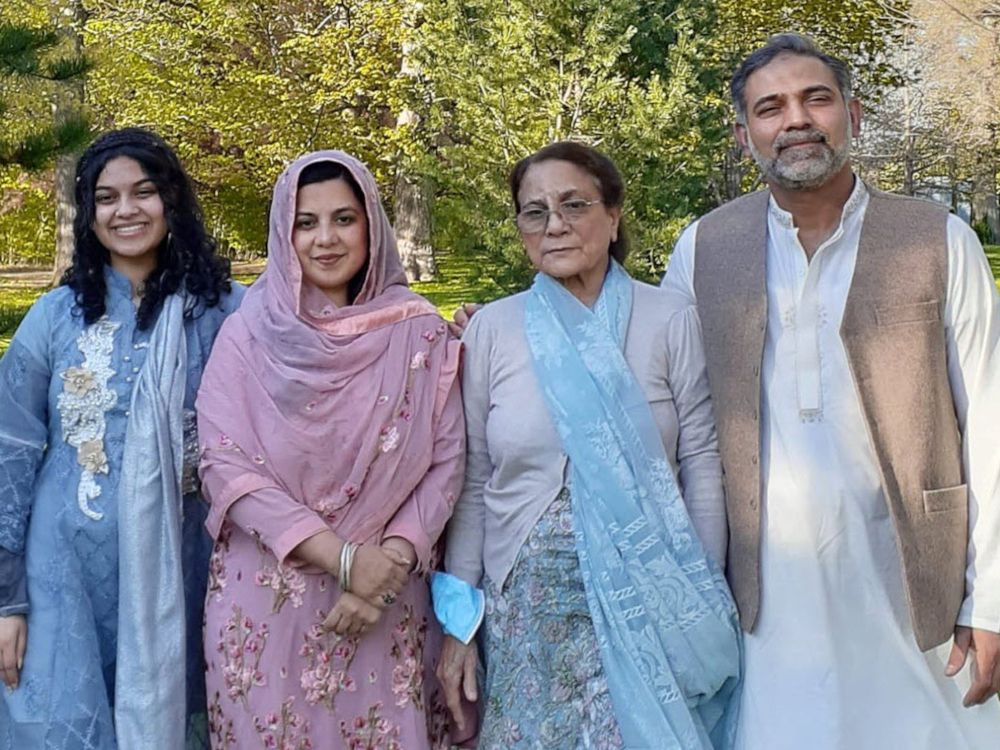 The award was announced Friday in a webcast recognizing the best in Canadian journalism in 2021. Postmedia had four nominations

Postmedia Network’s The London Free Press has won a prestigious National Newspaper Award for its breaking news coverage of a devastating attack on an immigrant Muslim family in June 2021.

The reporting on the hit-and-run that left four dead and a child injured across three generations of a single family was recognized for its “in-depth reporting and hard-hitting commentary,” the judges said.

The award was announced Friday in a webcast recognizing the best in Canadian journalism in 2021. Postmedia had four nominations.

“It is the most affecting but troubling story many of us in the newsroom have ever had to work on,” Free Press editor Joe Ruscitti said earlier this year, when the nominations were announced.

Talat Afzaal, 74, her son, Salman Afzaal, 46, his wife Madiha Salman, 44, and their daughter Yumnah, 15, were killed on June 6, 2021 when a truck jumped the curb and struck them. The couple’s nine-year-old son, Fayez, survived serious injuries.

Gerry Nott, Postmedia’s acting senior vice president, editorial content, said he was “so proud” of the Free Press, a title that “always delivers.”

“The recognition of our journalists by the NNAs reinforces the level of quality reporting and expertise at all of our titles,” Nott said in a statement.

The paper covered the immediate breaking news, as well as explored other allegedly hate-motivated attacks in Canada, and how the Muslim community in Ontario was affected.

The newspaper’s awards submissions included commentary that asked whether Islamophobia could be stopped via a national summit and reflected on a city grappling with the tragedy.

Sharon Kirkey, the National Post’s long-time health reporter, was nominated in the beat reporting category for her coverage of COVID-19. Améli Pineda and Magdaline Boutros of the Quebec newspaper Le Devoir won the award for their work on conjugal violence in Quebec.

A team from the Saskatoon StarPhoenix was nominated in the local reporting category for a series exploring the overdose crisis; the winner in that category was a trio of reporters at RMO Today, for reporting on accidental deaths of skiers and climbers in avalanches.

John Mackie, at the Vancouver Sun/Province, was nominated for a feature on a collegial relationship between political adversaries who are both quadriplegics. Marcus Gee at the Globe and Mail won the Bob Levin Award for Short Feature for a story on a handmade memorial for those who died of overdoses.