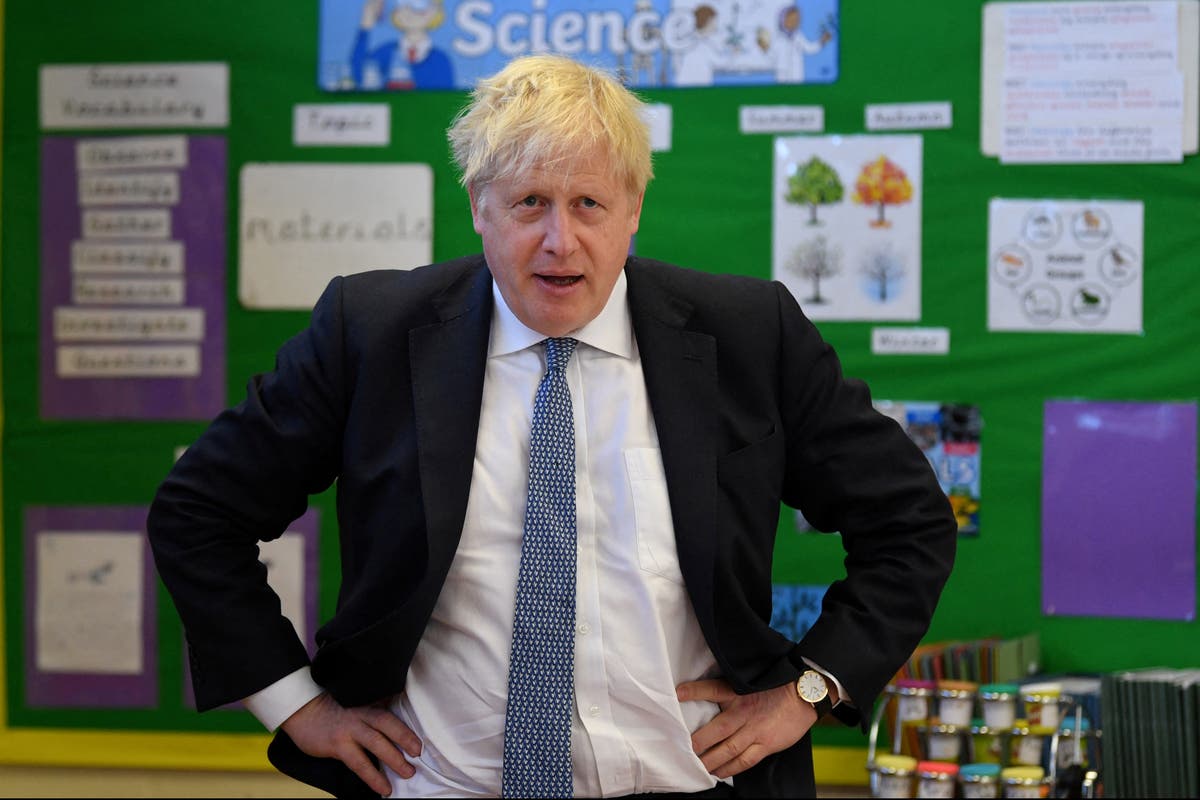 oris Johnson is under increasing pressure after the Tories lost almost 500 seats across Britain following the backlash over partygate and the cost of living crisis.

The Prime Minister admitted it had been a “tough night” at the local elections as the Conservatives lost 486 council seats, while some MPs such as Aaron Bell – who has submitted letter of no confidence in the Prime Minister – said Mr Johnson’s leadership must be addressed.

With disquiet rumbling in the party, Education Secretary Nadhim Zahawi also called for the MPs to unite in order to come back from a bruising electoral performance which saw the party lose strongholds such as Wandsworth, Westminster and Barnet to Labour.

While the Tory party suffered severe losses, the DUP also dropped in the polls with Sinn Fein now on course to become the biggest party in Northern Ireland for the first time in its history.

Of the 66 seats declared, Sinn Fein has won 21 while the DUP has 19, a 6.7 per cent drop in its vote share in comparison to 2017, which polling expert professor Sir John Curtice, said could be attributed to the issues surrounding Brexit.

Writing for the BBC, Sir John said: “The result in Northern Ireland is also part of the legacy of Brexit too.

“The unionist vote has fragmented because of the divisions within the community over whether or not the Northern Ireland Protocol is something that can be amended satisfactorily or whether it needs to be scrapped.”

He added: “So the real question now is how is the UK government going to successfully negotiate the protocol problem in such a way that the DUP can be persuaded into the executive and it doesn’t cause too much damage with the EU. That is his most immediate political headache.”

Reacting to the results during a visit to a school in his Uxbridge and South Ruislip constituency, Mr Johnson told reporters: “It is mid-term. It’s certainly a mixed set of results.

Leader of the Scottish Tories, Douglas Ross has said the Prime Minister must reflect on the election results.

Although voters showed they were “unhappy” with the party, Mr Ross said Boris Johnson should remain in No10.

“Voters have “sent a very clear message that they were unhappy at this time,” the Tory said.

The Conservatives fell to third place in Scotland in the local government elections, with Labour now back in second place in terms of votes and number of councillors.

Mr Ross insisted his change of stance had not impacted on what he accepted were “disappointing” results.

The Scottish Tory leader said: “I don’t think, had I not changed my position in light of the atrocious conflict in Ukraine, it would have changed the situation, because voters I was speaking to were unhappy with the Prime Minister and unhappy with partygate.

“Had I maintained my position despite the war in Europe, those voters would still have been unhappy with partygate and still unhappy with the Prime Minister because he remains in post.”

Sinn Fein’s performance in Northern Ireland has shown there are “big questions” around the future of the UK “as a political entity”, Nicola Sturgeon has said.

The nationalist party looks to be closing in on victory at Stormont, taking the most seats and selecting the country’s next First Minister.

And Scotland’s First Minister has said the result throws the future into doubt, with strong nationalist performances in Scotland, Wales and Northern Ireland this week.

Speaking to the PA news agency on Saturday, after her party increased its lead in Thursday’s council elections, Ms Sturgeon said: “If (Sinn Fein) emerge as the largest party today in Northern Ireland which looks very likely, that will be an extraordinary result and something that seemed impossible not that long ago.”

She added: “There’s no doubt there are big fundamental questions being asked of the UK as a political entity right now.

North of the border, the SNP won a further 22 council seats, taking the party’s total to 453. The Labour party has also gained one council.

In line with their overall performance, the Tories have lost 86 (111) seats in Wales and one council.

Labour gaiend 66 (526) seats including one council itself.

The five assembly members are:

She becomes the first person to be elected today.

Durham Police announced on Friday that an investigation into allegations Sir Keir broke Covid rules during last year’s lockdown, had been launched.

Asked if Sir Keir should resign if he is fined for breaking the rules, Mr Streeting told Sky News: “I really don’t think it’s going to come to that because the police have looked at this before. I don’t see any reason why they would draw any other conclusions to the one they drew when they were last asked to look at this.”

Counting has resumed in Northern Ireland where Sinn Feinn is predicted to becoem the larges party in Stormont.

“We want to thank everyone for voting and being part of a democratic process in what, we believe, is the election of a generation. We are here to serve everyone.”

Speaking to Sky News on Labour’s electoral gains, he said: “That is remarkable progress with two years of Keir Starmer being leader of the Labour party,” he said.

“Of course there is more to do. We don’t want to sound the least bit complacent about that but I think that’s what the next period of Keir’s leadership in opposition is about.

“It’s about building on the progress that’s made and turning the hostilities to the Conservatives in government, a desire to see them out of government which is what I think these results show, into a hunger, an appetite for a Labour government.”

Boris Johnson remains an electoral asset to the Conservative Party, a Cabinet minister has insisted, despite the Tories suffering a net loss of almost 400 seats in local elections.

He told Sky News: “He is an asset, absolutely … If you look at the way that Boris cuts through in places like Nuneaton, places like Newcastle-under-Lyme, other parts of the country as well – Harrow in London.”

In a message to Tory colleagues, he said: “People don’t like to vote for split parties, for teams that are divided.

“We are strongest when we are united, we’ve got a Queen’s Speech next week where we will demonstrate to the nation that the second half of this Parliament is all about dealing with repairing the economy, recovering from Covid, the backlog of the NHS and national security – here at home, safer streets – and, of course, abroad.

“All of these things we have a plan for.

“We are stronger when we are united and that would be my message to all my colleagues.”