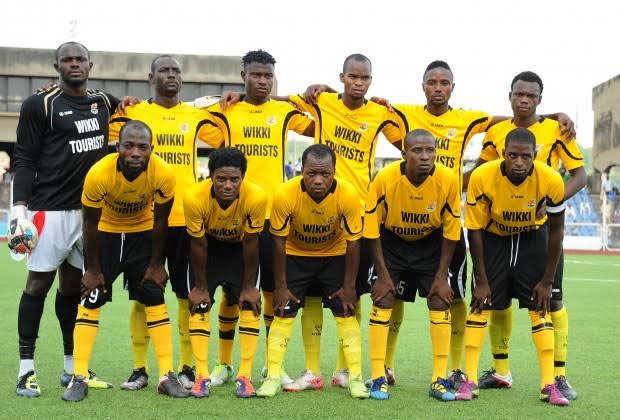 The fine is coming following the conclusion of investigations of the aftermath of the MatchDay 19 fixture between Wikki Tourists and Enyimba International in Bauchi on Wednesday.

LMC in a statement also ordered an indefinite closure of the Tafawa Balewa Stadium in Bauchi and directed Wikki Tourists to play their home fixtures at the Ahmadu Bello Stadium in Kaduna behind closed doors.

In a Summary Jurisdiction notice issued the club, the LMC ruled that home games of the Bauchi club shall be played in Kaduna for an indefinite period until a “proper suitable security plan is presented to the LMC for approval”.

Other sanctions levied on the club include a suspended three-point deduction which will last till the end of the season.

This places a burden of good conduct on the club, failing which the points’ deduction will be activated.

Wikki Tourists is to also defray any certified medical bills and damages incurred by Enyimba International as a result of the fracas that ensued after the match.

For additional breaches, the club was fined a total of Four Million Naira (N4,000,000) which includes One Million Naira each for failure to provide adequate security, failure to ensure restriction of access to unauthorized persons to restricted areas and for throwing of objects unto the playing field as well as payment of compensation of N250,000 each for assault of the four match officials.

Wikki was charged for breaches of Rule B13.52 of the Frameworks and Rules of Nigeria