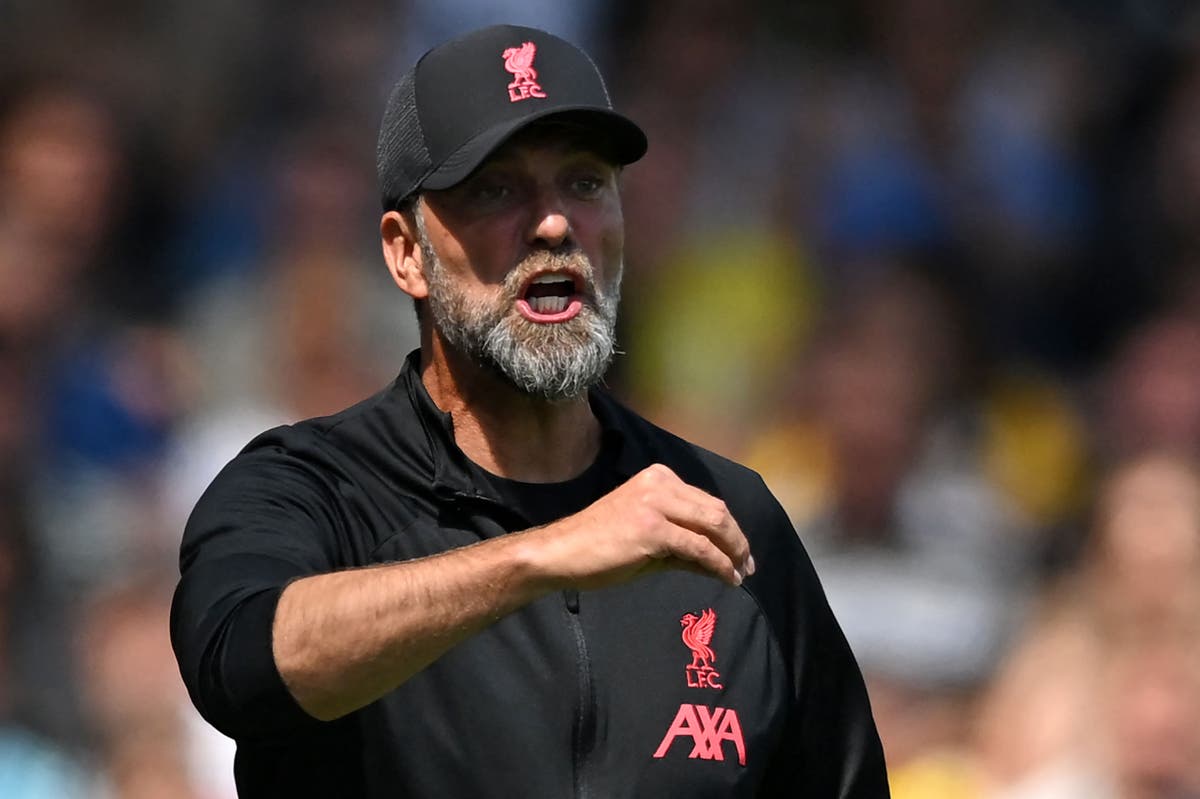 Crystal Palace have a shock 1-0 lead at half-time despite Liverpool’s dominance at Anfield. The hosts had a number of chances to take the lead early on, but Wilfried Zaha punished their wastefulness with a clinical counter.

Eberechi Eze brought down the ball down brilliantly, slid the ball through to Zaha and he was in behind Liverpool’s high-line. The Palace forward opened up his body and curled a low effort past Alisson into the far corner. Zaha should have had a second shortly after, as Liverpool were caught again, but this time Alisson was quickly out to deny him.

Darwin Nunez was inches away from equalising in the final seconds of the first-half as he brought the ball down in the box, but his scuffed effort trickled onto the post and bounced away. Follow all the action with Standard Sport’s LIVE blog, with Malik Ouzia providing expert analysis!

66 mins: Diaz wins the free-kick, Tsimikas swings the ball into the box but it’s through everyone.

Anfield booing every Palace touch now, crowd ready to erupt at any moment.

That’s sensational from Diaz. Drifts past the challenges, onto his right foot and hammers an effort into the far corner from outside the box.

60 mins: Robertson looks bemused as he leaves a Palace player in a crumpled heap. Challenges flying in.

That is just absolute idiocy from Nunez, who won’t go quietly either and is taking plenty of ushering away from James Milner. No acknowledgement from Klopp as he headed down the tunnel – the German will murder him.

Wow. Happened off the ball, referee wasted no time in showing the red card.

55 mins: Milner swings a cross into the box, over everyone and into the arms of Guaita.

He sets Eze away, who drives forward. He’s looked brilliant in possession all night. Slides the ball through to Zaha, but he’s unable to keep hold of it.

53 mins: Last-ditch defending from Phillips, to hold off Zaha and then fly into a challenge on Schlupp. Eze keeps Palace on the attack, but the cross into the box is poor.

51 mins: Ward just boots the ball away as it drops in the Palace half. Very early for defending like that!

Zaha gets on the end of a more considered pass a minute later, knocks it past Phillips and goes down. Not getting a free-kick for that.

49 mins: Salah pokes the ball through to Nunez, his scuffed effort is blocked. By a hand? He thinks so, as does the Anfield crowd. The referee does not.

Game opening up a bit, which definitely doesn’t suit Palace.