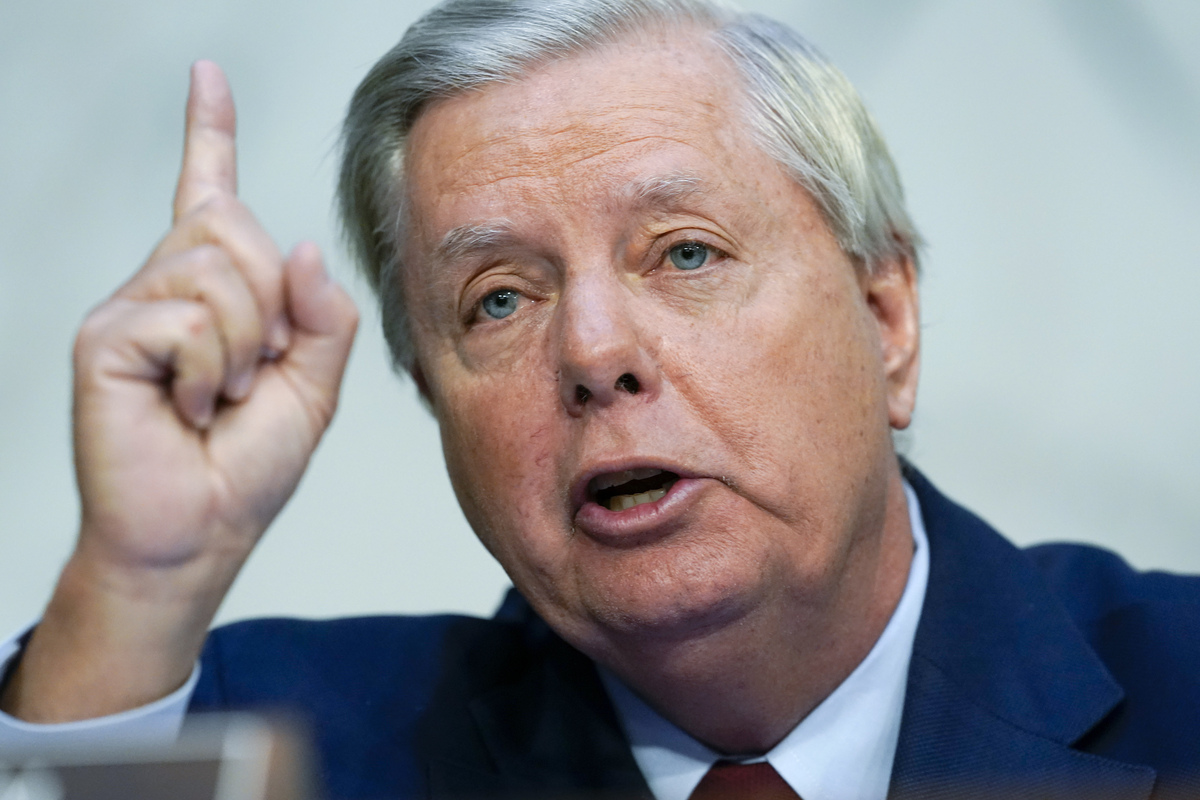 Graham, a key Republican member of the Senate Judiciary Committee who was one of three GOP lawmakers who voted for Jackson’s confirmation to the D.C. Circuit less than a year ago, said in a Senate floor speech Thursday that he could not support her lifetime appointment to the Supreme Court, calling her a “favorite of the radical left.”

“Her record is overwhelming in its lack of a steady judicial philosophy and a tendency to achieve outcomes in spite of what the law requires or common sense would dictate,” Graham said. “After a thorough review of Judge Jackson’s record and information gained at the hearing from an evasive witness, I now know why Judge Jackson was the favorite of the radical left.”

Graham’s opposition is unlikely to stop Jackson from becoming the first Black woman to serve as a Supreme Court justice.

Democrats hold a narrow 50-50 majority in the upper chamber and are expected to confirm Jackson, especially after West Virginia Democrat Joe Manchin last week announced his plans to vote for her.

Additionally, on Wednesday Republican U.S. Sen. Susan Collins of Maine said she would vote to confirm Jackson, becoming the first GOP lawmaker to do so.

The question now is how much support she will or, as evidenced by Graham’s opposition, will not get from Republicans.

Before Biden announced his Supreme Court pick to replace retiring liberal Justice Stephen Breyer, the president predicted his nominee would get bipartisan support.

“I think whomever I pick will get a vote from the Republican side for the following reason,” Biden told NBC News in February. “I’m not looking to make an ideological choice. I’m looking for someone to replace Judge Breyer with the same kind of capacity Judge Breyer had, with an open mind who understands the Constitution and interprets it in a way that is consistent with the mainstream interpretation of the Constitution.”

The State Now is the modern, digital connection to the traditional print experience.

During his questioning of the nominee, Graham revisited accusations that Jackson had been lenient in her sentencing in cases involving images of child sexual abuse.

“All I can say is that your view on how to deter child pornography is not my view. I think you are doing it wrong, and every judge who does what you are doing is making it easier for the children to be exploited,” Graham told Jackson.

He also repeatedly expressed frustration that South Carolina federal Judge Michelle Childs, whom he lobbied the White House to pick for the post, had been passed over for the nomination.

In his roughly 25-minute speech on the Senate floor Thursday, Graham rehashed some of those frustrations.

He also brought up some old grievances, too, like the handling of the confirmation hearings of Justice Brett Kavanaugh. During those confirmation hearings, Kavanaugh, a nominee of former President Donald Trump, was accused of sexually assaulting one of his classmates while they were both in high school. Kavanaugh denied the charge.

“Nobody on the Republican side held information back, accusing Justice Brown of doing something that was either made up [or] not credible,” Graham said. “Nobody questioned her high school annual. Nobody took a bunch of garbage and made it seem like that the nominee had been Bill Cosby in his teenage years.”

Graham said Jackson, by contrast, was asked why she sentenced people the way she did, to explain reasoning in cases involving child pornography, and to address questions about her judicial philosophy.

“And it had to be contentious because the judge seldom would answer a question,” Graham said. “But to me, if you’re going to be nominated to the Supreme Court for lifetime appointment, you should expect to be asked hard questions. You should not expect to have your life destroyed.”

He also stressed that his opposition to her appointment was not personal, calling Jackson “a person of exceptionally good character.”

Initially, Graham had been viewed as one of the most likely Republicans to support Biden’s Supreme Court pick.

Not only did Graham vote for Jackson to serve on the D.C. Circuit, long considered widely seen as a waiting bench for likely Supreme Court candidates, he has a track record of voting for judicial nominees put forth by presidents of both political parties.

So far, Graham has voted in favor of about two dozen of Biden’s district court and appellate court nominees.

But Graham also joined his fellow Republicans in blocking Obama’s third Supreme Court pick, Merrick Garland, from getting a nomination hearing. Graham famously refused to meet with him. (Graham did meet with Jackson ahead of her confirmation hearings, but their meeting was strikingly brief, lasting 15 minutes.)

“I want you to use my words against me. If there’s a Republican president in 2016 and a vacancy occurs in the last year of the first term, you can say Lindsey Graham said, ‘Let’s let the next president, whoever it might be, make that nomination,’ ” Graham said in 2016 after the death of Justice Antonin Scalia. “And you could use my words against me and you’d be absolutely right.”

The Senate Judiciary Committee, whose membership is evenly split between the two parties with 11 Republicans and 11 Democrats, is expected to vote Monday on Jackson’s nomination. Graham’s opposition suggests the could end in an 11-11 deadlock.

If a majority of the committee opposes the nominee, tradition calls for the panel to send the nomination to the full Senate with the recommendation that it be rejected. The full 100-member Senate still gets the final say.

A simple 51-vote majority is required for confirmation.

Story by Caitlin Bird, The State.