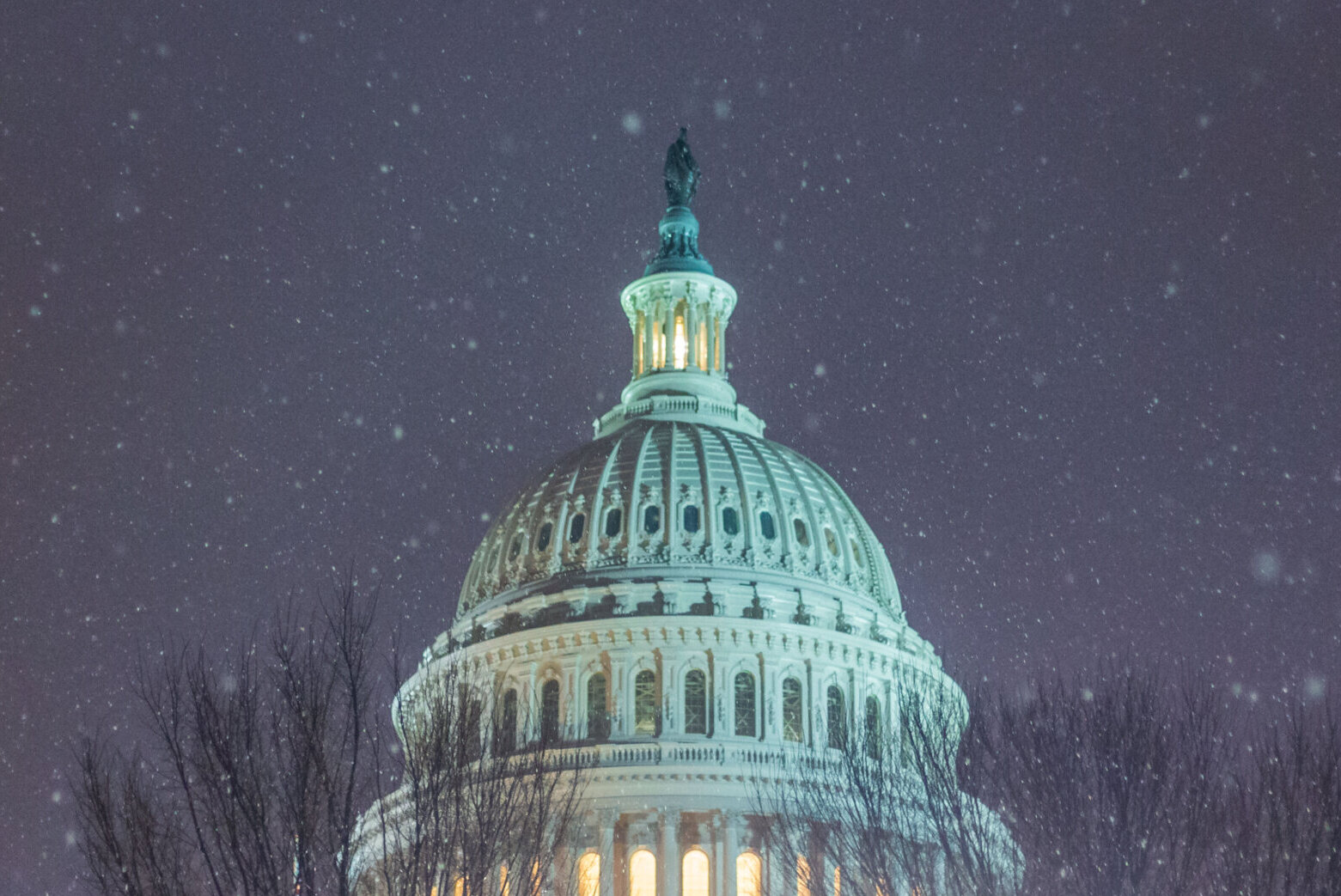 The D.C. area is experiencing its second bout of snowy weather in a week, and accumulations that started Thursday night could have an impact on your Friday morning commute. Here’s what you need to know.

The D.C. area is experiencing its second bout of snowy weather in a week, and accumulations that started Thursday night could have an impact on your Friday morning commute. Here’s what you need to know.

The Virginia Department of Transportation reported the first snow flakes falling just after 10 p.m. Thursday in western Virginia. Earlier, they urged everyone to avoid nonessential travel during the storm to give crews time to plow and apply treatment.

“A low pressure center in the Deep South Thursday evening will march toward the Mid-Atlantic. We expect a wintry mix of rain and wet snow to overspread the area and change to all snow,” Storm Team4 meteorologist Steve Prinzivalli said.

As snow arrived into the region, the National Weather Service issued a winter storm warning for three Maryland jurisdictions: Frederick and Carroll counties until 4 a.m. and Baltimore County until 7 a.m.

Steady snow will fall through 3 or 4 a.m., leading to slippery roads and poor visibility so drivers should be especially careful.

Just before the first snow fall, plows and trucks were ready to roll out at the Route 17 commuter lot in Stafford County.

We’re staging equipment in other key locations across our area, like here at Catharpin and Brock in Spotsylvania pic.twitter.com/1aLFzrIWAH

On Thursday, VDOT spokeswoman Kelly Hannon said tankers began pretreating Interstate 95 with a salt brine solution on Thursday morning, and said crews will prioritize clearing operations on major highways and primary roads during the height of the storm.

This fast-moving storm’s accumulations will be lower than Monday’s, where some places saw as much as 13 inches of snow. By the time this second storm leaves before dawn Friday, between 2 to 4 inches of snow could blanket most of the listening area, with up to 6 inches possible in the far northern and western suburbs.

“This will be a lighter, fluffy snow than Monday’s storm so it will be easier to shovel,” Prinzivalli said.

The National Weather Service expanded its winter storm warning across the Interstate 81 corridor.

We’ve expanded the Winter Storm Warning somewhat across the I-81 corridor. Here is the updated warning/advisory map, likely snowfall and high-end snowfall. pic.twitter.com/xc4m9a4CLc

Virginia Gov. Ralph Northam declared a state of emergency, noting that the state’s resources are stretched thin from the previous storm.

“Having two bouts of snow and icy weather back-to-back makes it more likely communities will need additional help as they continue to recover from the first round of tree-snapping wet snow and ice that we saw Monday,” Northam said. “While we typically have ample resources for snowstorms, these back-to-back events will generate landmark winter weather that requires extra flexibility.”

Virginia agencies detailed plans to prepare for this second storm, while offering assurances that they will review what went wrong during the last storm, which left some motorists freezing and stranded on I-95 for more than 24 hours.

Below is an image of the aftermath of Monday’s storm.

Metrobus: Some routes may not operate or experience longer wait times than usual due to a driver shortage. A moderate snow service plan is in place, in which service on some routes is suspended and detours will be in effect on certain routes to avoid areas prone to hazardous conditions, such as hilly terrain and narrow streets. Approximately 119 out of 183 routes will operate, Metro said.

RideOn: Operating as normal, but expect some weather-related delays and detours.

VanGo: VanGO will be operating on a three-hour delay Friday.

In the wake of the storm, northwesterly winds of 15 to 30 mph will bring cold and dry air into the area Friday, leading to sunshine. However, highs will only reach the lower to middle 30s, and it will feel like the teens and 20s with the gusty winds.

Saturday: Sunny and cold but with less wind. Highs in the low to mid 30s.

Some testing, vaccination sites closed or have delayed opening

The Virginia Department of Health is closing five of its Community Vaccination Centers Friday in preparation for the coming storm. VDH said those with appointments will be notified of the cancellation.

The centers in Charlottesville, Fairfax, Fredericksburg, Prince William and Roanoke will be closed Friday. VDH said they will decide on Friday whether to open the closed sites on Saturday.

Due to the anticipated winter storm, the Maryland Department of Health (MDH) announced today that MDH testing and vaccination sites will also delay their opening times Friday.

WTOP’s Zeke Hartner and Alejandro Alvarez contributed to this report.