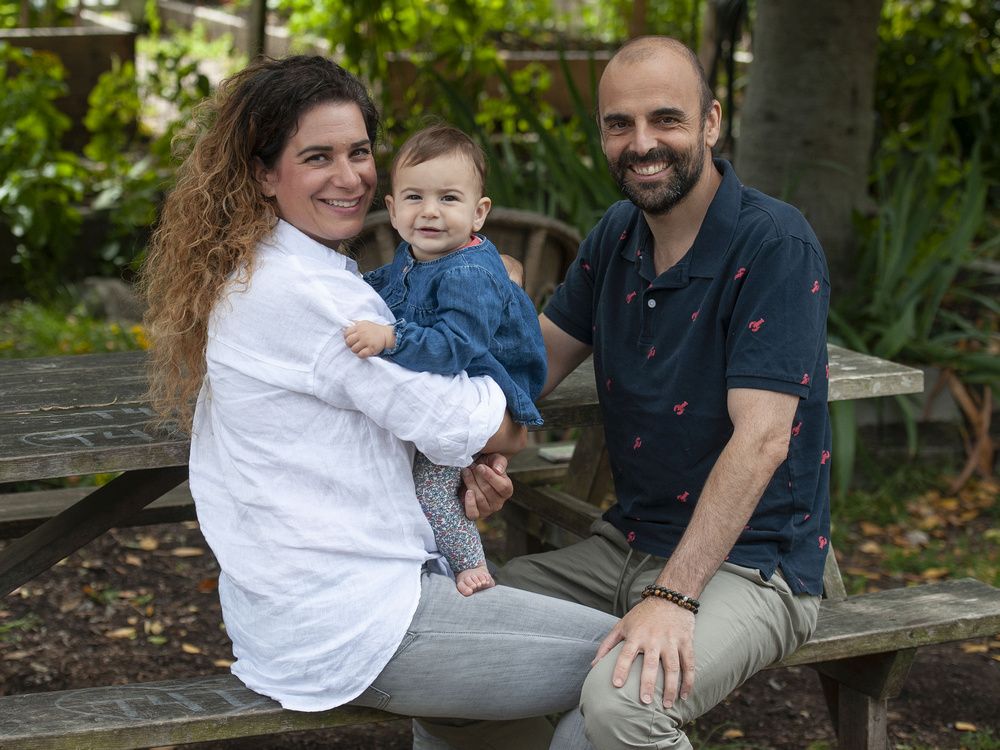 Coverage for a potentially lifesaving drug has been denied to a Vancouver man with a stage four cancer, even though the drug is approved by Health Canada, and was prescribed by his oncologist.

“His oncologist was so excited when she told us about it,” said Samia Perez, the wife of 43-year-old cancer patient Manuel Perez. “She told us the drug has shown good results in pediatric patients, an 80 per cent reduction in tumours and a 20 per cent cure rate. No one had ever used that word ‘cure’ with us before.”

To the couple, parents of a 10-month-old daughter, it felt like a turning point.

Because the drug, Entrectinib, costs $10,200 a month, their oncologist at B.C. Cancer immediately applied for coverage under the agency’s Compassionate Access program.

Within weeks, they got an answer: No. There was no explanation given.

The pharmaceutical company, Roche, agreed to underwrite 60 per cent of the cost, but the couple is scrambling to come up with $4,000 a month to cover the rest.

“We can’t afford it,” said Samia, 38, who is on maternity leave from her job as a marketing professional. “If it’s approved, and it’s prescribed, why isn’t it covered?”

Perez, a web developer, was at the gym in 2018 when he felt a lump in his lower abdomen. Doctors at a local walk-in clinic guessed it was a hernia, and didn’t order an ultrasound. But Samia’s intuition told her something was wrong. Manuel went back, requested an ultrasound and was told there was no immediate need.

On a trip to Spain to visit Perez’s family, the lump was still there. Samia decided to pay for an ultrasound. Although Samia’s Spanish was rudimentary, she could see the look on the doctor’s faces during the scan.

Five days later the couple was back in Canada and Perez was fast tracked for surgery.

Perez had a 12 cm mass growing on the outside of his colon, a stage 3 soft-tissue Desmoplastic small round cell sarcoma, an aggressive form of cancer rarely found in adults.

Perez didn’t fit the typical patient profile for the cancer, something that has made treatment more difficult.

The family began a terrifying odyssey of diagnoses, second opinions, and soaring costs.

Perez had a successful surgery and started chemo in early 2019, but five months later the cancer returned, now stage four. Perez had another abdominal surgery, and completed six rounds of post-operative chemo. His scans came back clean.

“It meant everything to feel like we had a chance as a family, to think this could all be behind, us. Manuel threw out all his chemo clothes (smaller, because of the weight loss). This was a new beginning,” said Samia.

Amalia, who has her dad’s bright brown eyes and big smile, was born in October 2021. But in May 2022, a scan showed the cancer had returned for a third time. Their surgical oncologist said to think outside of the box — Entrectinib, a targeted drug that had shown positive results in tumours that had the same gene expression as Manuel’s could be the answer, but the cost, for the young family is staggering.

B.C. Cancer told Postmedia that the province is awaiting a decision by the Canadian Agency for Drugs and Technology and Health (CADTH), a national body that makes spending recommendations to provincial and federal public drug plans and cancer agencies, on whether, or how the drug should be funded.

“We do not pre-empt this process,” said B.C. Cancer in a statement. “A final decision is expected later this year.”

The couple is now paying for the drug themselves. A cousin started a GoFundMe.

Samia is pleading for change, not just for Perez, but for other families who are awaiting approved, lifesaving drugs.

“No family should have to go through this,” said Samia.

“It’s extremely frustrating knowing there are options and they are not available,” said Perez. “I want to see my daughter grow up. I want to live.”

The CADTH did not respond to Postmedia inquiries before press time.