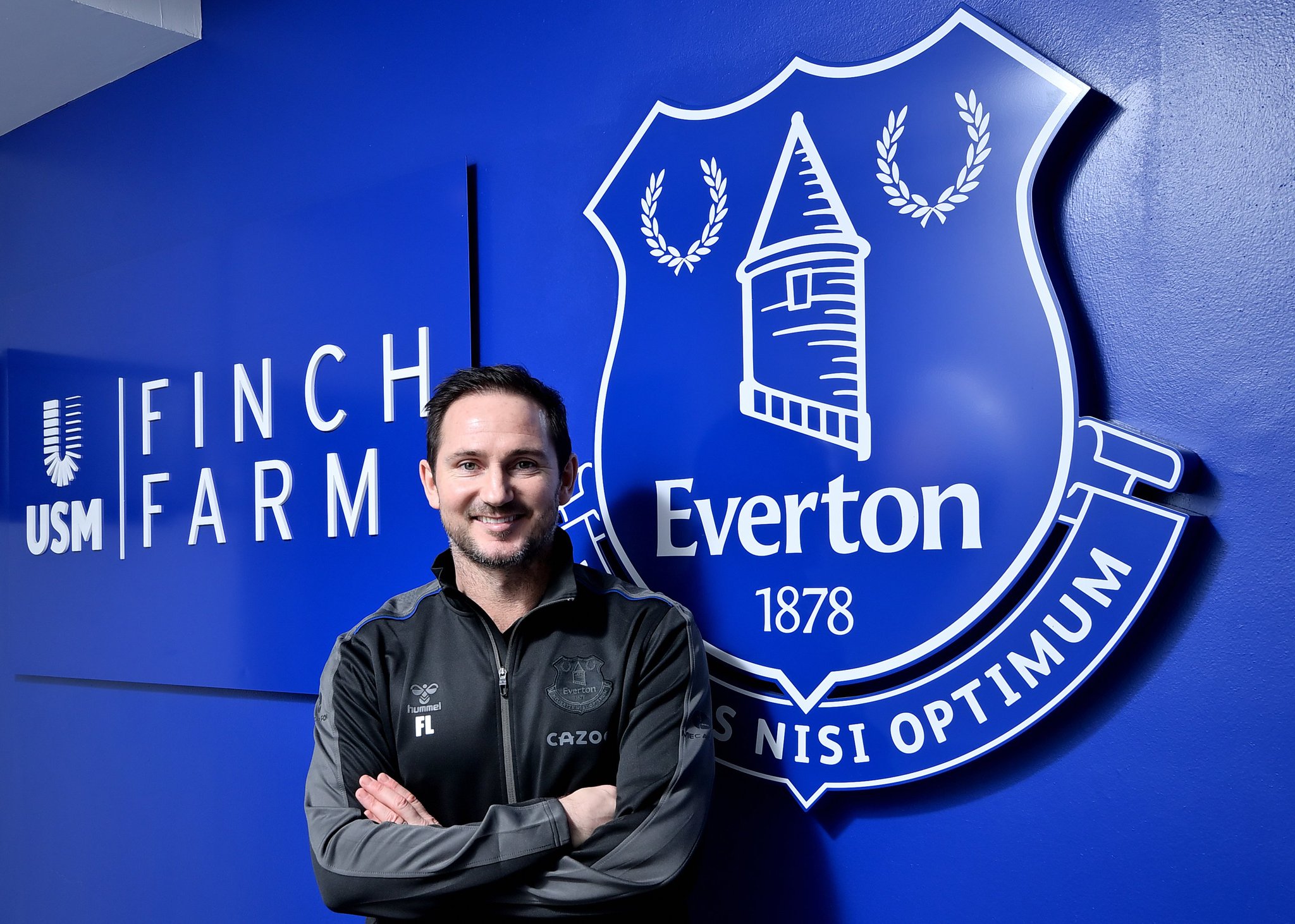 The appointment of Lampard comes after a robust recruitment process with several candidates being interviewed by the Club’s majority shareholder and Board of Directors.

Reacting to the appointment of the former Chelsea legend, Everton majority shareholder Farhad Moshiri says the club will unite behind the Englishman.

He said that there was a confidence and positivity Lampard will bring to the club.

“Frank is an impressive young man on and off the pitch.

You can quickly relate to him and there is a positivity and confidence that comes through,” Mr Moshiri told evertontv.

“The more you see of him, the more you like him. He is a very likeable man and I’m really pleased we’ve secured his services.

“He is from a footballing family, it is in his blood, he is a winner and played at the highest level of the English game.

“He will give the team an immediate boost. A dressing room will always rise to someone of his character and achievement.

“I will provide the system to support him. The process is vital to ensure all components of Everton fully support the manager.

“Fans are the most important part of that.

“The biggest thing for us – for me, for Bill [Kenwright, Chairman], for all parts of this great and beautiful club, is to get behind this manager.

“Let’s unite behind the team, give the team the 12th man and start moving up the table.

“Our future is bright. We just need to be united. Maybe together, me and the fans should be more patient – I am also impatient.

“We have to get behind the manager and give him that Goodison feeling, and I think success will come with that.

“Throughout the team there are strengths, so if we get the confidence back and the Goodison crowd gives them the 12th man, that is the most important signing we can get in this window.”

“We ensured a lot of expertise went into it,” added Mr Moshiri.

“We had Graeme Sharp, with his vast football experience, and our Board.

“Tim Cahill was (also) advising me personally and attending all the interviews. He did very diligent, serious work.

“Our Chairman is very important.

“We are keeping the Chairman as long as we can.

“He manfully fulfils his functions and I really appreciate what the Chairman does.

His first Premier League game when the League resumes Tuesday 8 February will be against Newcastle United.