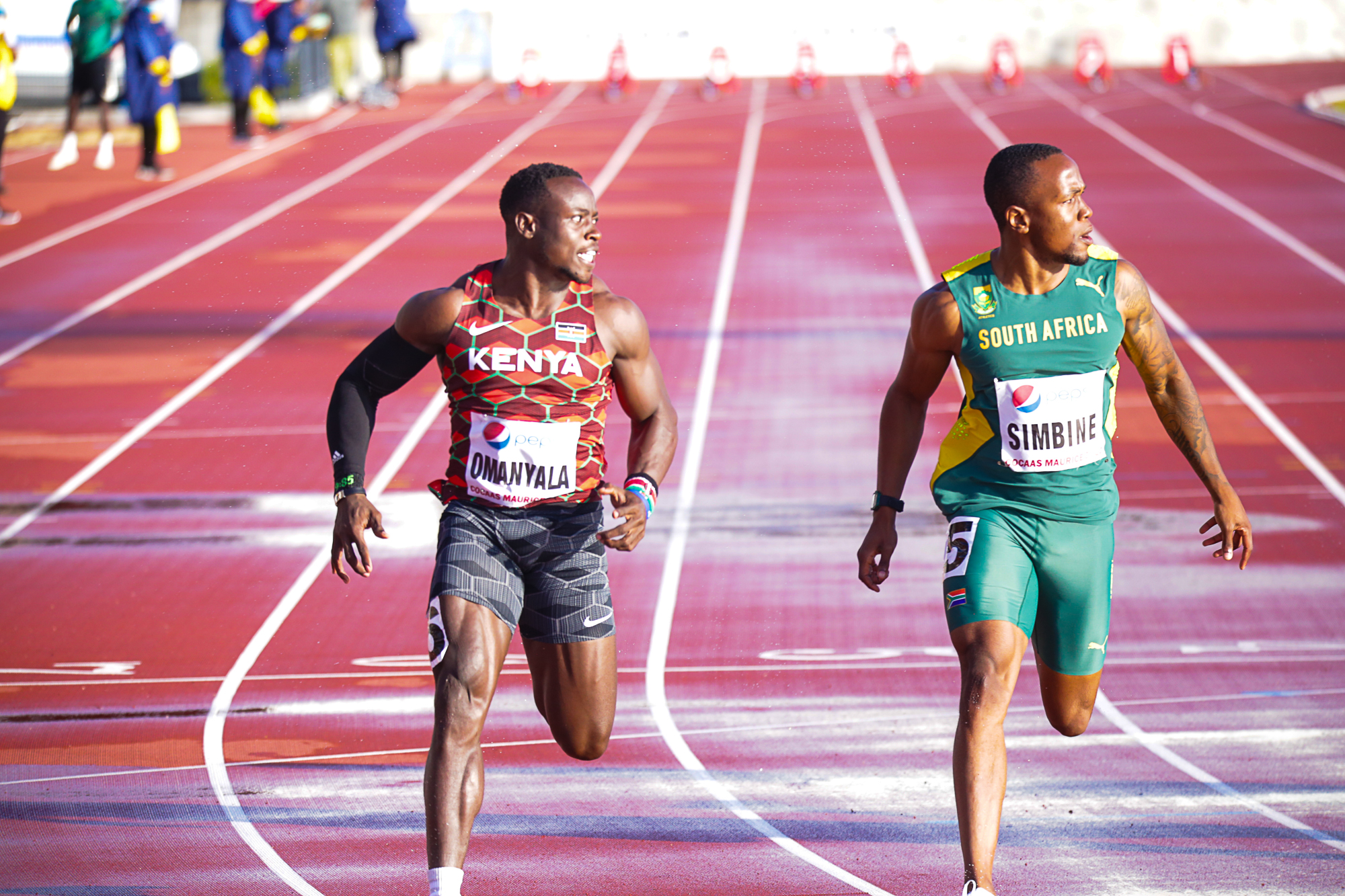 Kenyan sprinter, Ferdinand Omanyala has become Africa’s fastest man after racing to a first place finish in the 100m race in Mauritius.

The Kenyan broke the African Senior Athletics Championships 9.94 record set in 1998 when he conquered Africa in Port-Luis.

The 26-year-old athlete has shown Kenyans can do more than long-distance races as he showed a new wave to Kenyan athletics.

His race against Simbine had taken over majority of the discourse leading into the finals as both athletes blazed through their heats.

Both athletes raced to the end and appeared to have crossed the line the same time but Omanyala had won by a hair’s breadth.

Omanyala became the first Kenyan sprinter in 34 years to win the 100m event and has said his next focus is becoming the world’s 100m record holder.