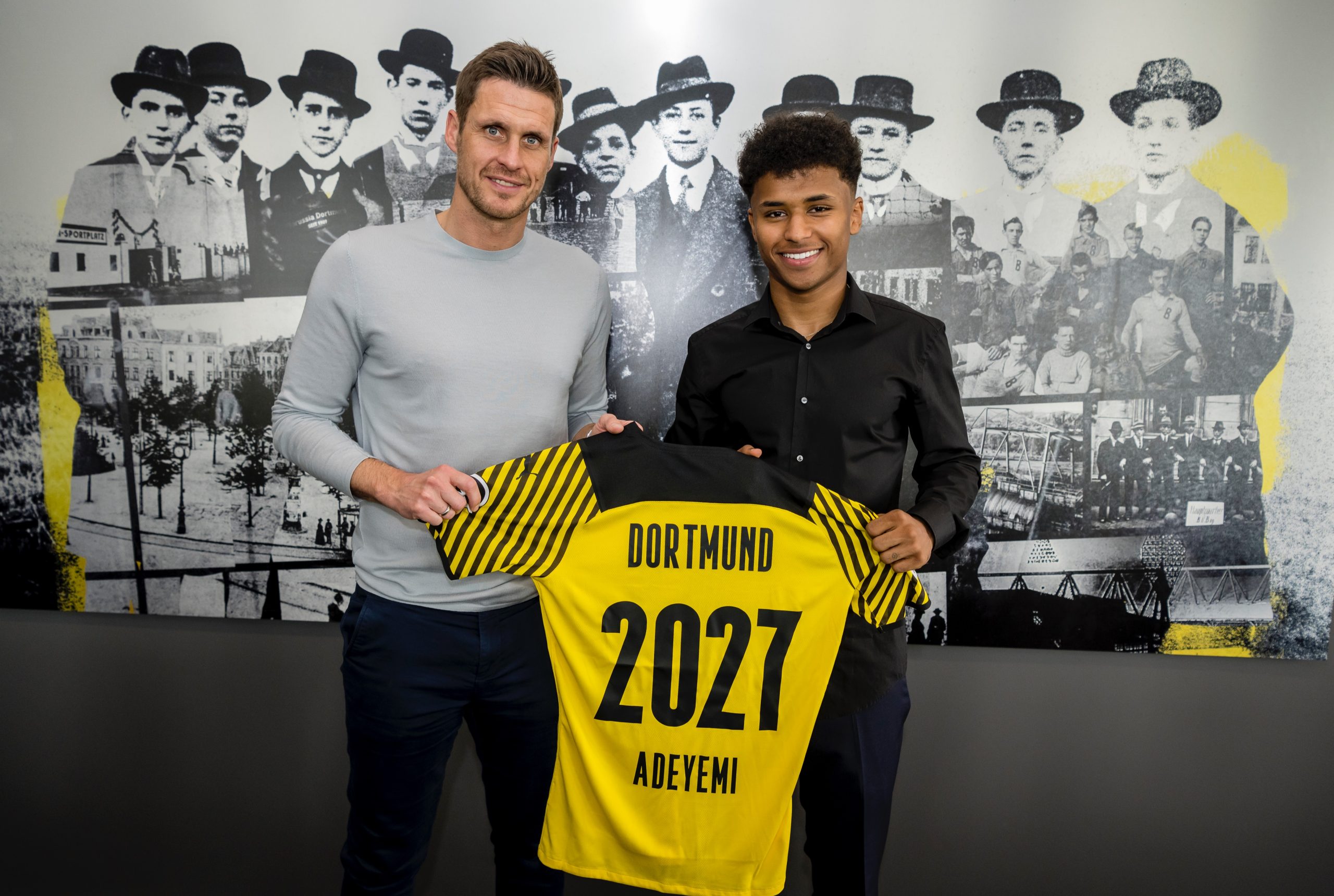 Borussia Dortmund announced the capture of German wonderkid Karim Adeyemi on a six-year deal from Austrian Bundesliga side Red Bull Salzburg as a replacement of Erling Haaland who joined Manchester City.

Dortmund officials didn’t take much time before finding the replacement of Erling Haaland as they acquired the services of German player of Nigerian descents Adeyemi.

“Borussia Dortmund has signed offensive player Karim Adeyemi from Austrian champions RB Salzburg. The 20-year-old completed his medical check-up in Dortmund today and signed a contract that was valid until June 30, 2027 in the late afternoon“, the club announced on their website.

After putting pen on paper, the 20-year old expressed delight and said he has been always a fan of Dortmund.

“As a little boy, I was fascinated by black and yellow fast-paced football”, he said.

“That’s why it quickly became clear to me that I would like to switch to BVB when I found out about Dortmund’s interest.

“I deliberately signed for the long term because I’m convinced that we’ll be an exciting team that, with the support of the fantastic Dortmund fans, will be able to play for and win titles in the medium term.”

In addition, Adeyemi scored 23 goals and provided 8 assists in 42 appearances across all competitions this season with RB Salzburg.