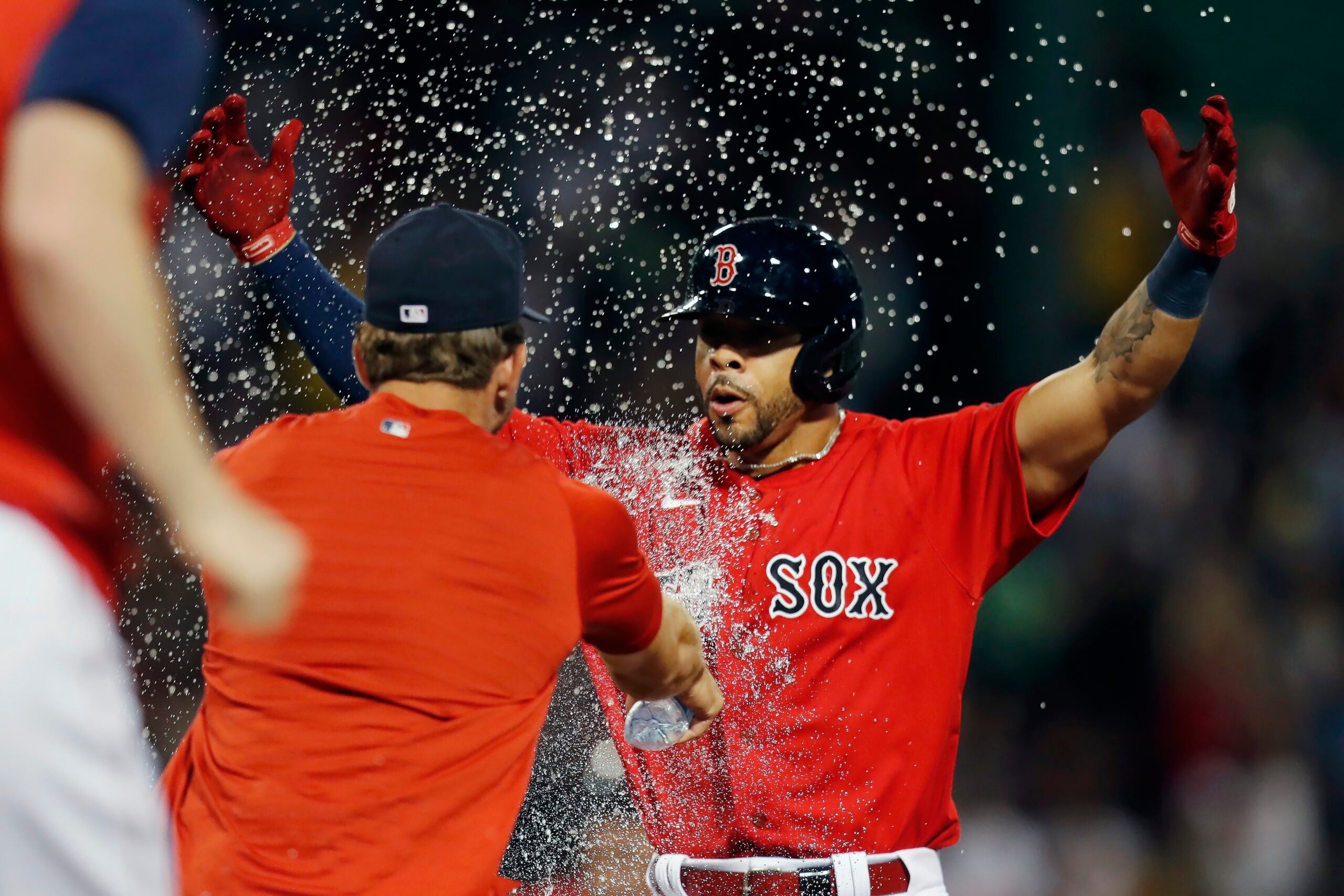 BOSTON (AP) — J.D. Martinez had three hits, including a game-tying RBI single in the ninth, and Tommy Pham hit a walk-off single in the 10th on Friday night to lead the last-place Boston Red Sox to a 3-2 victory over Aaron Judge and the AL East-leading New York Yankees.

New York pitchers retired 12 straight Boston batters before closer Clay Holmes walked two with one out in the ninth and then gave up Martinez’s single up the middle.

Judge, who hit his major league-leading 46th home run in the third inning, reached base for the fourth time when he was walked to lead off the 10th. But Garrett Whitlock fanned Josh Donaldson and Gleyber Torres to end the threat.

In the bottom half, automatic runner Christian Arroyo took third on a groundout and then stayed there on pinch-hitter Reese McGuire’s bunt single. Pham, a trade deadline acquisition, punched one down the third-base line to end it.

Whitlock (3-2) struck out three and walked one in two innings.

Lou Trivino (1-7) allowed two hits and recorded one out for the Yankees, who remain 10 games ahead in their division despite losing three straight and eight of nine.

Judge hit the first pitch of the third inning 429 feet, over the Monster Seats, and onto Lansdowne Street for his 100th RBI; he is on a pace to hit 66 home runs. He also walked twice and was hit by a pitch, reaching base at least three times for the fifth game in a row.

Jose Trevino had two hits, and Anthony Rizzo had a first-inning double to drive in Judge.

Yankees starter Domingo Germán was charged with one run on five hits and two walks, striking out four in six innings.

Nathan Eovaldi dodged the loss when the Red Sox rallied in the ninth. He allowed two runs on eight hits and two walks, striking out three in six innings.

With Andrew Benintendi on first and Trevino at the plate, Red Sox shortstop Xander Bogaerts let a popup drop, then flipped it to second base for the force out. The decision left Trevino at first instead of Benintendi, a faster runner.

Academy Award-winning actress Jennifer Hudson threw out a ceremonial first pitch. … The Red Sox played a highlight video for Benintendi, a member of the 2018 World Series championship team. He had not played in Fenway Park since the Red Sox traded him to Kansas City before the 2021 season.

Yankees: Donaldson shook it off after going over the dugout railing in pursuit of a foul popup. He remained in the game.

Red Sox: Kiké Hernández went 0-for-3 with a walk and a strikeout in a rehab appearance for the Double-A Portland SeaDogs. He batted second and played center field. He could rejoin the Red Sox as soon as Tuesday. … RHP Tyler Danish also appeared for Portland, allowing one run on one hit and two walks in one inning, striking out two.