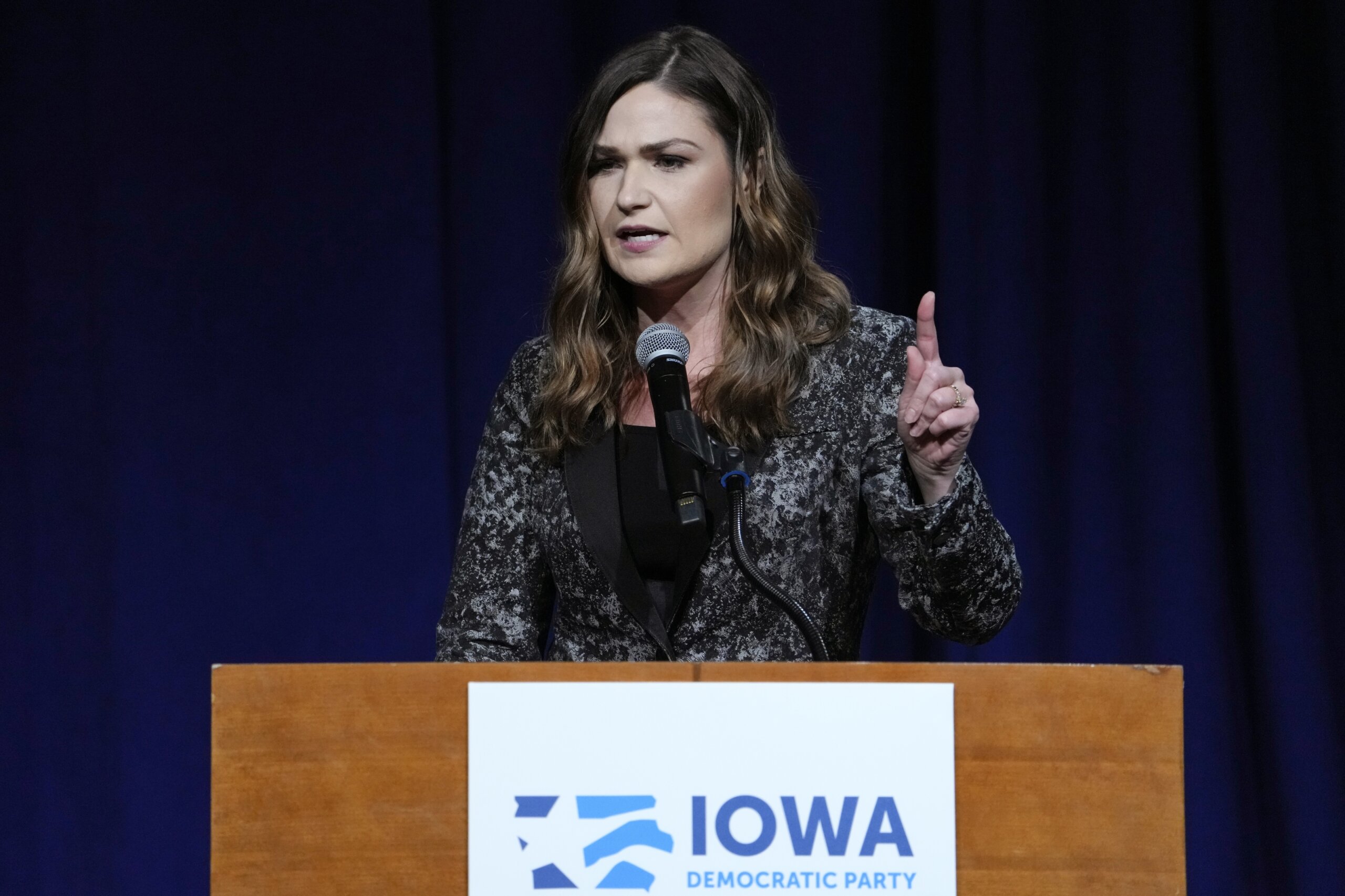 Franken beat former congresswoman Abby Finkenauer and physician Glenn Hurst to earn the right to run against Grassley, who is seeking an eighth Senate term and beat back a nominal primary challenge of his own.

“What must happen is we must defeat Chuck Grassley,” Franken told supporters in Des Moines after receiving a call of congratulations from Finkenauer. “We’re done with this. We’re absolutely done. I’m not going to be the junior senator from Iowa. I’m going to be the leading senator from the state of Iowa.”

Franken’s primary win is something of a surprise, given Finkenauer was better known throughout the state after her 2018 victory over a Republican congressman that made her the second-youngest woman elected to Congress. Finkenauer lost in a reelection bid in 2020 but was a frequent presence on cable television and raised millions of dollars toward her Senate run.

But Franken campaigned in more than 50 of Iowa’s 99 counties, touting his upbringing in rural, northwest Iowa where Democrats have all but vanished from public office. And yet Franken beat Finkenauer soundly in the state’s most populous areas including the Des Moines metro area, as well as in the liberal bastion of Iowa City, next door to Finkenauer’s eastern Iowa base.

“We’re going to take this race from a third-tier Senatorial race to a tier one, the most interesting race in nation,” Franken added.

In his campaign, Franken emphasized a need to “dial down the political tension” in Washington. He also called for adding a public insurance option to the Affordable Care Act.

Joyce Mahl of Council Bluffs in western Iowa said she voted for Franken because she was unsure Iowans would vote for a Democratic woman in the general election, though Iowa has elected Democratic women, including Finkenauer, to Congress. Mahl’s top priority is a candidate she views as stronger against Grassley.

“If you want Grassley out, you’ve got to vote for the one that you think can beat him,” Mahl, 66, said after voting at a downtown Council Bluffs church.

Franken will nonetheless face stiff headwinds going into the general election against Grassley, who has served seven terms. A state that Democrat Barack Obama won in two presidential elections has steadily shifted to the right in recent years, part of a broader transformation that has spread through the Northern Plains that has made it increasingly difficult for Democrats to compete statewide.

Mark Hollander, 47, a marketing professional from West Des Moines, said he voted for Finkenauer in part because of her background in Congress, but also because she represents a new generation. Finkenauer stressed limiting the number of terms a member of the Senate can serve.

“I do agree with her on term limits,” Hollander said. “I feel that Grassley has not been especially effective in the last decade-plus and has turned more obstructionist at this point.”

But Finkenauer’s campaign faced an unexpected stumble in April when she nearly didn’t make the primary ballot. Republican activists claimed she hadn’t gathered enough signatures from enough counties. A district judge ruled Finkenauer hadn’t qualified for the ballot, a ruling she called “deeply partisan.” The Iowa Supreme Court overruled that decision and allowed her to run.

Still, the episode turned off a number of veteran state Democratic activists, former candidates and officeholders, prompting some to give Franken a second look. He posted stronger first-quarter fundraising figures than Finkenauer and earned endorsements from some well-known former Finkenauer supporters bothered by her declining to accept responsibility for the filing mistakes.

Grassley, from New Hartford in northern Iowa, was first elected to the U.S. Senate in 1980 after serving three terms in the U.S. House.