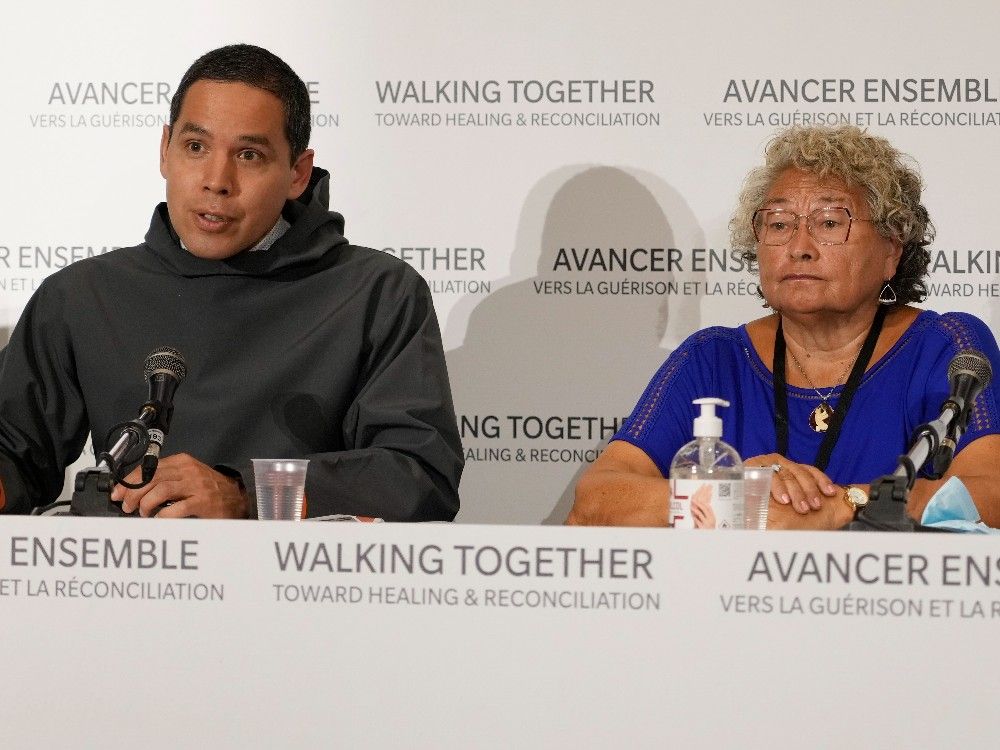 The leader of the national organization representing Inuit people says he had a meeting with the head of a Catholic order in Rome to discuss the case of a priest accused of crimes against children in Nunavut.

“I would hope that the Catholic Church’s faith dictates that they would work with us in a case where there are severe allegations of sexual abuse, especially sexual abuse of minors,” said Natan Obed, president of Inuit Tapiriit Kanatami.

Obed said he had a one-hour meeting Thursday with Louis Lougen, superior general of the Missionary Oblates of Mary Immaculate, to discuss the church’s responsibility in ensuring Johannes Rivoire is put on trial in Canada.

The meeting came after Obed asked Pope Francis during a meeting at the Vatican on Monday to personally intervene in Rivoire’s case.

“I imagine this is an extraordinary request of the Pope, but that was the entire point of the request,” said Obed.

“The Pope is someone who has extraordinary powers above and beyond the power that we have tried to work with overtime on this case.”

A Canada-wide arrest warrant was issued in February for Rivoire, who is in his 90s and lives in Lyon, France. Nunavut RCMP said officers received a complaint last year regarding sexual assaults that allegedly occurred about 47 years ago.

A warrant was also issued for his arrest in 1998. He faced at least three charges of sexual abuse in the Nunavut communities of Arviat, Rankin Inlet and Naujaat. More than two decades later, the charges were stayed.

The Public Prosecution Service of Canada said at the time it was partly due to France’s reluctance to extradite.

Obed said he was told that Lougen had personally contacted the priest and that Rivoire has refused to abide by a direction to return to Canada.

Lougen pledged to work with Inuit to seek justice in the case, although no details were provided, Obed added.

On Friday, Obed was among Indigenous delegates who attended a final meeting with the Pope at the Vatican. In a historic apology, Francis said he was “very sorry” for the church’s role in residential schools in Canada. He also asked for God’s forgiveness for the deplorable conduct of church members.

“I believe we are at a time where the eyes of Canada and the eyes of the world are on this particular encounter, a papal apology, and also understanding more about what has happened and the fact that justice has not been possible for the victims,” Obed said.

“I think it compels the Catholic Church to act.”

Justice has not been possible for the victims

Inuit leaders and politicians, from senators to Nunavut premiers, have continued to urge that the priest face trial. Those calls have grown with the discovery of unmarked graves at the sites of former residential schools run by the Catholic Church.

Piita Irniq, an Inuit elder who has been fighting for more than a decade to have Rivoire returned to Canada, has said there are at least six Inuit still living who allege Rivoire abused them.

“There’s been a lot of press and a lot of talk, so I think the people I’ve talked to are very hopeful,” Irniq said earlier this week.

— With files from Bob Weber in Edmonton