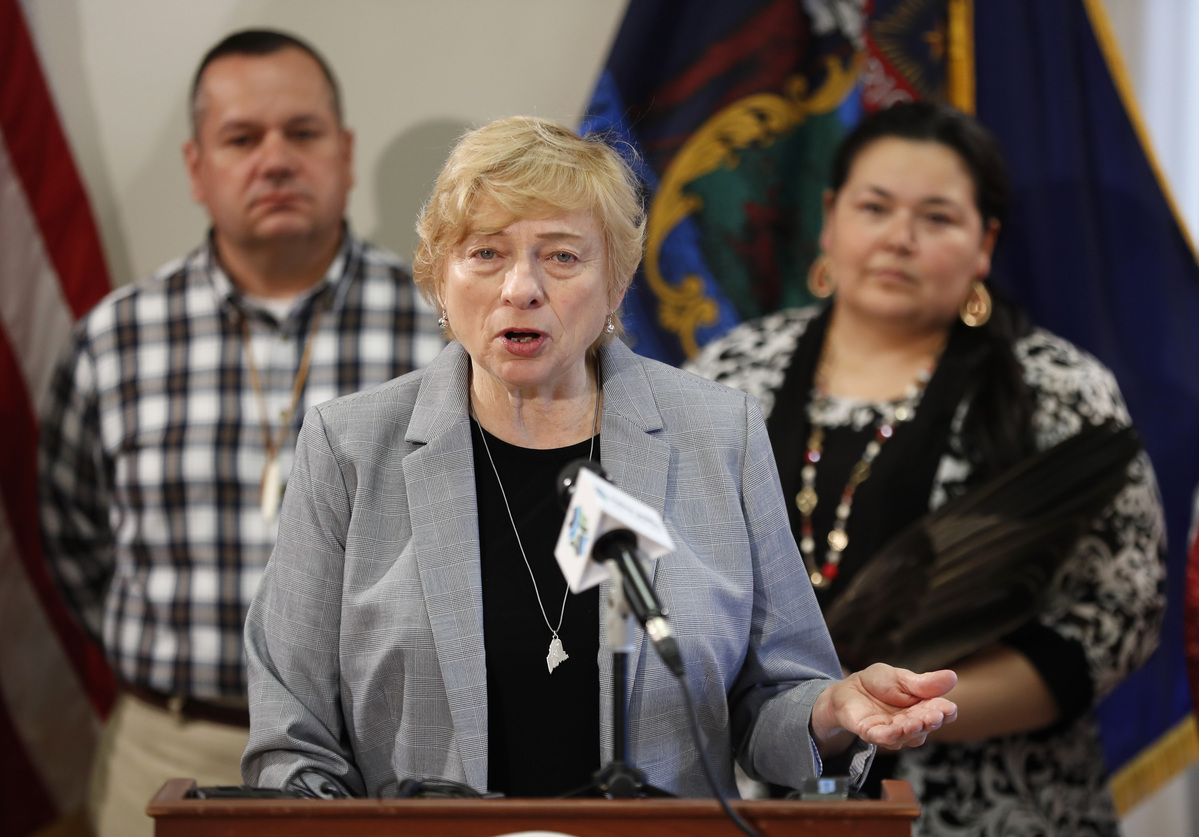 The BDN Editorial Board operates independently from the newsroom, and does not set policies or contribute to reporting or editing aticles elsewhere in the newspaper or on bangordailynews.com.

Maine tribes have repeatedly been blocked, by  voters and by state government, in efforts to enter the gaming industry. This continued exclusion has not been fair. So as lawmakers consider a bill that would give tribes control of a new mobile sports betting market, we view this as a potential rebalancing of a situation that has historically left them behind.

In an attempt to build toward compromise with Maine tribes, Gov. Janet Mills and others have been working on a p roposal that would make federally recognized tribes in the state the only group eligible to get mobile sports betting licenses, which are not yet available in Maine. Representatives from Maine’s two casinos and other gaming interests have bristled at the idea, which would shut them out from mobile sports betting (but not in-person sports betting).

This amended legislation, LD 585, also deals with tribal-state collaboration and tax relief for the tribes, and is slated for another discussion by the Judiciary Committee on Thursday. It was introduced by House Assistant Majority Leader Rachel Talbot Ross and resulted from months of talks that included tribal leaders, lawmakers, the governor’s office, and attorney general. Both Talbot Ross and  tribal leaders have said it is not a substitute for the larger tribal sovereignty push that is also before the Legislature.

“The existing casinos have their markets, so the Tribes will focus on the online market,” Penobscot Nation Chief Kirk Francis told lawmakers in his  testimony supporting LD 585. “And, the off-track betting facilities, which includes the Bangor casino, can focus on facility sports betting. That is fair. And, allowing the Wabanaki Nations access to the new online market is fair. Allowing out of state corporations and existing facilities to have everything is not fair.”

We understand that gaming is a complicated issue with existing jobs and investments in the mix, particularly here in Bangor. However, it’s awfully frustrating to hear gaming entities that have enjoyed effective monopolies in Maine and elsewhere suddenly become concerned about exclusivity and competition when the tables might turn and they might be the ones on the losing end of a restricted market.

The Sports Betting Alliance, a coalition of mobile betting platforms like FanDuel and DraftKings, argued this newest proposal would limit competition compared to other states that have already implemented sports betting. But DraftKings seems to have no problem controlling the online market in New Hampshire.

The Sports Betting Alliance testimony also highlighted Arizona and Michigan as states with “robust competitive mobile sports betting markets.” If those states are going to be held up as models of fair competition, let’s not forget that they both have tribal casinos. Maine does not.

The casino operators in Maine have been protective of their relative monopoly status. When a bill last year (ultimately vetoed by Mills) would have allowed Maine tribes to open their own casinos on tribal lands, a representative for Oxford Casino and its operator Churchill Downs Inc. warned it could “kill this successful economic engine for Oxford County.” When early state sports betting proposals were being debated after a 2018 U.S. Supreme Court ruling  struck down a longtime federal ban, a representative for Penn National Gaming, which operates Hollywood Casino, Hotel and Raceway in Bangor,  suggested that sports betting in Maine should run through the casinos.

To be clear, as we’ve supported the move toward legal sports betting in Maine, we’ve recognized existing casinos have made significant investments and play an important role in communities like Bangor. And as gaming lobbyists have pointed out, a different sports betting bill would spread the mobile and in-person licenses out to various groups, including the tribes.

But this is where we are now: The tribes have been repeatedly turned away from operating their own casinos. Existing casino operators have argued to keep tribes out of that market. And now, when there’s a chance for some recalibration toward empowering the tribes, that is uncompetitive and exclusive? Lawmakers should reject this argument.

“We support the efforts of Maine’s Tribes toward self-determination and dignity, but not these specific provisions which exclude the existing casinos — good longtime partners of the State,” Daniel Walker of law firm Preti Flaherty testified Feb. 17 on behalf of Oxford Casino & Hotel. “Such exclusivity will harm the successful economic engine that has helped the turnaround of Oxford County and the Bangor region. There are only so many gaming dollars to go around in our small state.”

We agree that the Bangor casino has been a valuable economic driver in the region. But Maine tribes are also part of the Bangor region. As a state, we have to ditch this us versus them framing.

Tribal and state officials have both described LD 585 as a step in the right direction, something to build on. We hope it will be that much-needed building block.