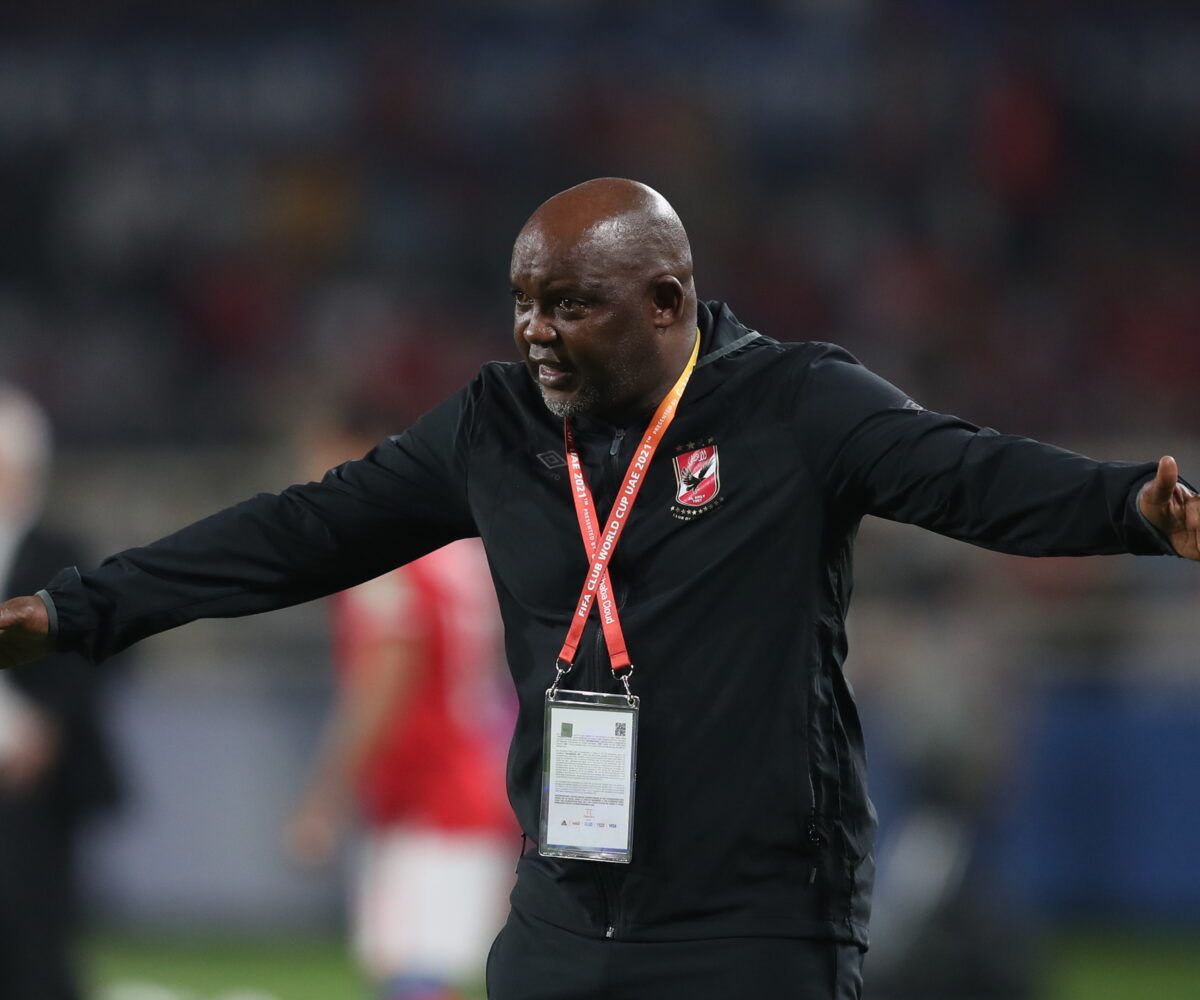 In case you’ve forgotten, Pitso Mosimane and Percy Tau will face Mamelodi Sundowns with Al Ahly in the CAF Champions League this month.

Football is a funny game. Who among us could have imagined this: Mamelodi Sundowns facing Al Ahly with Pitso Mosimane and Percy Tau in the Egyptian club’s colours?

As The South African previously confirmed, the South African champions were drawn in Group A of the 2021/22 CAF CL showpiece. The group includes the Egyptian giants, Sundowns, and a bit oddly, the two Sudanese clubs Al Hilal and Al-Merrikh.

The game that matters the most, with Mosimane and Tau, will be on Friday 25 February against Al Ahly.

PITSO MOSIMANE SUGGESTS THE CLASH WON’T BE THAT HEATED

Considering how the Kagiso-born coach left the DStv Premiership champions under a dark cloud, it is easy to imagine Mosimane will compete fiercely to get one over his enemies in the Sundowns management.

“I have left a footprint, the coaches that came after me didn’t find a team in a bad condition,” he said via Soccer Laduma.