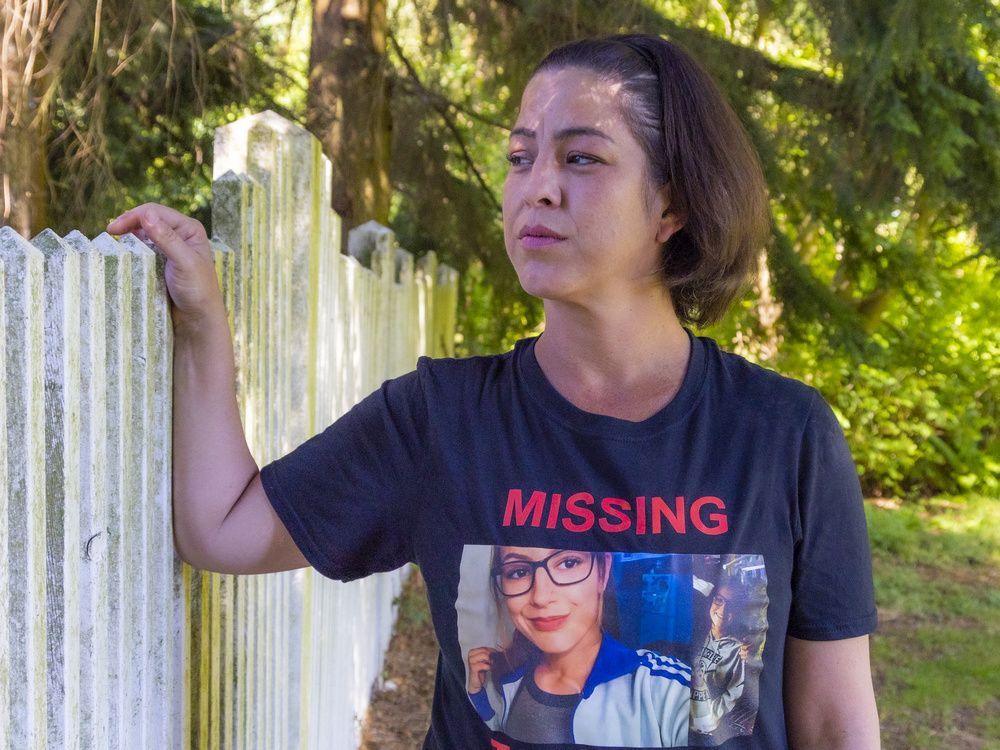 When Natasha Harrison is not at work cultivating crops for a Surrey greenhouse, the 40-year-old woman hd been driving around the Downtown Eastside, canvassing the neighbourhood for her missing 20-year-old daughter.

That search took a tragic turn on Saturday when police confirmed that a body found in Richmond was that of her daughter Tatyanna. Vancouver police also revealed that the young woman had died from toxic fentanyl poisoning.

Harrison had taken it upon herself to carry out her own search, citing a lack of urgency shown by the Vancouver police.

Harrison first reported her daughter missing on May 3. In the next six weeks, the mother nosed around shelters, single-room occupancy hotels and tents for her daughter.

“I followed every lead,” said Harrison on Friday, before news of her daughter’s demise. “I paid people to take us inside SROs so we could see if it was Tatyanna that had been spotted in one of the rooms or if it was just someone matching her description.”

Tatyanna’s case was one of several involving Lower Mainland Indigenous women reported missing in recent months. After the remains of three women were discovered recently in the Downtown Eastside, posters were plastered across the neighbourhood calling attention to those still missing.

From her efforts, Natasha Harrison gathered information including the last known whereabouts of her daughter, the Vancouver shelter she was staying at and the man she was seen with — all of which she forwarded to investigators on the case.

“I asked anyone, everyone. I even went up to complete strangers. I told them I was her mom and they couldn’t say no to my face. That’s how I found out the man she was staying with was her new boyfriend. She was reluctant to tell me his name previously.”

Harrison says that precious time was lost before the Vancouver police took on her daughter’s case.

She said it took investigators more than 20 days to begin the search. “Vancouver police told me they couldn’t investigate because the missing persons’ file was being pushed to Surrey RCMP.”

However, Tatyanna had told her mother she was headed to live in Vancouver after leaving her residence in Surrey around Feb. 3.

“After I first made the missing person’s report, two Vancouver police were in my living room. My mother and me, we were crying, begging for them to search for her, to check security camera footage of her bank or shelters,” Harrison said.

More than two weeks later, after her daughter’s case was transferred to Vancouver police’s major crimes unit, investigators gained access to the security footage of the woman accessing her RBC bank at Main and East Hastings streets on March 23.

“Initial findings from the investigation indicated that Tatyanna was last seen in Surrey. As such, Surrey RCMP assumed conduct of the investigation,” Vancouver police confirmed in an email to Postmedia on Friday.

“When investigators discovered evidence that Tatyanna had used a bank machine in Vancouver at the end of March, Vancouver police took over the investigation, continuing to gather evidence.”

Tatyanna was last recorded replacing a lost debit card and withdrawing cash alongside a man whom investigators have not yet identified.

The next day, she sent a final text message to her mother from a new phone number, which pinged in the Downtown Eastside.

Last seen meeting a female friend on April 22 at the Grand Union Pub near Abbott and West Hastings streets, Tatyanna last stayed in a shelter at 875 Terminal Ave. with a male companion from Feb. 9 to 22.

Police said she never came to collect her social assistance cheque the last week of April.

“Even in the midst of her struggles with substance use after experiencing a traumatic event at age 14 and a recent relapse, she would always be the first to run towards people who need help,” she said.

During Harrison’s Downtown Eastside search, she said she came across people who reported seeing her daughter 15 minutes earlier.

However, upon racing to inform the VPD about potential sightings, the mother said she waited on the phone for up to a half-hour on hold. When she did get through to an officer, she was told she had to submit tips to Surrey RCMP.

“I felt so alone in my search,” said Harrison. “Even (a week ago) Thursday, Vancouver investigators told me they just submitted a request for access to Tatyanna’s Snapchat account. I assumed they would have already done that.”

After Tatyanna’s case was transferred to Vancouver police, the mother was given a direct line of contact with an investigator on the case to whom she could provide any tips.

The investigators have shown Harrison an ongoing list of tips, made by members of the public, which are highlighted in green once they’ve been looked into.

In text messages between the mother and the investigator, the VPD officer tells her on June 30: “I honestly don’t know what happened. None of us do. We are still looking every day, but the leads get weaker and we just have to hope for a lucky break.”

When the mother inquires about the status of her daughter’s investigation over text on July 4, the VPD investigator responds: “Almost all of the leads have been exhausted and we have to try and get lucky now.”

After more than eight weeks of searching for her daughter, Natasha Harrison suspected that she was not safe.

“She’s known my phone number off by heart since she was a child. She would have reached out,” she said.

Harrison said, while choking back tears during a phone interview, that she constantly worried that someone had harmed her daughter.

“Tatyanna is my everything,” she said.

On Saturday, Const. Tania Visintin, a spokesperson with the Vancouver police said that a body found on May 2 in Richmond had been positively identified as Tatyanna Harrison.

“Tragically, we now believe Tatyanna died in another city before she was reported missing,” said Visintin, in a statement.

She said the Coroners Service had informed the VPD that she died from drug toxicity, specifically fentanyl.