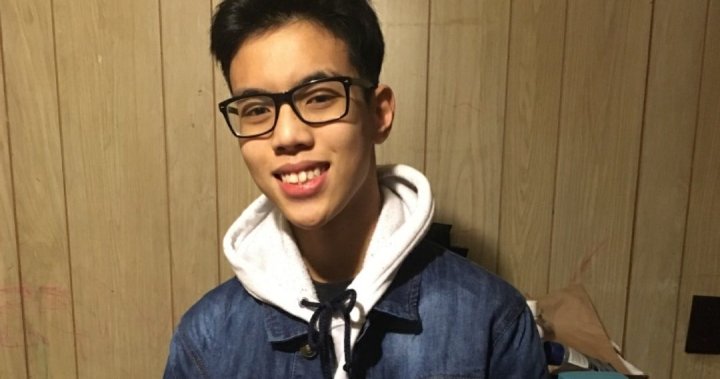 The family of a young man killed while at work earlier this week says another teenager cannot die senselessly like he did.

John Lloyd Barrion, 19, was killed while working at a beer vendor on Notre Dame Avenue on Tuesday.

Barrion was finishing the end of his shift, working alone, when sources told Global News a number of suspects entered the building just after 3 a.m.

Global News has learned Barrion complied with all of the robbers’ demands but they killed him anyway.

“He (had) so many ambitious plans for the future, for the family,” his mother Maria said. “But boom, in one click, he’s gone.”

Police would not say how many suspects they are looking for or if any arrests have been made.

“It’s really hard to lose him at the young age and I want I want this to stop now,” his mother said. “I don’t want it to happen again.”

Barrion had been on the job only for the last four months to save up money for college.

“I told him it’s dangerous, but (he) said it’s OK just for now and he’s saving money for his future,” his mother said. “I’m shocked. I don’t know why this is happening … why this happened. I can’t believe it.”

He was the middle child in a family of five kids and his siblings are still having a difficult time wrapping their heads around his death.

“The eldest would say he would look at a certain time of the day, perhaps after work, and would expect John to be there … only to realize he will never be there, ever,” family friend Ponz Mabuyan said.

Friends describe him as an outgoing, personable teenager with a bright future ahead of him.

“John Lloyd is the type of guy who’s so bubbly and so friendly that even my own wife considers him a son,” Mabuyan said. “John Lloyd is the kind of boy who’s not difficult to love. He’s actually very easy to not just like but love.”

Barrion, a recent high school graduate, had always worked odd jobs in the summers to help his family out, Mapuyan said.

“He would go for delivering newspaper or fliers in the neighbourhood and then at the end of the day, when he gets paid, … he would not keep a single cent. He would give up everything to the parents,” Mabuyan said.

His family and friends said it’s that kind of selflessness that he will be remembered for. But now, for many, a hole has been left in their hearts.

“The void that was created with the passing of John Lloyd can never be replaced, can never be filled up by anything else,” Mabuyan said.

Mabuyan and members of the Facebook group 204 Neighbourhood Watch Inc. are planning a vigil for family and friends on Saturday outside the building where Barrion was killed.

“I’d like to encourage everyone else belonging to this community, the Winnipeg community, to stand up with us and ensure a better future for a better community,” Mabuyan said.

The Saturday vigil for Barrion will take place at 1400 Notre Dame Ave. — the location where he worked — starting at 3 p.m.