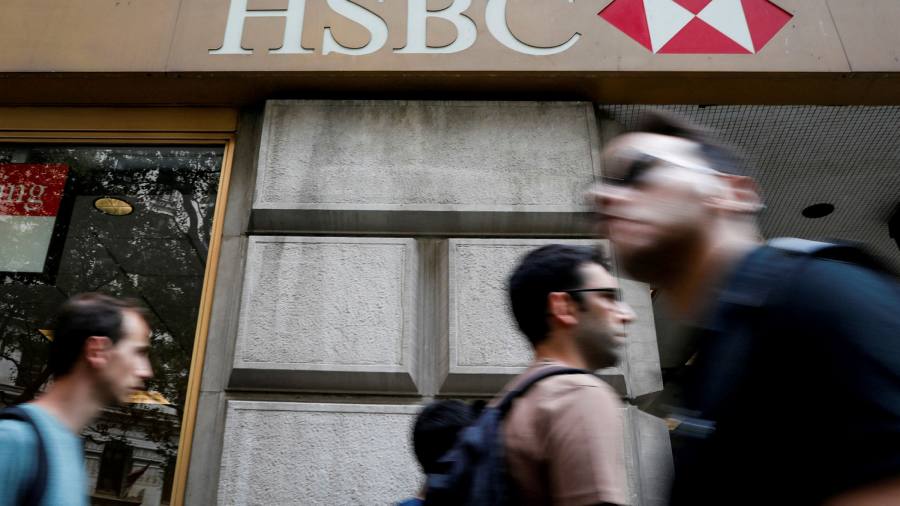 HSBC’s profits fell by more than a quarter in the first three months of the year as Europe’s largest lender increased its reserves for bad loans in response to Russia’s war on Ukraine and suffered slowing growth in its primary Asia markets.

The London-based bank reported profit before tax of $4.2bn for the first quarter of the year, a decline of $1.6bn from the same period last year, in part because of a $600mn charge for expected credit losses owing to the war in Ukraine and the slowdown in the Chinese property sector.

The charge came a year after HSBC started cancelling hundreds of millions of dollars in reserves it had set aside for potential pandemic-related loan losses.

Profits were also hit by a surge in Covid-19 cases in HSBC’s largest market Hong Kong, which resulted in muted equity market activity, bank branch closures and a slowdown in the lender’s wealth management division in China, which is at the core of its Asia growth strategy.

However, the bank beat analysts’ expectations, which forecast pre-tax profits of $3.7bn, partly thanks to a rise in global lending volumes. Revenue fell 4 per cent to $12.5bn, falling just short of the $12.7bn forecast.

“The Russia-Ukraine war continues to have devastating consequences both within Ukraine and beyond,” said Noel Quinn, HSBC chief executive, in a statement on Tuesday. “HSBC Russia is not accepting new business or customers and is consequently on a declining trend.

“The vast majority of our business in Russia serves multinational corporate clients headquartered in other countries, and as a global bank, HSBC has a responsibility to help them manage these challenging circumstances.”

HSBC said the conflict in Ukraine had “exacerbated inflationary pressures” and “increased uncertainty” for the global economic outlook.

The lender is in the middle of a multiyear plan that will redeploy $100bn of capital to Asia, trim $4.5bn in costs, cut 35,000 jobs in Europe and the US and invest heavily to become a market leader in wealth management in Asia.

Around a year ago, it doubled down on this strategic shift to Asia and retreat from the west. The lender has sold its retail operations in the US and France and is partway through a programme to invest $6bn to expand in Hong Kong, China and Singapore, hiring more than 5,000 wealth advisers in the region.

HSBC’s Hong Kong-listed shares fell 1.3 per cent in the morning trading session on Tuesday. Its losses steepened to 2.6 per cent in the afternoon after the bank announced its quarterly financial results.

Shares in HSBC have recovered 85 per cent since hitting a 25-year low in September 2020, weighed down by lockdowns, ultra-low rates and east-west geopolitical tensions. However, they have still lost a fifth of their value in the past three years.

The bank hosts its annual meeting in London on Friday.