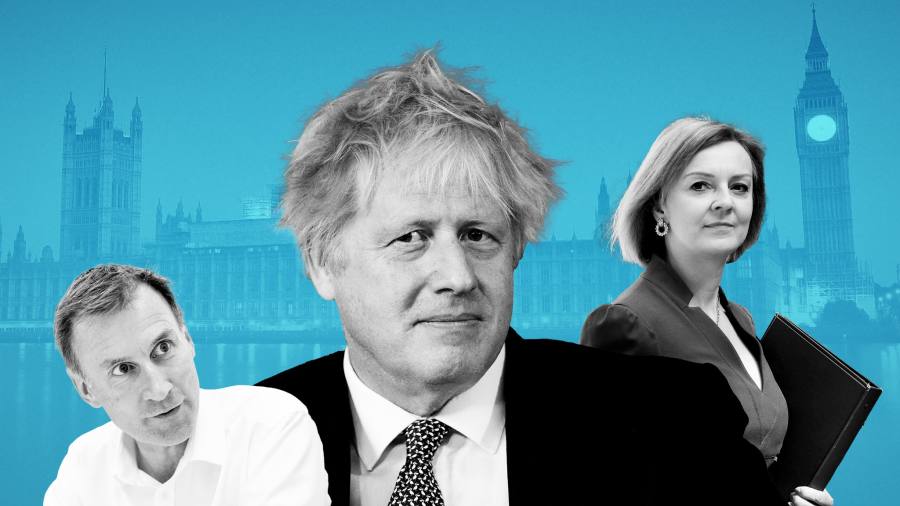 Boris Johnson narrowly survived a confidence vote on Monday evening, with 211 Conservative MPs supporting the UK prime minister but 148 voting against him. With 41 per cent of the Tory parliamentary party lacking faith in Johnson’s leadership, his internal battles are far from over.

Past Tory leadership challenges suggest that even those who win in a confidence vote struggle to remain in office for long. Johnson’s performance in the ballot was worse than Sir John Major’s result in 1995 and Theresa May’s in 2018; they were out of office within two years and six months respectively.

The prime minister hopes to buck that trend with a renewed focus on his policy priorities and by rewarding loyalty. But his critics within the party have not given up and hope he can still be forced out of office in the coming weeks or months.

How will Johnson and his team fight back?

The margin of victory in the leadership challenge was lower than Johnson’s allies had hoped but in the words of one cabinet minister “a win is a win, even if it is by one vote”. The prime minister’s comment that it was an “extremely good, positive, conclusive, decisive result” speaks to his plan to continue much as before.

Some within the Conservative party had hoped Johnson would take a more consensual approach and rejig his government and policy platform by reaching out to the MPs who voted against him, particularly from the centre and left wings of the party.

But Johnson’s allies do not see it that way. One minister close to the prime minister said: “Boris has indulged these people [his critics] for far too long. He needs to do stamp his authority and rout those who have caused endless headaches.”

Some Johnson supporters have said there are plans for an imminent “punishment reshuffle” in the junior ranks of the government for those seen as showing insufficient loyalty to the prime minister.

What will the rebel Tory MPs do now?

Tories who want Johnson out have no intention of giving up. Philip Dunne, a former health minister and key ally of leadership rival Jeremy Hunt, warned on Tuesday that “this is not over”. However, there is no immediate prospect of another ballot: party rules state the leader cannot be challenged for another year.

One leading rebel who voted against Johnson on Monday said his opponents would look to make the government’s life difficult through parliamentary procedure. “It’s going to be guerrilla warfare,” he said. “We aren’t going to stop because none of us have changed our minds.”

The next flashpoint is a pair of by-elections on June 23. The Tories are expected to lose Wakefield in West Yorkshire, which was won by the Conservatives in 2019, to Labour, and the formerly safe seat of Tiverton and Honiton in Devon to the Liberal Democrats — exposing the party’s weakness across the country. Rebels will use any loss to call on Johnson again to quit, but privately they know they have no formal power to force him to do so.

How will the cabinet respond to Johnson’s slender win?

Aside from losing a confidence vote, the other clear route for Johnson’s departure would be for the cabinet to call on him to stand aside. But the prime minister selected many of his top team of ministers based on their loyalty to him. Few are likely to oppose him.

Several prominent supporters of the prime minister in government are aware that their careers would be over if he was forced from office. One minister who has privately lost faith in the Johnson’s leadership said the cabinet “should obviously move against him but I doubt they will. They’re all too spineless and worried about their own backs.”

But some influential Tories think ministers have a duty to move against Johnson. Paul Goodman, editor of the ConservativeHome website and a former MP, wrote on Tuesday that not acting “will do the country and your party no good”, adding that removing the prime minister “would be setting out a way in which Johnson can leave office undefeated sooner, rather than lose a ballot later”.

Will the Tory grandees act against the prime minister?

The informal rule book of the 1922 committee — which is made up by rank and file Tory MPs and sets the rules for any party leadership contest — states that incumbents cannot be challenged again for 12 months after winning a confidence vote. This means Johnson should be safe until June 2023, by which point the party will be thinking about the next general election.

But two members of the 1922 committee’s 18-member executive said that its chair, Sir Graham Brady, would modify the rules to allow another vote if there was enough demand from Conservative MPs. The executive would have to approve any such move. “We could have another vote in a flash if Graham decides there is appetite,” said one senior MP.

Any such move is likely to meet with a backlash from Johnson’s supporters, who argue that the matter is settled. Deputy prime minister Dominic Raab told the BBC on Tuesday that “fiddling with the rules when you don’t like the result is a bad look”.

But if the Tories lose the June 23 by-elections, or if the House of Commons’ privileges committee, which is currently investigating the prime minister’s knowledge of lockdown-breaking parties, decided that Johnson had knowingly misled MPs, the pressure will grow on Brady to allow another vote before the end of the year.

How will Johnson govern when 148 Tory MPs oppose him?

With an 80-seat majority, Johnson and the Conservative party still have the confidence of the House of Commons, so there is no immediate prospect of the government falling.

That majority will be tested when the government brings forward major pieces of legislation, such as the levelling up and regeneration bill and national security legislation. Both include contain contentious measures that will divide MPs and present an opportunity for rebels to act.

But despite their opposition to Johnson, very few of the 148 MPs would be willing to topple the government to get rid of him. Instead they will focus on making his life difficult. One option being examined by rebels is forcing votes on Johnson’s conduct — including the findings of the privileges committee’s investigation into whether the prime minister misled MPs.

Despite the desire within Downing Street to “get a grip” on the situation and focus instead on policy, the rebels opposing Johnson and his government’s policy platform are unlikely to back off, leaving the government with an ever-growing challenge of holding an increasingly divided party together.