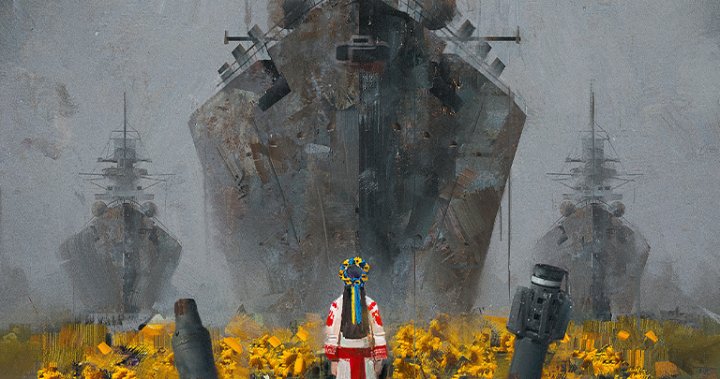 A London, Ont., resident from Ukraine is helping to support the individuals fighting in his home country with an upcoming charitable event.

Dimitry Tarabanov is working in collaboration with Ukraine’s Ministry of Digital Transformation to organize Avatars for Ukraine, a charity auction featuring digital art pieces known as non-fungible tokens (NFT) — a form of crypto technology that can neither be replaced nor interchanged because every digital “footprint” is monitored.

All proceeds from the auction will go towards medical aid for Ukrainian soldiers.

“We have injured defenders of Ukraine who have been protecting it for three months,” said Tarabanov. “There are thousands of injured people, and we would like to start helping them as soon as possible.”

Mykhailo Fedorov, vice-prime minister of Ukraine as the minister of digital transformation, shared the news of the upcoming event on his social media platforms.

Ukraine’s top video game developers together with digital artists created a charity NFT collection @avatars_ukraine. 70 artworks that depict the bravery of Ukrainians will be auctioned on May 19 at NFT-museum @Meta_History_UA.

A total of 70 artists are participating in the auction on May 19, following the theme of reflecting the war and “the incarnations of the spirit of Ukraine in its fight for existence,” according to the Avatars for Ukraine website.

“It’s the face of my nation at war,” said Tarabanov. “At its core, each piece of artwork makes up an important part of the spirit, soul, wisdom, love and freedom of Ukraine.”

Tarabanov said an ample collection of Ukraine’s artworks is focused on previous wartimes, including the Soviet era and the Second World War. He stressed the importance of separating the upcoming auction’s digital artwork from anything seen in the past.

“The times are changing and that includes the way art is produced,” he said. “It’s a historical moment, just like the comic industry releasing special issues of Superman during war times in the ’40s. I think the current war is the first time in history when video games are actually playing the part in helping people who are affected by the war in Ukraine.”

He added that the auction’s name, Avatars, comes from Sanskrit — an ancient Indo-European language of India — and means incarnation or embodiment.

“It represents universal justice that is not based on human law, but based on one of a higher concept,” he said. “So, the idea is those images are just the avatars for Ukraine, as a nation and as a people.”

First coming to Canada around seven years ago, Tarabanov is originally from a town near Mykolaiv in southern Ukraine.

In wanting to not only help those fighting against the Russian invasion, but also to help keep family members in good spirits as they flee the active war zone, Tarabanov hopes this upcoming auction can provide some relief for all.

“From medical aid, treatment and prosthetics, our hope is to have this help everyone return to a once-normal life.”

Available globally, the auction goes live on Thursday, May 19.

More information can be found on the Avatars for Ukraine website.