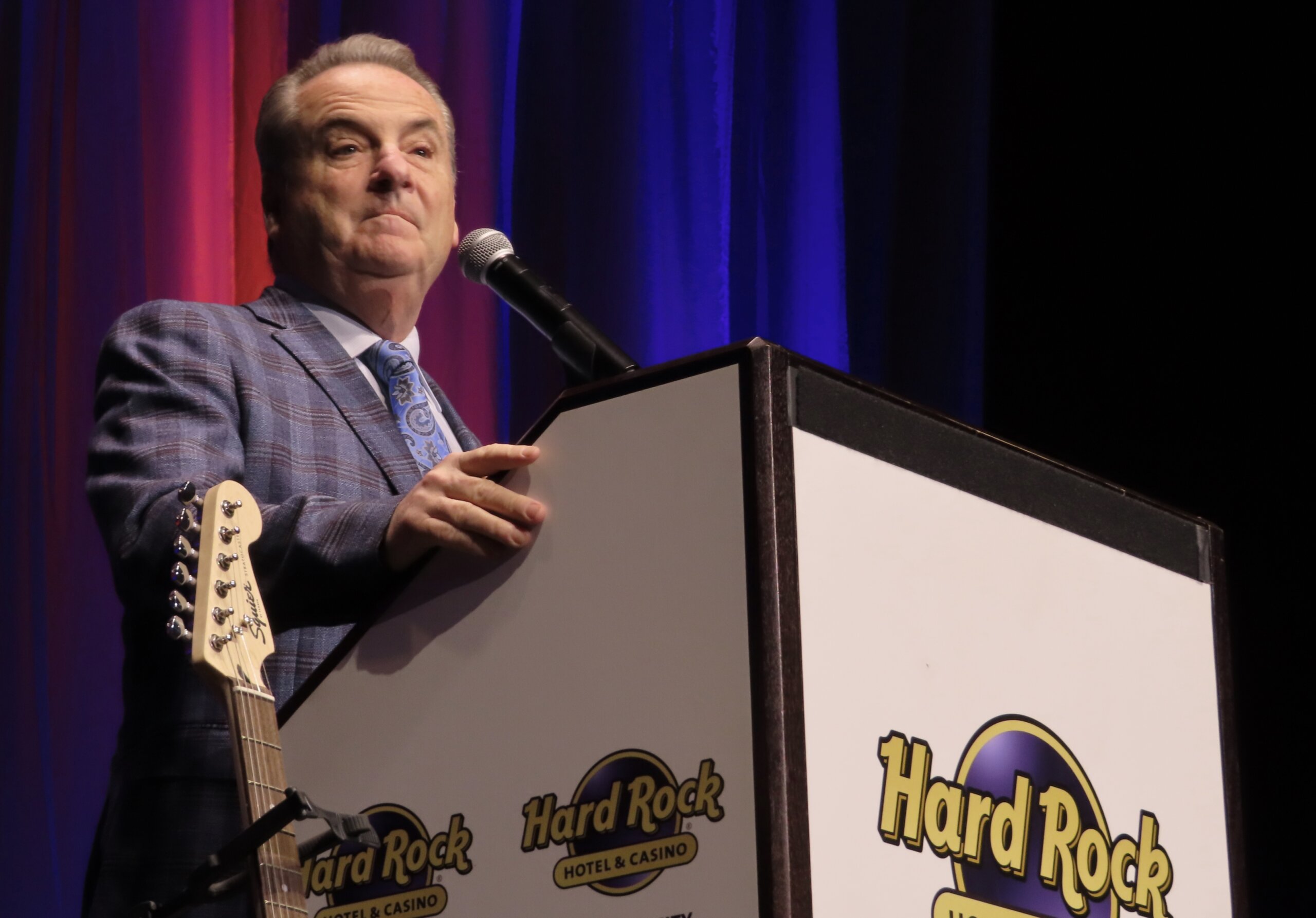 ATLANTIC CITY, N.J. (AP) — Hard Rock, the global gambling, hospitality and entertainment company, has three potential sites on which it could build a casino in New York City, its chairperson said Thursday.

The company, owned by Florida’s Seminole tribe, will open a new $400 million to $500 million hotel in Manhattan in April, and has long operated a Hard Rock Cafe near Times Square that has been a must-see on the tourist circuit.

But its plan for a new $2 billion casino in the city would dwarf those investments.

In an interview after he addressed an employee meeting at the Atlantic City casino, Hard Rock chairperson Jim Allen said the company has lined up at least three potential sites in New York for a casino, although he would not identify them.

But he did say the soon-to-open 446-room Hard Rock Hotel New York would not be one of them.

“You have to have a footprint of real estate large enough to take advantage of the size of the market,” he said. “We’re extremely proud of our hotel on 48th Street, but its footprint is just not large enough for gaming. As far as other locations, really we’re waiting on the governor and the committee that’s going to be sending out the request for proposals to see what language is in the bill as to geographic locations that would be acceptable to the state.”

Allen said he expects the actual selection process to begin in late summer or early fall, assuming the necessary legislation to authorize as many as three casinos is enacted by then. Many of the major gambling and hospitality companies have also expressed interest in building a New York casino.

Hard Rock holds a partial ownership stake in the Meadowlands racetrack in East Rutherford, New Jersey, just outside New York City, and has proposed building a casino there — a plan that still remains viable, Allen said.

If Hard Rock is chosen to build a New York City casino just a few miles away, that would not necessarily mean it would scrap plans to build one at the Meadowlands as well, he said.

New Jersey’s Constitution would have to be amended to allow casino gambling outside Atlantic City, and a referendum to allow it was resoundingly defeated by voters in 2016.

“I’m not saying we would drop a Meadowlands option,” he said. “I think we have to look at all the different circumstances. There’s certainly the ability to have more than one product in a geographic area, as we’ve done many times in our industry.”

Allen said there is a danger of a Hard Rock project in New York or northern New Jersey siphoning business from its Atlantic City casino. But he also said the symbiosis of such a relationship could actually help the Atlantic City casino by funneling gamblers who patronize a New York-area facility to Atlantic City for special events, such as an Andrea Bocelli concert in June.

A New York casino will generate about $2 billion in gambling revenue, he said.

“The question is, how much of that is going to come from Atlantic City?” he asked.

The New York hotel, which is already accepting reservations, will feature a rooftop bar, a 34th-floor penthouse and live music in multiple public spaces.

It also will include The Venue on Music Row, an entertainment facility that can hold 400 guests for concerts, fashion shows, after-parties and dinners.

Allen was in Atlantic City to announce that Hard Rock is paying bonuses totaling $10 million to 2,400 of its local employees to help celebrate the casino’s performance in 2021, which included the largest increase in gambling revenue compared to 2019 pre-pandemic levels in Atlantic City. Two employees were awarded new cars, and others won cash or vacations.