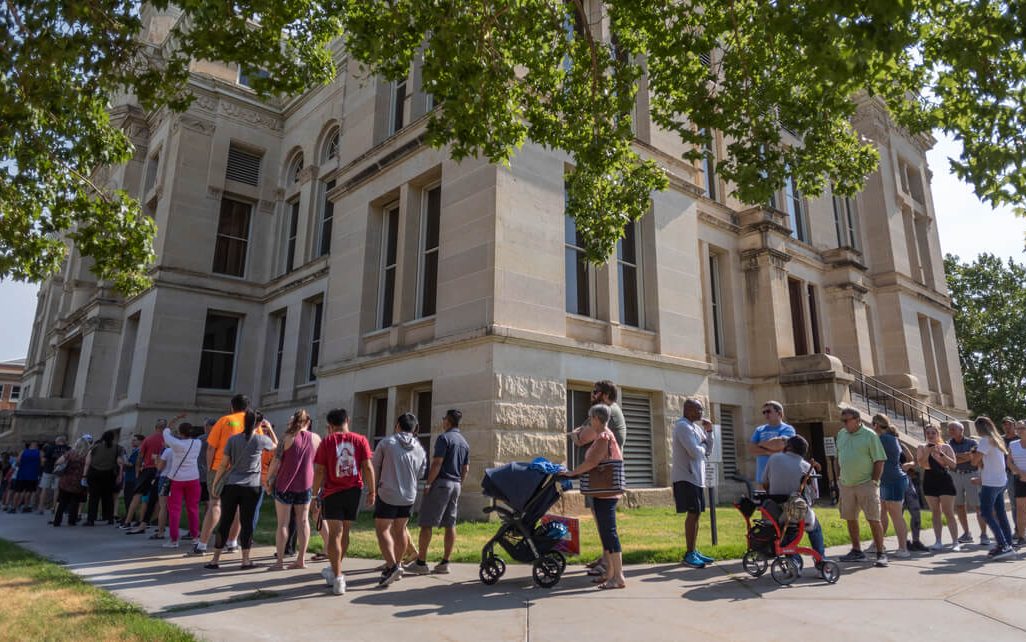 “What’s the matter with Kansas?”

After that state’s vote to retain the state constitution’s protection of abortion, many might answer that “nothing’s the matter with Kansas.”

Unless that vote was a fluke, what happened in Kansas has sent a signal about the future of American politics.

The Kansas question was first asked by William Allen White in a classic 1896   editorial. He criticized the state’s populism and jabbed at men who talked about big public spending while leaving their wives struggling to find enough money for household expenses.

In 2004, Thomas Frank, a native Kansan, authored a   book with the question as its title. He argued that the Republicans who controlled the state had adopted policies harming the average people who loyally elected them. White’s conservatism had won the day.

Kansas is often considered a “solid red” state, thoroughly conservative and Republican. Seen that way, the abortion vote was a historic break from what had become the deeply ingrained character of the state.

But that view of Kansas is at least partially wrong and is becoming even more discredited as time passes. Two things are changing in Kansas that are likely to be occurring all across the country.

Kansas is becoming   more urban, according to the U.S. Census. We may think of its fields of grain, but services based in cities are gaining. The Democrats are beginning to win in growing Kansas cities and their suburbs, while the Republicans lead in the shrinking rural towns.

But the   pro-choice vote in both the small towns and cities topped Joe Biden’s 2020 votes. That may have been caused by the growing power of women in politics. “Solid red” Kansas has a woman serving as governor and in one of its four U.S. House seats. Both are Democrats.

After the U.S. Supreme Court overturned Roe v. Wade, voter registration shot up in Kansas, where a state referendum meant to undermine abortion was scheduled. The Republican legislature calculated that a low turnout, mostly for GOP primaries, would ensure its passage.

But turnout was high, reflecting a surge in new registrants. About   70 percent of the newly enrolled voters were women. While there’s no way of knowing how they voted, it’s likely they were motivated to register and vote by the need to protect abortion after the Roe reversal.

Nationally, the population mix of the electorate is changing. A lot of attention is focused on Latinos and African Americans. Are Latino voters innately conservative and likely to desert the Democrats? Faced with voter suppression, will African Americans be discouraged from voting?

One day, a majority of the American electorate will be composed of minorities. But this preview misses the most obvious group, one that is not a minority – women. Their more active political involvement could have far greater impact than the growth in minority power.

More involvement by women is highly likely to benefit the Democrats. In 2022,   almost a third of state legislators are women and two-thirds of them are Democrats.

Maine may be a prime example of women in politics. It ranks seventh in percentage of women legislators. It has a history of women participating and three of its U.S. senators have been women – all Republicans. As urbanization grows in southern Maine, the state seems to lean more to the Democrats.

Some pundits seem blind to the change that is happening. They criticize the Democrats for abandoning unionized, industrial workers in favor of better educated suburban women. They suggest that the GOP is gaining ground when it picks up blue collar Democrats.

That’s a theory and it is somewhat supported by traditionally Democratic states like Pennsylvania and Michigan having become   battlegrounds. And then, along comes Kansas.

It would be easy to write off the vote there as being all about abortion. In fact, the Kansas reaction to the Roe reversal may have revealed what the Democrats knew.  The country is changing and they are going where the votes are.

The number of college-educated people has been rising sharply and now represents  41 percent of the population. Women   outnumber men among college graduates and their share of the total keeps increasing.

Among people 25 and older, there are more women who have   finished college than men who have finished high school. And there are fewer union members than college educated women.

In short, the conventional wisdom about Democratic prospects may be unwise and too conventional. It explains why the GOP clings to power in the U.S. Senate, the last place where rural states can block  federal legislation. But the Republicans need to watch out for Kansas.

The vote there suggests that something more than the abortion issue was at play. A combination of more, better educated women and urban growth are the biggest engines of political change.