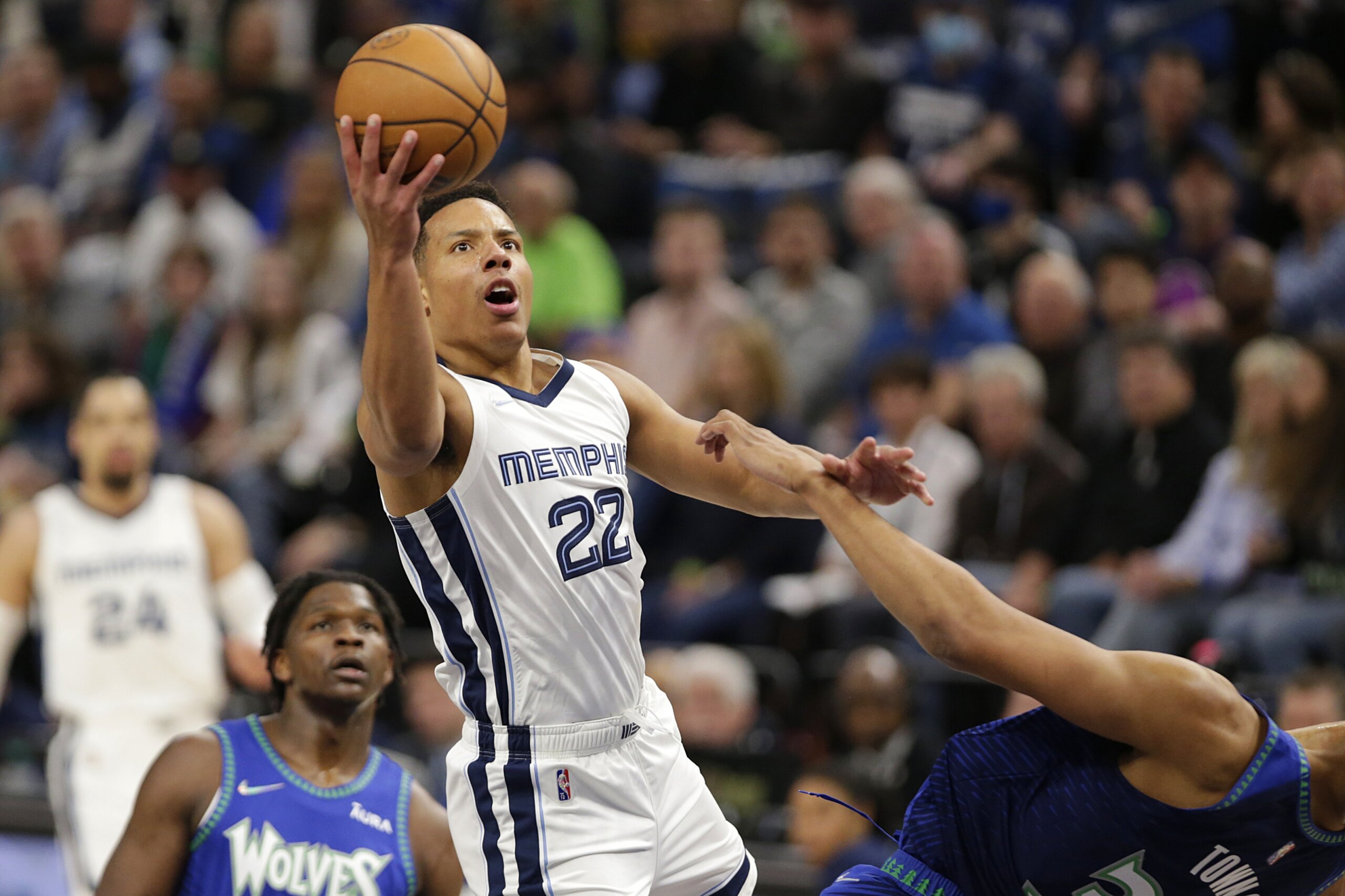 MINNEAPOLIS (AP) — Desmond Bane made seven 3-pointers and had 26 points and the Memphis Grizzlies overcame a 26-point deficit to beat the Minnesota Timberwolves 104-95 on Thursday night for a 2-1 lead in the first-round playoff series.

Brandon Clarke scored 16 of his 20 points in the second half for Memphis, and Ja Morant had a quiet triple-double with 16 points, 10 rebounds and 10 assists.

Tyus Jones hit two dagger 3-pointers against his former team down the stretch, and the Grizzlies seized back home-court advantage. They stunned a Wolves team that won Game 1 on the road 130-117, but took an ugly 124-96 loss in Game 2.

Game 4 is on Saturday night in Minneapolis.

D’Angelo Russell had 22 points and eight assists as the key driver of a third-quarter surge for the Wolves that pushed the lead back to 23 points, but he went 0 for 3 and was scoreless in the fourth. Karl-Anthony Towns, Minnesota’s other max-contract player, had another clunker with eight points.

In this compelling matchup of Western Conference rivals with similar temperaments, fast-paced offenses and young star guards in Morant and Anthony Edwards, yet another game swung wildly back and forth between the two sides before the Grizzlies flashed their moxie for the largest comeback playoff victory in franchise history.

After taking a 47-21 lead early in the second quarter with a deafening roar in the 32-year-old downtown arena as the soundtrack, the Wolves were outscored 15-0 over the final 5:45 of the second quarter by a Grizzlies team that’s been grappling with the same postseason inexperience and emotional immaturity resulting in bad shot selection and foolish, avoidable fouls.

After the NBA’s highest-scoring team made only 30 field goals in Game 2 to match a season low, the Wolves hit only 33 in Game 3. They went 8:34 of game time between the second and third quarters without a basket until Russell swished a 3.

Jones, who grew up in the Twin Cities and was drafted by the Timberwolves the same year as Towns, hit a 3-pointer to give the Grizzlies their first lead at 86-85. Memphis never trailed again.

Towns only made one trip to the foul line with just six points over the final three quarters of Game 2, and after coach Chris Finch implored him to play a “cleaner game” the two-time All-Star center struggled again. Towns picked up his fifth foul with 9:24 left and spent much of the fourth quarter on the bench.

The Target Center crowds came to life around midseason when Russell called the fans out for being too quiet, and these long-exasperated backers of one of the NBA’s worst-performing franchises were up to the task for just the third playoff game here in the last 18 years.

The Wolves took a 12-0 lead, before Bane finally put the Grizzlies on the board with a 3, as the “Defense!” chants ramped up a few decibel levels and took on a deeper meaning. They could hardly do any wrong for the first 15 minutes of game time, as evidenced by Beverley’s tip-in of his own miss for a 49-28 lead midway through the second quarter.

He slipped as he drove toward the lane, kept his dribble alive from a near-seated position and flung a desperate floater at the basket.

The Grizzlies used a 23-4 run over the final 10:28 of the second quarter to make a game of this. Russell was called for a charge with 3:21 to go on his drive and banked-in layup that would’ve given the Wolves a 17-point lead. The challenge by Finch was for naught, and the Wolves missed three 3-pointers and a layup over the rest of the half.

Grizzlies: Kyle Anderson started for the Grizzlies in place of Steven Adams, who was dominated by Towns in Game 1 and played only 3 minutes in Game 2. Adams didn’t leave the bench. Anderson had four points in 26 minutes. … Jaren Jackson Jr. scored just six points and had five fouls.

Towns and Morant each had their fathers cheering them on from courtside seats again — and this time the two friends were right next to each other. Tee Morant watched through designer sunglasses beneath a black bucket hat. Karl Towns, who wore a dark blue Timberwolves hat and a black KN95 mask, at one point helped the arena hype men by tossing a couple of T-shirts into the crowd during a timeout.