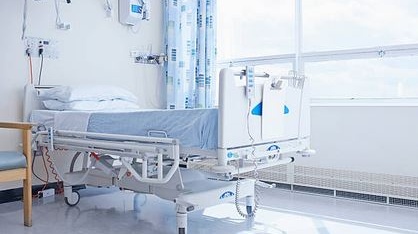 Green Party deputy leader Catherine Martin has said the clinical independence of the new National Maternity Hospital (NMH) must be made “crystal clear”, and that she will await a second Government memo before deciding if concerns have been addressed.

Ms Martin was one of several Ministers who last week expressed concerns about the project during a Cabinet meeting where a memo on the relocation was discussed but not agreed upon.

Over the weekend two Cabinet members who raised concerns about the plans to move the NMH to the St Vincent’s Hospital campus defended the project.

Minister for Social Protection Heather Humphreys and Minister of State Hildegarde Naughton were among Ministers who last week sought assurances from Minister for Health Stephen Donnelly that all legal healthcare services would be available at the hospital.

Their backing of the project this weekend was a boost for the Government but Ms Martin has held off on expressing support for the relocation ahead of a key week of debate on the topic.

A spokesman for Ms Martin told The Irish Times that she “welcomed the fact this process is receiving parliamentary scrutiny”.

“It is of chief importance that the clinical independence of the NMH is crystal clear. Minister Martin awaits the observations that will be brought back to Government.”

The Oireachtas Committee on Health will hold two public meetings on the relocation on Wednesday and Thursday. It is understood that Wednesday’s meeting, which will hear from Mr Donnelly, will be extended to four hours.

On Thursday the committee will hear from former NMH master Peter Boylan, who has been a critic of the governance structures and has also raised concerns about religious ethos. Committee members are also keen to hear from a legal expert in relation to the recently published documents governing the move.

Sources also said the deputy chair of the HSE board, Deirdre Madden, had been invited to appear, but that rules around board confidentiality may have to be lifted for such an appearance to be possible.

Ms Madden was one of two members of the board who dissented from a decision to approve the legal documents and send them to Cabinet, and politicians are keen to explore the reasons for this with her.

Separately, minutes of a meeting of the HSE board show that members raised questions around State ownership of the land on which the new hospital will be built, which has been an area of controversy in recent days.

Last November some HSE board members requested clarification “on the position adopted by SVHG (St Vincent’s Healthcare Group) that it needed to retain ownership of the land for the operation of a safe, integrated system of governance and medical protocols”.

The board was “informed that the reasons for the SVHG statement were not known and that the option for the State to purchase the site was not provided”.

A spokeswoman for SVHG said that “two landowners would make it very difficult, if not impossible, to manage the site, and would also present significant risks to patient care”.

“Floors in the new building, apart from being physically integrated with SVHG will have both NMH and SVHG clinical and non-clinical facilities. Thus, integrated patient care can only be provided safely under the proposed integrated ownership and bespoke governance structure.”

She added that services like heat, power, light and piped gases would be impacted.

“The service corridors for the whole SVHG campus run through the NMH building. If this land was owned by a non-SVHG entity it would be very difficult to ensure the availability of these services, which are critical to the effective and efficient delivery of maternity and non-maternity clinical patient care on the campus.”