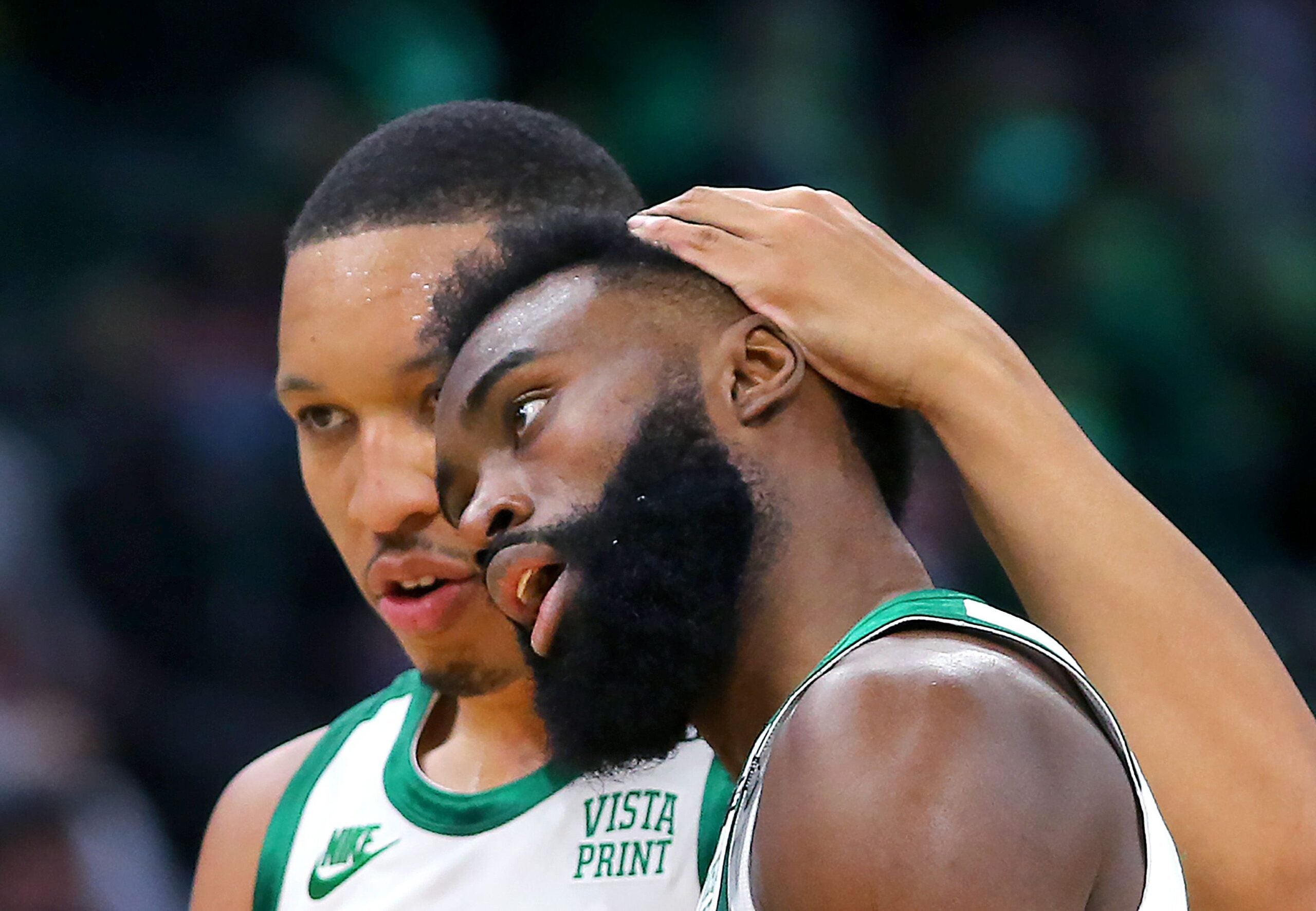 In the doldrums of the NBA offseason, the Kevin Durant-to-Boston rumors only get louder with each day.

Celtics star wing Jaylen Brown’s been the other player in the center of those rumors, with Boston reportedly offering him as the centerpiece in a deal for Durant. When the report of Brown possibly being on the table for Durant first came out, Brown tweeted “SMH,” leaving to question how he felt about appearing in the rumors.

Celtics forward Grant Williams addressed the elephant in the room, sharing with reporters that he’s spoken with Brown since the reports first emerged.

“It’s a significant rumor,” Williams said Friday. “You want to do your best to take it with a grain of salt. I feel like JB is mature in his mindset, and he knows that. I talk to him, texted him, reach out as much as I can.

While seeing your name in trade rumors can be discouraging, Williams argued there’s a positive sign to it if you’re Brown, comparing the situation to a trade in Celtics’ past.

“It also shows how valuable he is,” Williams said of Brown. “Top 10 player in the world, and you’re the focal point? I remember back in the day with Al Jefferson and KG (Kevin Garnett), it’s one of things where you’re just like ‘Oh dang.’ It’s not even like it’s much of a difference. I think JB’s amazing.”

If the trade doesn’t happen, Williams said he’s looking forward to how Brown will respond to the situation in the upcoming season.

Not many people from the Celtics’ organization have spoken on the Durant-Brown rumors since they were first reported in late July. Celtics star Jayson Tatum was a bit deferential when he was first asked about the rumor in July.

“I played with [Durant] during the Olympics,” Tatum said in July. “Obviously, he’s a great player, but that’s not my decision. I love our team. I love the guys that we got.”

Earlier in August though, Tatum said he and Brown have more to do together.

“We just try to stay in the moment,” Tatum told NBC Sports Boston’s Tom Giles. “It’s not necessarily about what our legacy would look like if we did this, that, and the third.

“Just trying to be the best versions of ourselves, the best players we can be, and compete at the highest level. I think we really took those next steps last season. We’d be the first to tell you that we’ve got more to do, more to accomplish. And we’re eager to do so.”

Williams is actually dealing with the business of the NBA this season, too. Entering the fourth year of his career, Williams is eligible to sign an extension this summer. If he and the Celtics don’t agree to an extension by the start of the regular season, Williams will become either a restricted or unrestricted free agent (depending on if the Celtics give him the qualifying offer or not) next offseason.

Williams doesn’t seem too concerned with the situation.

“It’s not really something you’re worried or pressed about,” Williams on his contract outlook. “I feel like both sides are working toward the better side of an agreement. For me, it’s just focusing on the basketball. All the extra-curricular will take care of itself. It’s never really concerned me in the past. It won’t really concern me in the future. I’m more concerned about getting [banner] No. 18.”