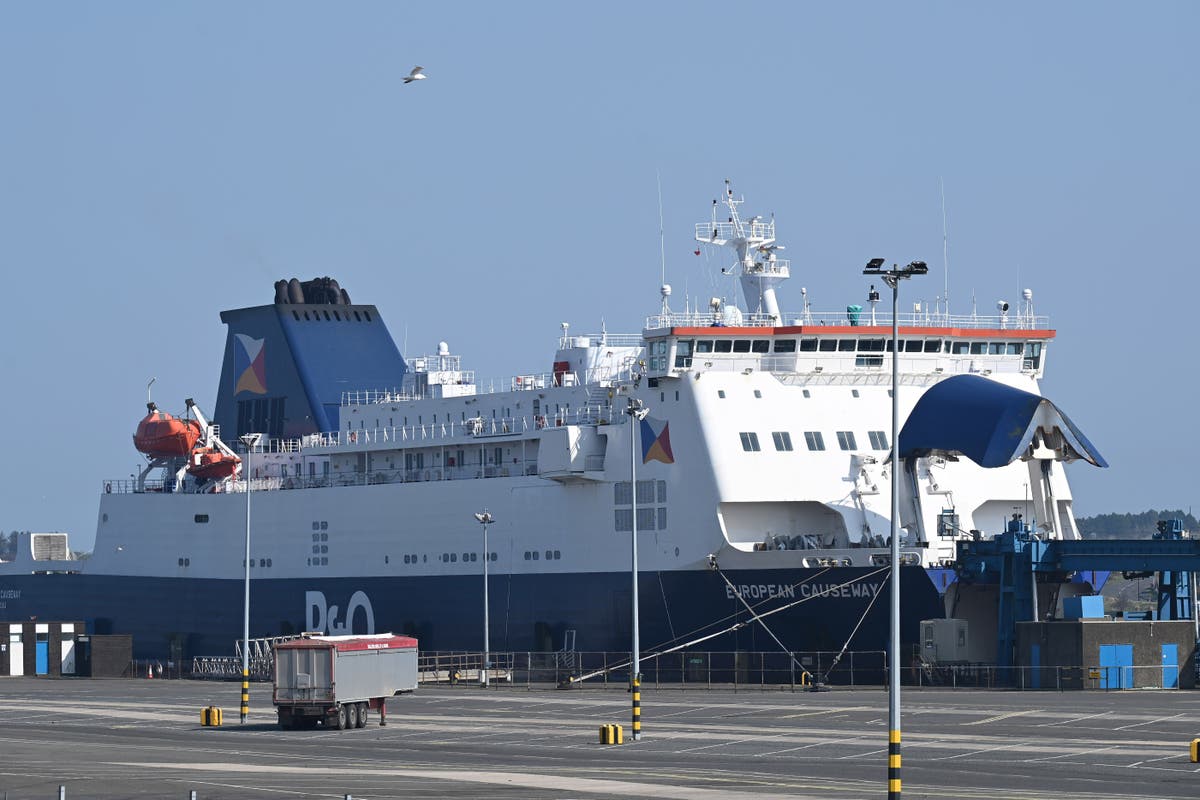 The Cabinet minister made the claim as he set out a series of measures in response to the redundancies.

These include plans to create “minimum wage corridors” on ferry routes between the UK and other countries.

He will also urge ports to refuse access to boats carrying seafarers paid below the minimum wage, and ask the Insolvency Service to consider disqualifying P&O Ferries chief executive Peter Hebblethwaite from acting as a company director.

We will not allow this to happen again

Speaking in the House of Commons, Mr Shapps said: “P&O Ferries’ failure to see reason, to recognise the public anger, and to do the right thing by their staff has left the Government with no choice.

“I am today announcing a package of nine measures that will force them to fundamentally rethink their decision.

“This will send a clear message to the maritime industry: we will not allow this to happen again.

“Where new laws are needed, we will create them. Where legal loopholes are cynically exploited, we will close them. And where employment rights are too weak, we will strengthen them.”

DP World-owned P&O Ferries sacked its crews and replaced them with agency workers on March 17.

Mr Hebblethwaite, whose basic annual salary is £325,000, told MPs on March 24 that the average pay of the agency crew is £5.50 per hour, but insisted this was permitted under international maritime laws.

He also admitted that his company broke the law by not consulting with trade unions before sacking workers.

Mr Shapps told the Commons: “The Insolvency Service has the legal powers to pursue complaints where a company has engaged in, and I quote, so-called sharp practice.

“Surely the whole House agrees that nothing could be sharper than dismissing 800 staff and deliberately breaking the law whilst doing so?”

Employers will be prevented from using “fire and rehire tactics” if they fail to make “reasonable efforts to reach agreement through consultation”, the Transport Secretary said.

Mr Shapps added of the proposals: “It’ll send a clear message that if you are using British waters and British ports to ply your trade then you must accept British laws.”

Shadow transport secretary Louise Haigh told the Commons that the steps announced by the Government to “insist on the bare minimum cannot come a moment too soon”.

Mick Lynch, general secretary of the Rail, Maritime and Transport union, said: “Despite all the bluster, Grant Shapps has failed to grasp the opportunity to adequately stand up to the banditry behaviour of P&O.

“The Prime Minister repeatedly said to Parliament that the Government would be taking legal action to save British seafarers’ jobs, but he has failed to keep his word.

“This continued lack of action and courage has meant a ferry company owned by the Dubai royal family has been able to break our laws and disrupt our ports and ruin people’s lives with impunity, and we will keep pressing the Government to ensure justice for our members.

“What has been announced today is far too little, too late, and we are calling for urgent action for speedier, more radical reforms to save the UK seafarer from oblivion.”

Without stronger employment legislation, bad bosses will continue to trample over workers’ rights

TUC general secretary Frances O’Grady said: “This plan has gaping holes. It won’t deliver a fair outcome for the 800 sacked workers, and it won’t stop another P&O-style scandal.

“Closing the legal loophole which lets companies pay less than the minimum wage is a start, but we need much more from the Government.

“Ministers must do everything they can to ensure P&O reinstate staff on their previous pay – a union-negotiated rate that is significantly higher than the national minimum wage.

“That means severing all ties with DP World, including lucrative freeport contracts.

“And if ministers really want to stop companies firing at will, they must go further than a feeble statutory code and finally deliver the long-promised Employment Bill to boost worker protections.

“Without stronger employment legislation, bad bosses will continue to trample over workers’ rights.”

Nautilus union general secretary Mark Dickinson said: “On any other day this would feel like a victory for our long-running campaign for pay fairness in the UK ferry sector, both domestically and internationally. But today, when we had high hopes for measures to tackle P&O Ferries’ illegal actions, it falls some way short.

“P&O Ferries are already extolling that extending the UK national minimum wage (NMW) to international ferry routes will not cause them to change direction and that their cheap labour, agency-based crewing strategy will remain intact. The company has achieved its objective and our members, and the safety of passengers and freight, will be the casualty.

“We welcome the jobs platform and the proposal for NMW corridors with neighbouring countries. We are concerned, however, that this proposal could take many months if not years to deliver.

“However, we urge the Secretary of State to prioritise the achievement of this proposal and to ensure the NMW is enforced in the ferry sector.

“We also welcome action against the company’s chief executive, Peter Hebblethwaite. It is clear he is not a fit and proper person, but we had also hoped for action against other members of the P&O Ferries board of directors and for details of how the Government plans to ensure that fire and rehire is outlawed, how the Government can injunct a company, and levy unlimited fines, when they transgress UK employment law.”

Richard Ballantyne, chief executive of the British Ports Association, which represents all of the UK’s main ferry ports, said: “While it’s right the Government and the ferry industry look to improve employment rules and standards, the expectation that port authorities will need to enforce minimum wage rules in the shipping sector could be unworkable. This will place ports in a difficult legal predicament, especially before any legislation is in place.

“The ports industry is genuinely sympathetic towards the situation of the impacted seafarers; however, we would suggest that ports are not the competent authorities to enforce rules on employee salaries or working conditions in the shipping industry.

“We are concerned that the Government is rushing to find a solution without considering the wider implications in the maritime sector.”

P&O Ferries has accused the Maritime and Coastguard Agency (MCA) of operating with “an unprecedented level of rigour” after it detained two of its ships.

European Causeway was held in Larne, Northern Ireland, on Friday, while Pride Of Kent was detained in Dover, Kent, on Monday.

Trade unions and MPs have expressed fears that the controversial decision threatens safety.

The MCA has insisted it inspects “every foreign-flagged ship in exactly the same robust way”.

A Department for Transport spokesman said: “We are engaging closely with industry to ensure that the new measures work effectively for all parties, and the Transport Secretary has written to all ports requesting their full support to implement our planned legislative changes before they take effect.

“The new statutory powers for UK port authorities will ensure all regular ferry services comply with national minimum wage law, and that ferry companies not paying minimum wage from British ports will be legally penalised.”