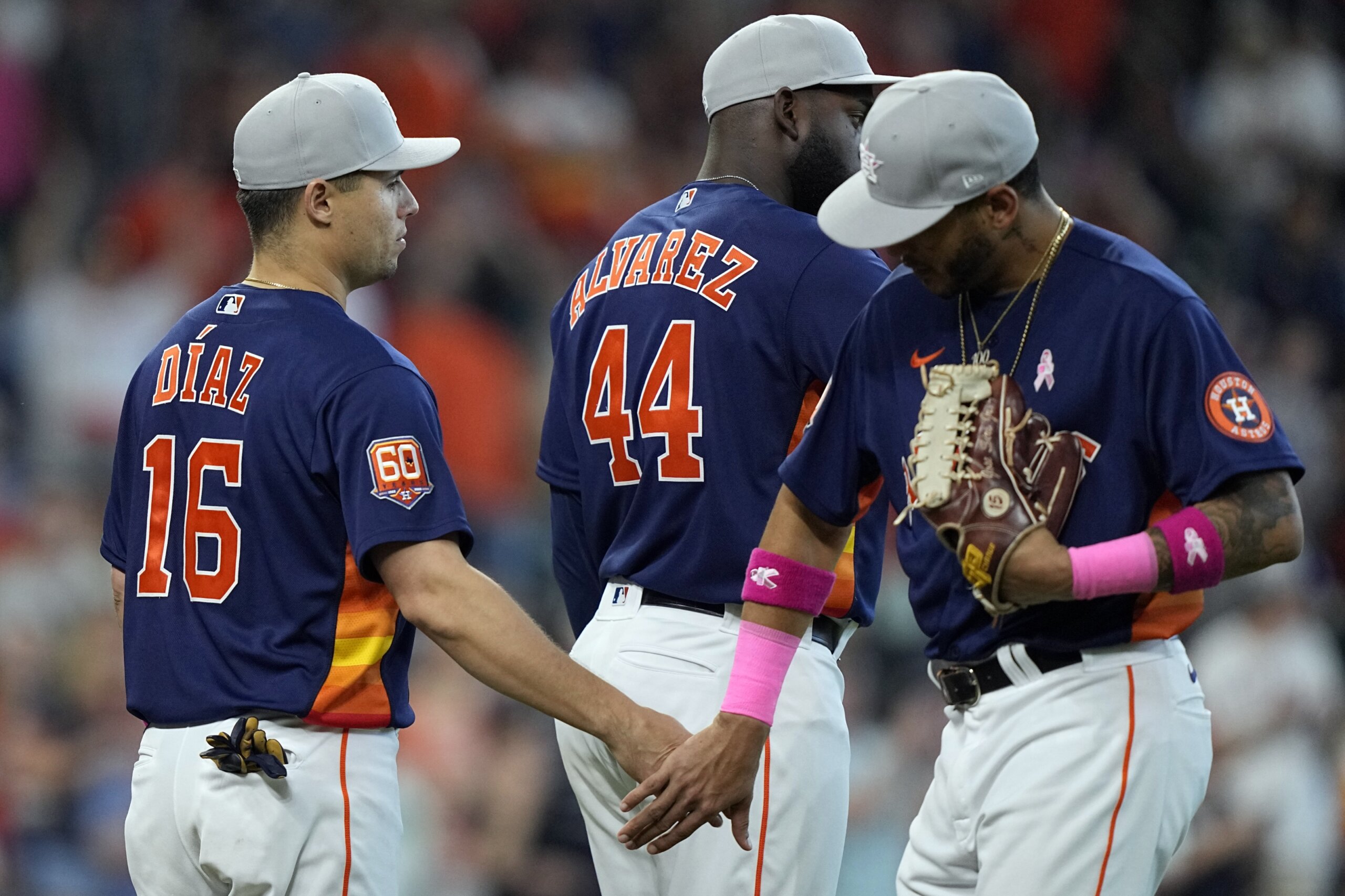 Díaz’s second home run of the season came in the third inning on a 92 mph fastball from Tigers reliever Drew Hutchison (0-3). It went 347 feet to left-center field, scoring José Altuve, Alex Bregman and Yordan Alvarez for a 4-0 lead.

Bregman later padded the lead with a solo homer off Joe Jimenez for his fifth home run of the season.

Houston finished a red-hot homestand against Seattle and Detroit 7-0. When the homestand began, they were 11-11.

Odorizzi (3-2) allowed one hit in five innings, while striking out five. The veteran right-hander has allowed just one run across his last three starts after allowing 12 runs in his first three starts of the season.

Cristian Javier pitched three scoreless innings in relief of Odorizzi. He struck out five and gave up a hit. Javier was scheduled to make his third start of the season Tuesday, but his return to the bullpen signals that the Astros are likely moving away from their recent six-game rotation.

The loss dropped the struggling Tigers to 8-19, the worst record in the American League.

Tigers: OF Austin Meadows (non-COVID-19 illness) was available to be used as a pinch-hitter, but manager A.J. Hinch said before the game that he didn’t feel comfortable starting him after he had been mostly confined to bed for the past two days. … OF Victor Reyes (left quad strain) will begin a rehab assignment with Triple-A Toledo on Tuesday.

Astros: RHP Lance McCullers Jr. continues to make progress in his rehab from a flexor strain in the offseason. On Sunday, he threw from 90 feet for the first time in the process.

Tigers: Michael Pineda (1-1, 3.77 ERA) starts for Detroit on Monday when the Tigers host the Athletics for the first in a five-game series. He has allowed two runs or less in two of three starts this season.

Astros: Justin Verlander (3-1, 1.93) will likely start Tuesday when the Astros open up a nine-game road trip that starts in Minnesota. Verlander has allowed two runs or less in four of five starts this season.