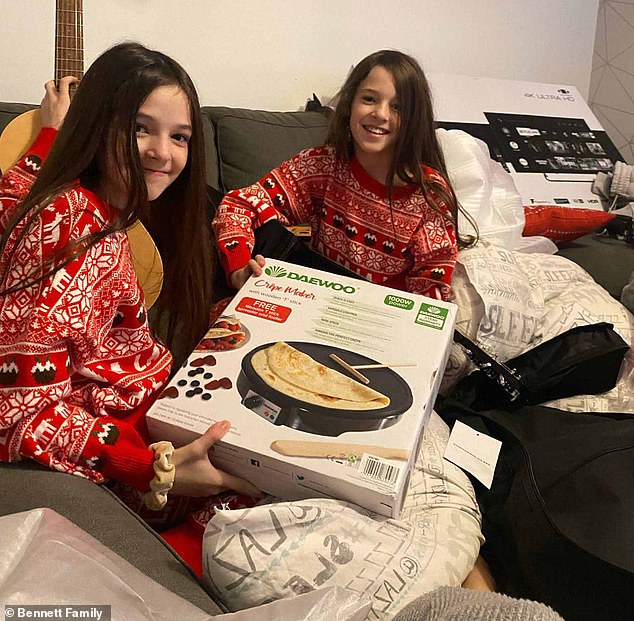 Missing Gracie and Millie’s worried family release now photos as locals join search for twins, 11, who vanished from home in Leicestershire village more than 12 hours ago

By James Robinson and Jessica Warren For Mailonline

The family of missing twin 11-year-olds who are missing from their Leicestershire home have today released new images of the girls.

Gracie and Millie Bennett were reported missing shortly after 8.30pm on Tuesday, with both their family and police concerned for their welfare.

The pair went missing from their home in Mountsorrel, a village seven miles to the north of Leicester and five miles to the south east of Loughborough.

Last night locals joined the police search for the twins, with residents meeting at the Mountsorrel memorial centre.

Today a family member of the two girls urged others to join the search.

Writing on Facebook this morning, he said: ‘Anyone wanting to help search for the girls there is a search and rescue team set up outside the Mountsorrel memorial centre, I would head there and ask how you can assist.

Gracie and Millie Bennett (pictured) were reported missing shortly after 8.30pm on Tuesday, with both their family and police concerned for their welfare

The pair (pictured) went missing from their home in Mountsorrel, a village seven miles to the north of Leicester and to the south east of Loughborough

The twins are described as white, 4ft 8ins tall and of a slim build, with straight, dark brown hair below their shoulders.

And her sister Gracie is wearing a navy blue hoody with the initials ‘MB’ on the chest, blue jeans and white Puma trainers.

One of the girls is also carrying a cream-coloured backpack, while the other may have a navy backpack with white spots.

Meanwhile, members of the community have responded in shock to the announcement that the two girls are missing.

Commenting on the police’s appeal, one Facebook user, Nadine Tidmarsh, wrote: ‘What a nightmare for their parents! Hope they are found safe and well, soon.’

Another, Izzie Baillis, wrote: ‘I hope they are found, quickly, safe and well… The parents must be going out of their minds. Truly any parent’s worst nightmare.’

Hayley Barber added: ‘I cannot begin to imagine how their poor parents must feel, please please let them be found safe and well.’

A number of locals are believed to have joined the search and rescue operation last night.

It is understood the search is concentrated around the girl’s home town of Mountsorrel.

One of those who joined the search, Steve Eljay, wrote on Facebook: ‘It’s daylight and unfortunately no joy.

‘After 6 hours i need to call it a day for a few hours. Hopefully some good news will happen.’

He later added: ‘Still no update. We are out searching. If people can keep sharing of if you want to help search are rescue we are at the memorial centre in Mountsorrel.

‘The more eyes the better.’

Leicestershire Police urged anyone who has seen the sisters, or knows of their whereabouts, to call 101, quoting incident 619 of 10 May.