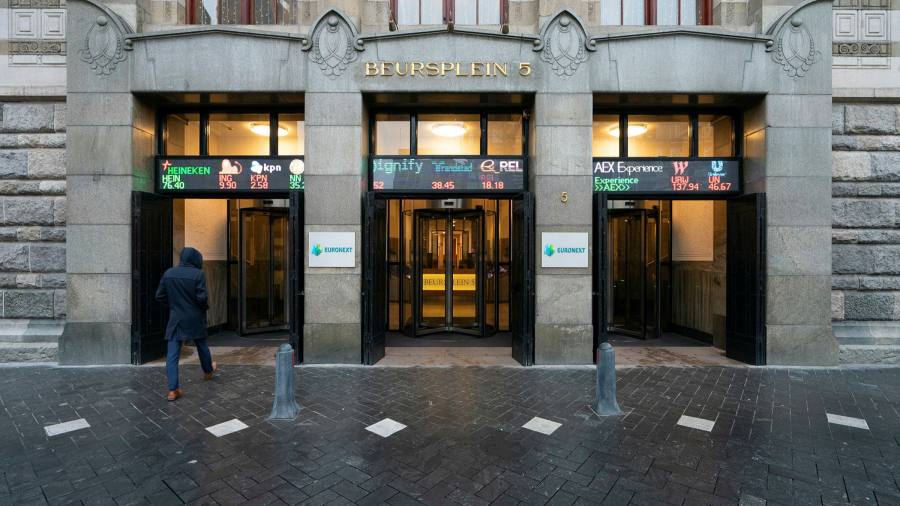 Global equities came under renewed pressure and government bonds rallied on Thursday, after poorer than expected US inflation data and signs of a Chinese slowdown stoked fears for the world economy.

The falls come after data published in the US on Wednesday indicated that inflation continues to run hot in the US, raising expectations of another interest rate rise by the Federal Reserve.

The consumer price index published on Wednesday showed an 8.3 per cent rise on an annual basis in April. That was down from 8.5 per cent in March but above the 8.1 per cent figure anticipated by economists.

Core inflation, a measure that excludes food and energy prices and is closely watched, also exceeded forecasts at 0.6 per cent growth month on month.

“The Fed is under pressure to raise rates again and the move has to be quick into the summer. Then we will see an impact on [economic] growth in the second part of the year,” said Juliette Cohen, a strategist at CPR Asset Management.

She added that global growth was also under pressure from declining pandemic-era fiscal support, supply chain bottlenecks and a slowdown in China driven by stringent coronavirus lockdowns. “That’s a gloomy environment for markets,” she said.

The dollar index, which measures the currency against six others, added 0.6 per cent to 104.5 points, the highest level in more than 10 years.

Sterling fell 0.6 per cent against the dollar, touching a two-year low as data showing that the UK economy unexpectedly shrank for the first time this year added further pressure on the nation’s currency.

The euro fell 0.8 per cent to $1.04, its weakest level since January 2017. China’s renminbi lost 1 per cent to 6.78 per dollar, in the latest sign that Beijing authorities are permitting the tightly controlled currency to weaken to stimulate flagging demand for the nation’s exports.

The price of copper, an indicator of economic sentiment due to the metal’s widespread use, dropped below $9,000 per ton for the first time in more than six months.

“Chinese demand is extremely weak,” said Colin Hamilton, analyst at BMO Capital Markets, even though smelter constraints that had held up prices in China had now eased.

Robert Buckland, an analyst at Citi, wrote in a note on Thursday: “Global equities are moving to price in the three key stagflation themes: higher inflation, slowing growth, and rising rates.”

Thursday’s fall in global stock markets marks the latest in a string of difficult days for equities. The tech-heavy Nasdaq Composite has fallen 27 per cent this year and has lost more than a fifth of its value in the past 30 trading days, analysts at Bespoke Investment wrote.

“An over-20 per cent six-week decline in the Nasdaq isn’t always followed by a recession, but more often than not, when lightning fills up the sky, thunder typically follows”, they said.