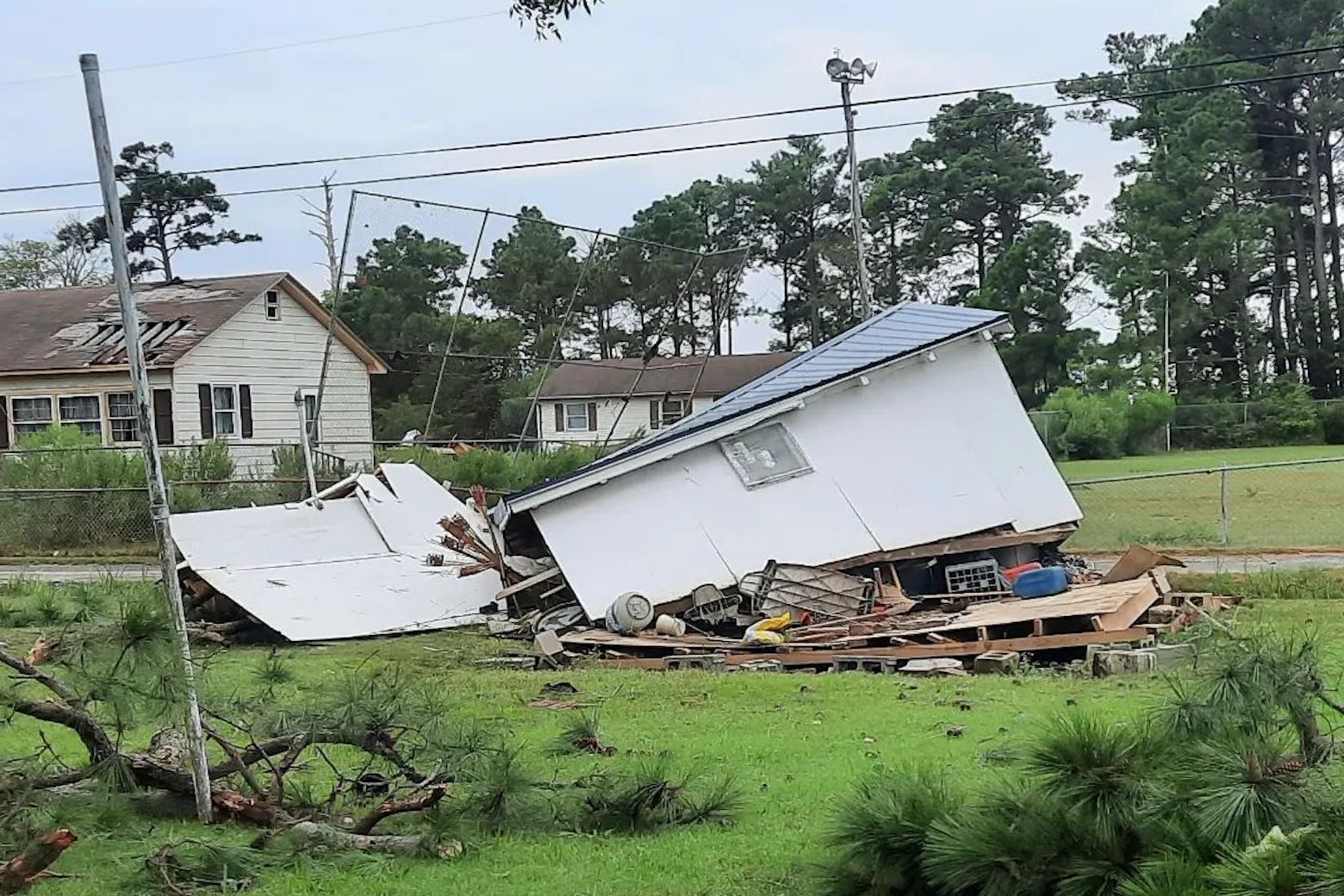 During the storms that hit the D.C. region on Thursday, a tornadic waterspout left a path of destruction on Smith Island, Maryland.

During the storms that hit the D.C. region on Thursday, a tornadic waterspout left a path of destruction on Smith Island, Maryland.

Mike Ricci, a spokesman for the governor, said in a Tweet Friday that 17 homes were damaged by the tornado — three or four had what was deemed “major damage.” He said the main focus on Friday was restoring power.

The National Weather Service said that the damage was preliminarily caused by a tornado, but the final determination will come after a full investigation in one to three days, the NWS told WTOP.

“Just spoke to Somerset County Sheriff Ron Howard regarding the situation on Smith Island following last night’s storm. Damage assessment teams are on the ground. We’ve offered him the full resources of the state to assist with the response,” Maryland Gov. Larry Hogan said in a statement. “This storm was another reminder of how smaller storms can turn into severe and damaging weather events.”

Jay Fleming, a photographer, boat captain, writer and a member of Smith Island United, started a fundraiser to help Smith Island recover from the storm.

He said when he saw pictures of the Island Time Bed and Breakfast, where he hosted photography workshops earlier this year, he was shocked.

Fleming said he and his girlfriend started a GoFundMe fundraiser right away. It raised more than $50,000 in less than 24 hours.

Jay Fleming has been traveling to Smith Island from his home in Annapolis for more than 13 years for photography, so when he heard about an intense storm hitting the islands, “I was in complete shock, to be honest with you, complete shock.”

He wants the fundraiser to help those who live on Smith Island.

“I just hope that it helps them recover and rebuild and, you know, get back to normal and just get back to working, which is what the islanders are best at. They’re an incredibly hardworking, hearty bunch of people.”

Fleming said all of the funds raised through the page will go to the individuals and businesses on Smith Island through Smith Island United, the island’s advocacy organization comprising community members.

Smith Island is made up of three islands on a 3-by-5-mile island chain, according to the Smith Island Center. It has a total population of about 200 year-round residents.

“Most everything and everyone that comes to Smith Island arrives by boat,” according to the Smith Island Center.

Heather Mizeur, former state delegate and Democratic gubernatorial candidate who is currently running for the U.S. House of Representatives 1st congressional district, offered her thoughts on the destruction on Twitter.

“We are holding our neighbors from Smith Island close to our hearts tonight after extensive storm damage to homes and buildings from a waterspout that became a tornado. We pray for everyone’s safety and resilience. We will come together #EasternShoreStrong to help rebuild,” Mizeur said.