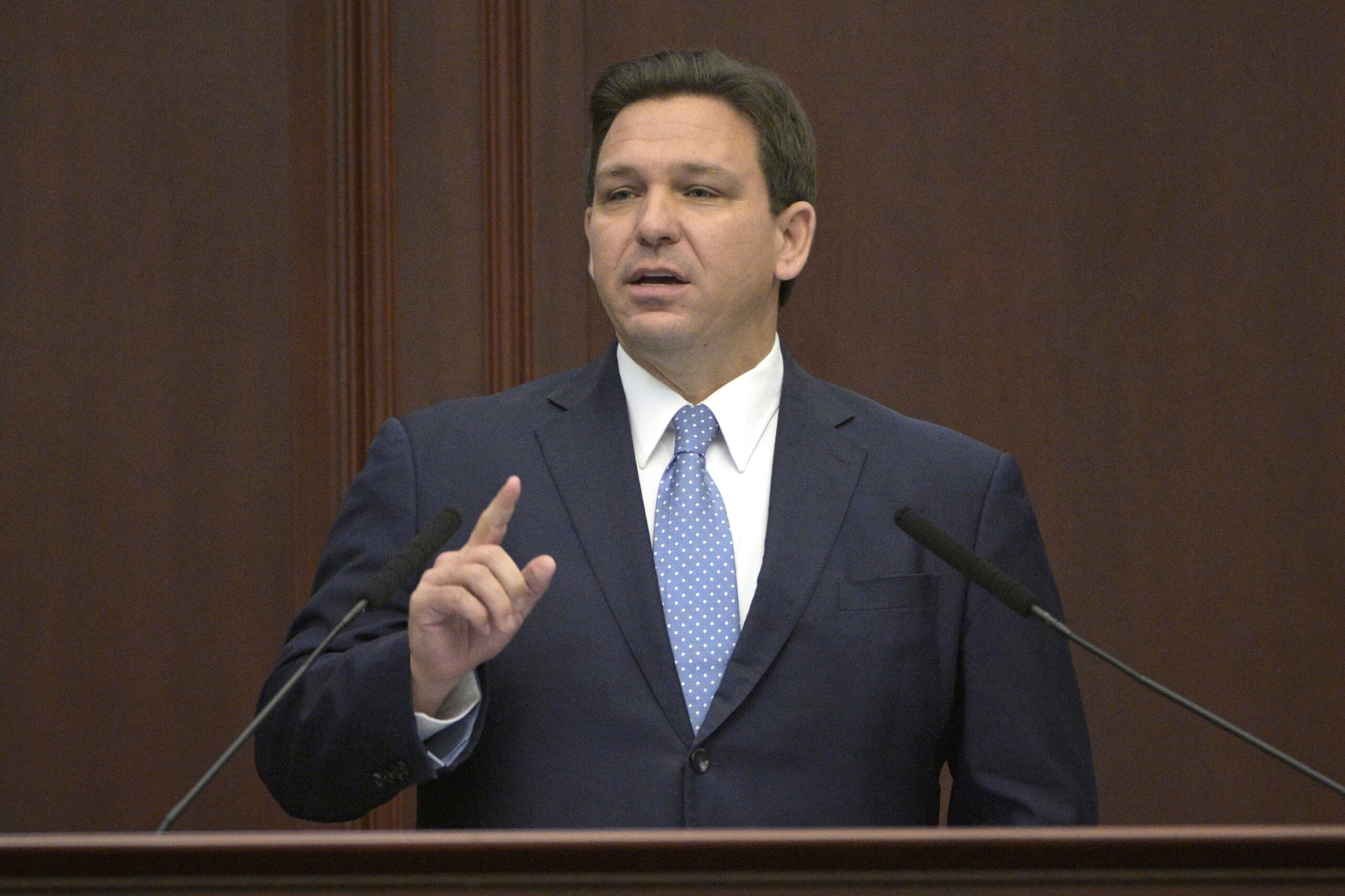 TALLAHASSEE, Fla. (AP) — Florida Gov. Ron DeSantis on Tuesday asked the Legislature to repeal a law allowing Walt Disney World to operate a private government over its properties in the state, the latest salvo in a feud between the Republican and the media giant.

DeSantis, an ascendant GOP governor and potential 2024 presidential candidate, has battled with Disney over the company’s opposition to a new law barring instruction on sexual orientation and gender identity in kindergarten through third grade.

On Tuesday, DeSantis raised the stakes.

As lawmakers returned to the Capitol for a special legislative session on congressional redistricting, the governor announced he issued a proclamation that allows the Republican-controlled statehouse to take up bills eliminating Disney’s self-governing district.

“I am announcing today that we are expanding the call of what they are going to be considering this week. And so, yes they will be considering the congressional map, but they also will be considering termination of all special districts that were enacted in Florida prior to 1968, and that includes the Reedy Creek Improvement District,” DeSantis said at a news conference, referencing the company’s governing district without mentioning Disney by name.

The Reedy Creek Improvement District is a private government controlled by Disney World and set up by the state Legislature in 1967 that allows it to provide government services such as zoning, fire protection, utilities and infrastructure.

The move comes after Disney announced it would suspend political donations in the state over the new Parental Rights in Education law, which opponents dubbed “Don’t Say Gay,” over criticism that barring lessons on sexual orientation and gender identity in early grades would marginalize LGTBQ people. Disney is one of Florida’s biggest private employers.

Disney representatives did not immediately return an emailed request for comment.