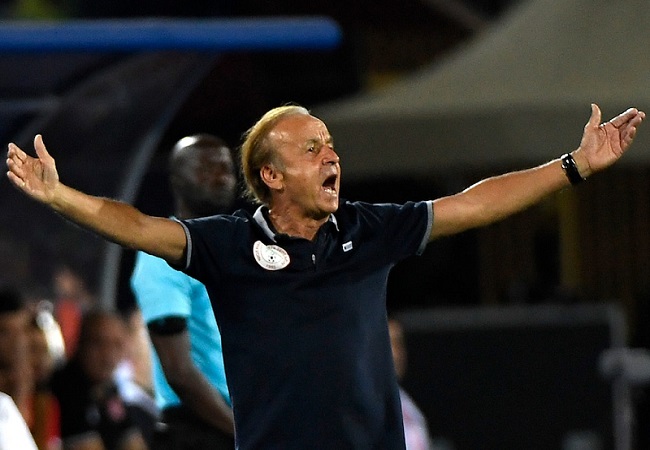 Also Read :  FIFA TO PROVIDE DECISION ON DISMISSAL OF ROHR BY NFF THIS WEEK

The NFF dismissed Rohr at the head of senior Nigeria national teal as the Nigerian FA blamed the German tactician for poor performances ahead of the 2021 African Cup of Nations in Cameroon.

But Rohr who took charge of the team in August 2016 and was kicked out in December last year, was not satisfied with NFF’s action and the promise of paying his salaries till the expiration of his contract in 2022.

The Franco-German gaffer therefore approached FIFA to demand an additional sum for breach of contract without just cause.

Rohr, 68, had sought a total of £1million. But he has been granted $377,879.46 after a FIFA tribunal decided his claim was “partially accepted insofar as it is admissible“.

According to BBC Sports Africa, the ruling by the FIFA players’ status chamber added that the NFF would be sanctioned if Rohr was not paid in full within 45 days.

“If full payment (including all applicable interest) is not made within 45 days of notification of this decision, the respondent (the NFF) shall be imposed a restriction on receiving a percentage of development funding, up until the due amounts are paid.” Said the FIFA decision.

The NFF, which is on the verge of announcing another foreign coach for the Super Eagles, will not be appealing the decision.

And a top official of the football body has hailed the FIFA ruling as a victory for the West African nation.

“This sum basically reflects whatever is left to pay him as previously agreed until the end of December 2022.” The source, who wished to remain anonymous, told BBC Sport Africa.

This FIFA’s directive is coming barely weeks after the world football body had fined Nigeria $154,000 for crowd trouble that followed Super Eagles draw against the Black Stars at the Moshood Abiola Stadium in Abuja. Ghana claimed the ticket to Qatar 2022 World Cup based on the away goal rule.