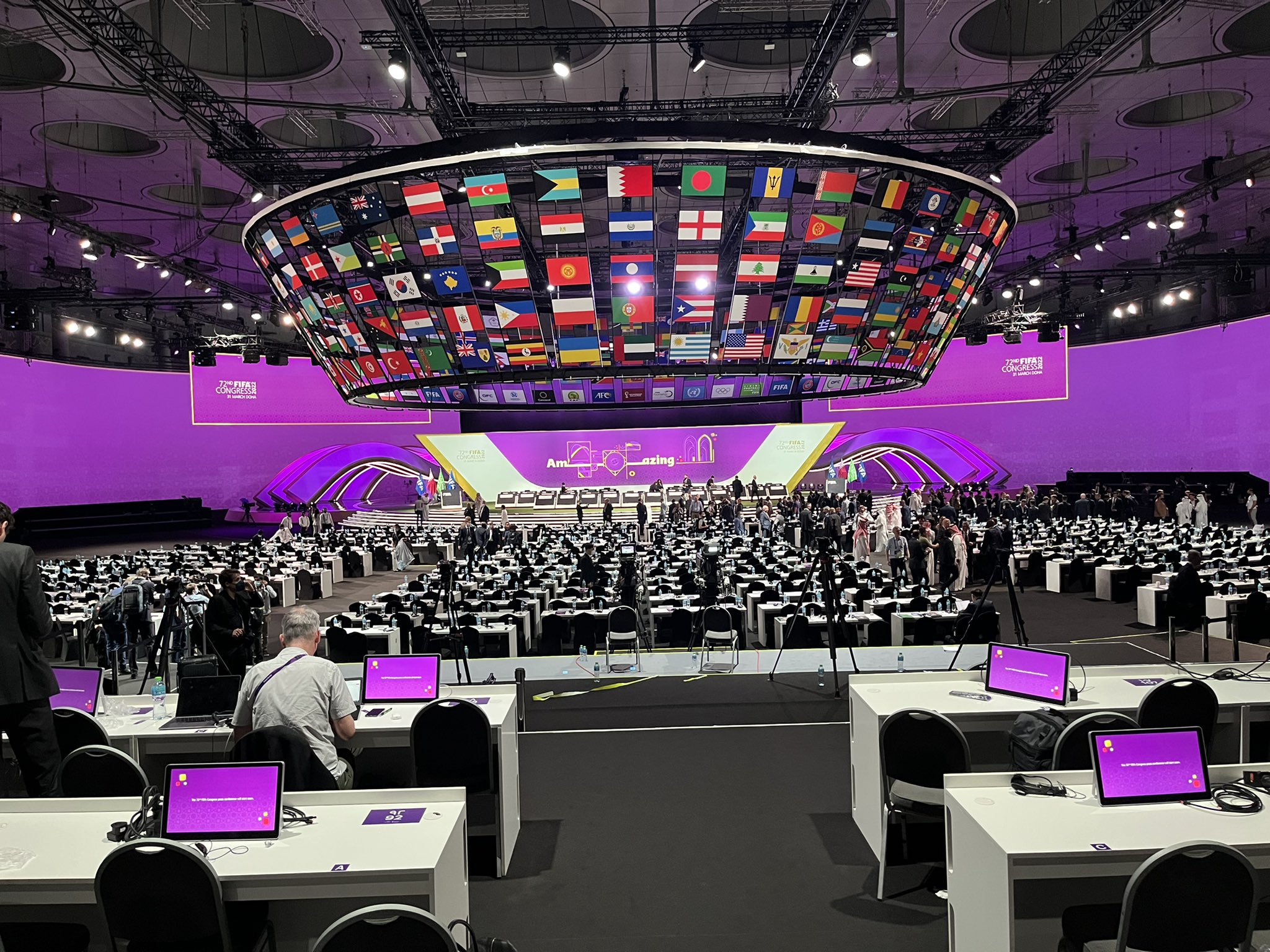 FIFA held its 72nd Ordinary Congress in Doha, Qatar on Thursday were lots of decision to promote the game were reached.

However, prior to the  72nd Ordinary FIFA Congress in Doha, Qatar, the body adopted new regulations concerning the loan of players in international football.

The meeting, which was in a hybrid format as some members were unable to attend due to ongoing COVID-19 pandemic restrictions, marked the first time that the FIFA Council met in person since 24 October 2019.

These regulations, which are based on the recommendations of the FIFA Football Stakeholders Committee to facilitate the development of young players, promote competitive balance and prevent the hoarding of players by clubs, were approved.

In addition, and in accordance with article 45 paragraph 1 of the FIFA Governance Regulations, the FIFA Council formally called for the FIFA presidential election, which is scheduled to take place during the 73rd FIFA Congress in 2023.

The electoral calendar, including the timeline, was approved subject to the formal date of the Congress being confirmed.

The calendar confirms that the deadline for the call for election has been set for today, with the start of the electoral period beginning on 31 March 2022.

The Council received a detailed progress report on the FIFA World Cup Qatar 2022™, and recent decisions taken by the Bureau of the Council were also ratified.