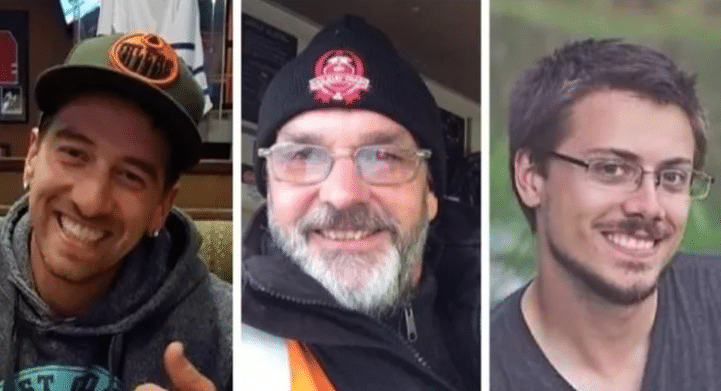 Air leaks on aging brake cylinders, exacerbated by cold temperatures, appear to be the main cause behind a fatal train derailment near Field, B.C. three years ago, a Transportation Safety Board report has found.

The TSB released its final findings on Thursday, saying more needs to be done to ensure utmost safety when it comes to cold-weather train operations in mountainous territory.

Three Canadian Pacific Railway employees were killed when 99 grain cars and two locomotives plummeted off a bridge near the southeastern B.C. community, along the Alberta boundary, in February 2019.

Previously, the TSB had said the westbound train was parked on a grade with its air brakes on when it started rolling on its own. The train gained speeds far above the limit for the mountain pass. The handbrakes were not applied and the train barrelled along for three kilometres before derailing at a curve in the tracks, the board added.

In its report unveiled Thursday, the TSB says its investigation has found the freight cars’ brake cylinders “were leaking compressed air, a situation made worse by their age and condition.”

It goes on to say that “exposure to extreme cold temperatures over time” also added to this situation, adding “it was determined that after being stationary on the hill for around 3 hours, air leakage reached a critical threshold and the brakes could no longer hold the train on the steep grade.”

Despite observing “indications of brake system anomalies,” the locomotive engineer and trainmaster did not recognize them as problematic, the TSB’s final report notes.

“Additionally, because the situation was the first emergency stop, critical factors were not considered, and only the pressure retaining valves were applied, rather than the retaining valves and hand brakes,” the report reads, in part. “In this instance, the trainmaster’s training and experience did not adequately prepare him to evaluate the circumstances or to make the decision he was tasked with.”

The TSB has outlined three recommendations for Transport Canada as a result of its probe.

They include establishing enhanced testing standards and requirements for brake cylinder maintenance on freight cars that operate on steep slopes in cold temperatures, similar to the conditions near Field. The recommendations also urge Transport Canada to require all railways to schedule installation of automatic parking brakes on freight cars, prioritizing those that are used to transport bulk commodity in mountain grade territory.

The derailment prompted a criminal investigation by the RCMP, which continues today.

-With files from Tom Ross and The Canadian Press