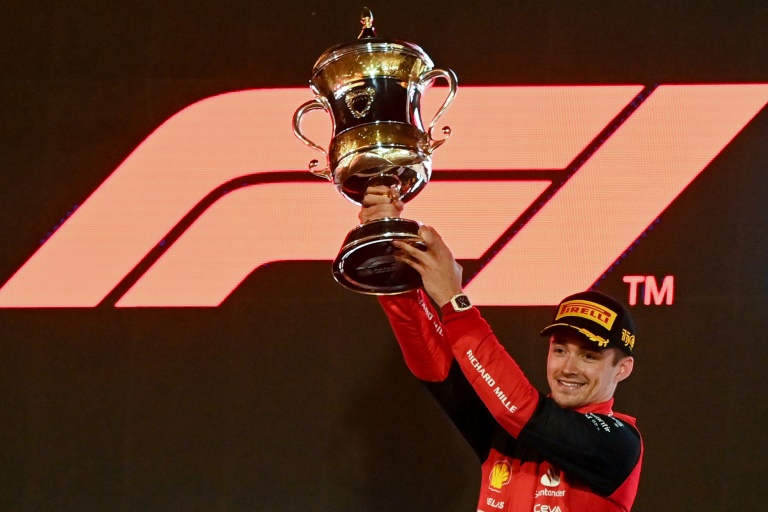 It’s pole position number 3 for Ferrari driver Charles Leclerc, who is proving to be the man to beat in the 2022 Formula 1 season. Teammate Carlos Sainz finally put a string of bad luck behind him to start in second place at the Miami Grand Prix alongside the championship leader.

The Scuderia Ferrari cars locked out the front-row after qualifying on Saturday, but the Red Bulls are breathing down their necks just as they had done since the start of the season. Reigning world champion Max Verstappen had the pace to take pole, but his final flying lap did not play out as expected after he made an error at turn five. He was forced to abandon the run with no more time left to challenge the current championship leader.

The second Red Bull of Sergio Perez slotted in just behind his teammate, making sure that the front two rows are locked out by the two dominant teams.

The inaugural Miami Grand Prix was a star-studded affair, and an estimated crowd of 82,000 spectators turned up for qualifying in the track built around the Hard Rock football stadium.

Leclerc is eager to put his mistake from Imola behind him, when he squandered a podium spot while attempting to attack Perez in the final laps of the race. Meanwhile, Verstappen should still be worried about his Red Bull’s reliability, with overheating issues bothering him on Friday. He has won every race he finished so far, but he is far behind in points due to his DNFs.

The Red Bulls clearly have the pace to challenge the Ferraris, but they need to finish races more consistently to give Verstappen a chance of retaining his world championship title. Meanwhile, Hamilton has already admitted that the Mercedes cars are not fighting for the championship this season.