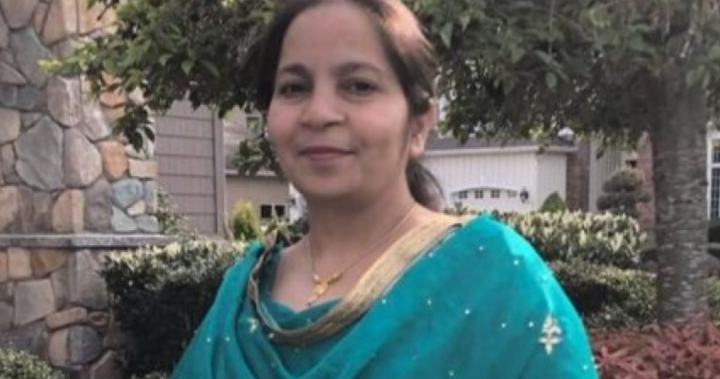 The family of a woman killed by a runaway delivery van in December, 2020, is now suing Amazon, two companies and the delivery driver for damages.

Paramjit Masutta was walking her twin eight-year-old girls home from school on Dec. 15 when the collision occurred near 144 Street at 61A Avenue.

The lawsuit states Masutta, 47, pushed her daughters out of the way but was unable to avoid being struck herself and dragged under the vehicle.

She suffered “severe injuries” states the lawsuit and died at the scene.

The van was being driven by Jeo Kurian who was out of the vehicle at the time making deliveries for Amazon and, or, Damy Logistics.

The Ford somehow rolled down 144 Street, struck a southbound vehicle, crossed over northbound and then rolled on to the sidewalk, the lawsuit states.

It also states the van was parked illegally as it was facing north against traffic.

The lawsuit said Kurian failed to park the van in a safe manner, including not using the emergency brake or putting the vehicle in park and operating it at a time when his “ability to do so was impaired by the use of drugs, alcohol, weariness, medical causes or other causes.”

It also states Amazon, Damy Logistics, or Foss National Leasing were negligent by failing to have the Ford van equipped with proper braking systems, warning devices and any other devices necessary for the proper and safe operation of the vehicle.

Additionally, the lawsuit states the companies were negligent by failing to know or having the means to know that Kurian was incompetent to drive.

The Masutta family, Paramjit’s husband and two children are seeking damages for loss of guidance and companionship of their wife and mother, future loss of support, loss of household assistance, loss of past and future income and loss of inheritance.

None of the allegations have been proven in court and neither Kurian, Amazon, Damy Logistics nor Foss National Leasing has filed a statement of defence in response.

2:04
New details on heroic Surrey mother who died after saving her children

New details on heroic Surrey mother who died after saving her children – Dec 17, 2020