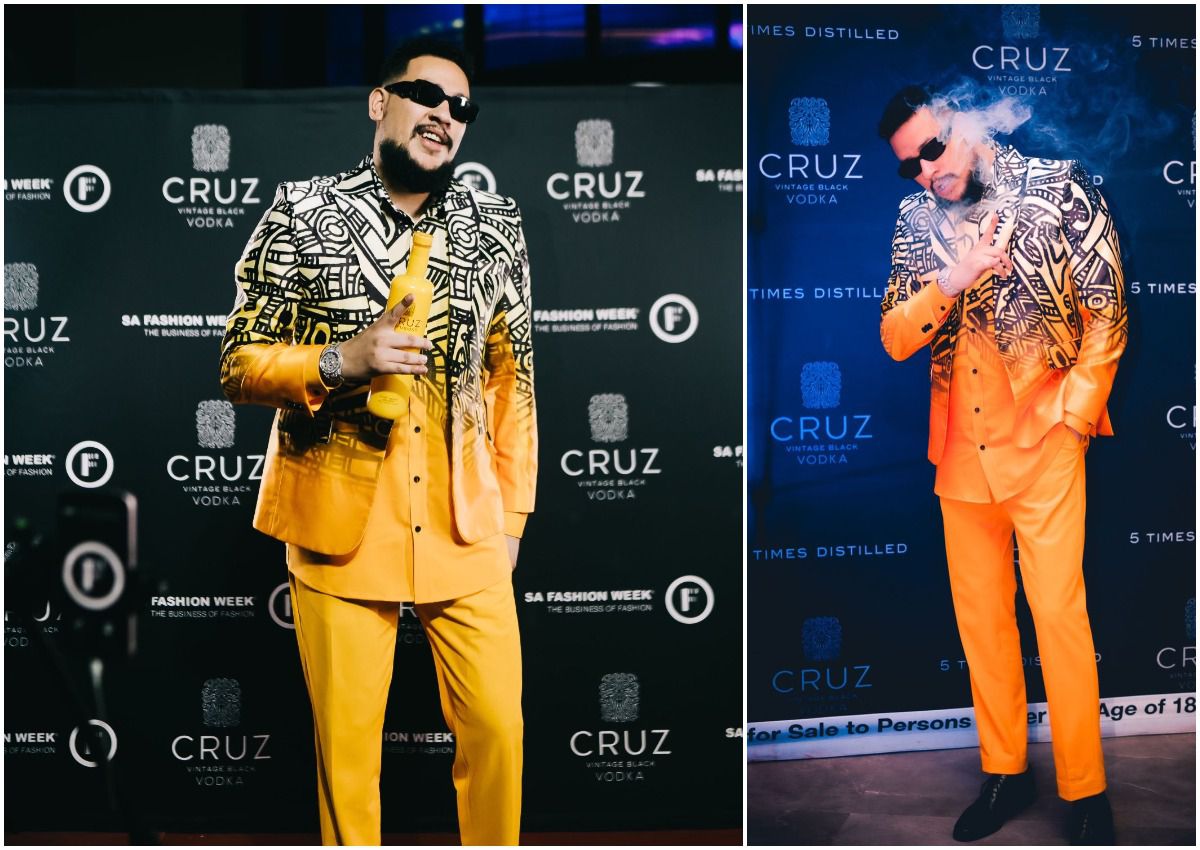 South African Fashion Week (SAFW) kicked off with a bang on with some of the boldest looks worn by Mzansi’s biggest stars…and leading the way was rapper AKA.

The hitmaker attended the launch party of the biggest event on the calendar, held at the The Fire Room at the Mall of Africa on Tuesday 26 April.

But fans were not entirely convinced his fashion game is as good as his rap one.

AKA SAFW LOOK – HOT OR NOT?

Taking to the red carpet, AKA wore a bold custom suit by House of Ole which featured black, yellow, and white print. In true rapper style, he added his own touch with an iced-out watch and a mouthful of bling.

But the look was much different from what we’ve seen on the hitmaker, who regularly dons oversized hoodies and designer kicks to his concerts

But not everyone was thrilled to see AKA in the larger-than-life look. On Twitter, many fans mocked the busy print and bold colours of his outfit.

@ReratileKG: “Why’s it look like Aka got dipped in some yellow paint?”

@Malcom_Damn: “SA designers really need to up their game”

Others even compared AKA to WWE star Seth Rollins and former Rhythm City character David Genaro!

But loyal AKA was impressed and praised “Super Mega” on his sense of style.

MORE BOLD LOOKS FROM THE NIGHT

Joining AKA on the red carpet was girlfriend Nadia Nakai who wore a velvet green dress by Scalo.